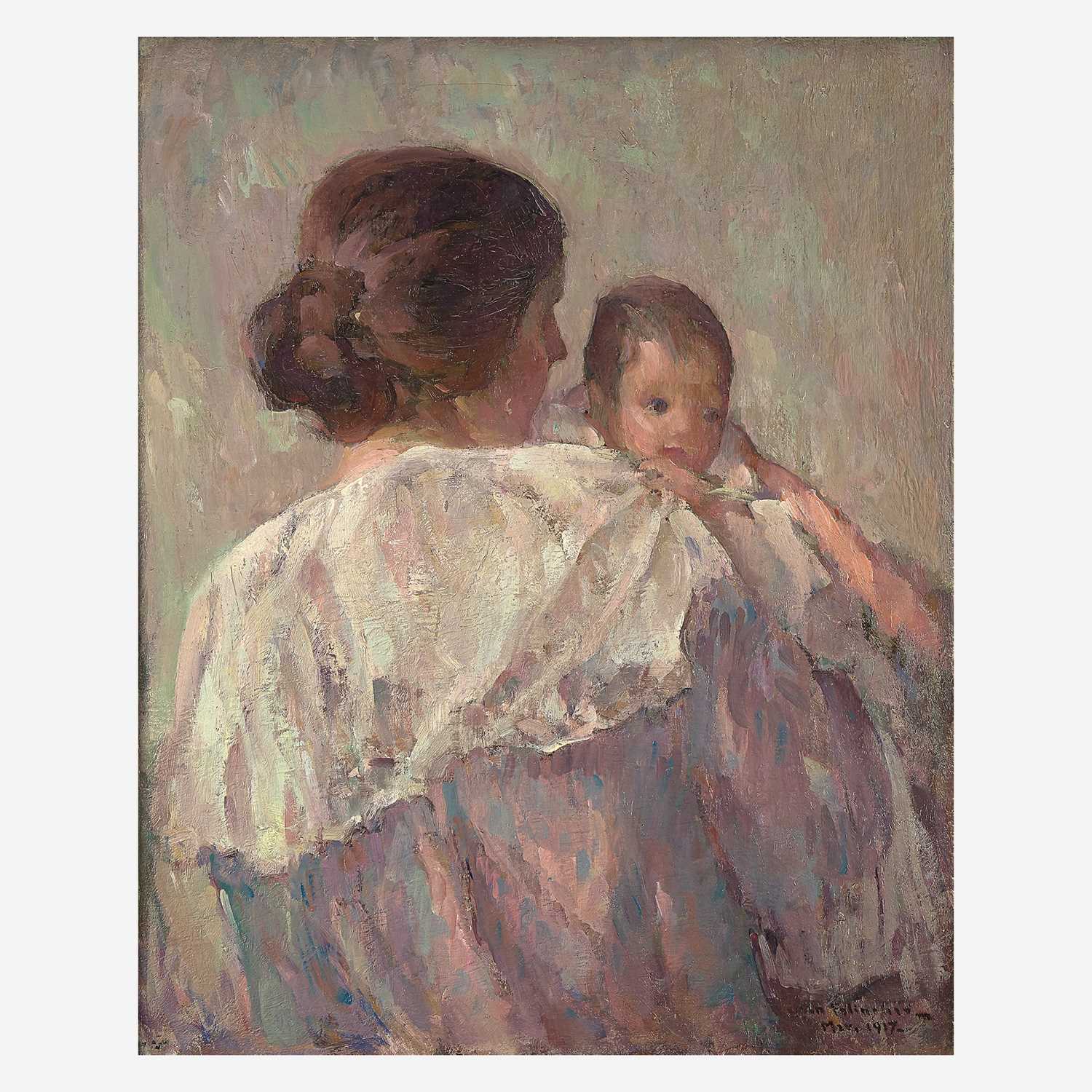 John Folinsbee and his wife Ruth Baldwin welcomed their first baby, Elizabeth, in February 1917. The present work depicts the artist's wife holding baby Beth in her arms, shortly after her birth. Because he had contracted polio seven years earlier, Folinsbee did not think he could have children. The present painting, Mrs. Peltz' favorite, proves the contrary in a triumphant manner, and showcases the artist's burgeoning love and tenderness for his newborn daughter. The family would welcome a second daughter, Joan, two years later in July 1919.

While Folinsbee preferred to paint landscapes, he executed some portraits, mostly of the people he loved or revered. The present work, the artist's first-known portrait, is an important example; several other double portraits of his two daughters would follow, as well as his famous portrait of his once master, Edward Redfield, two years before his death (1964, Private Collection).