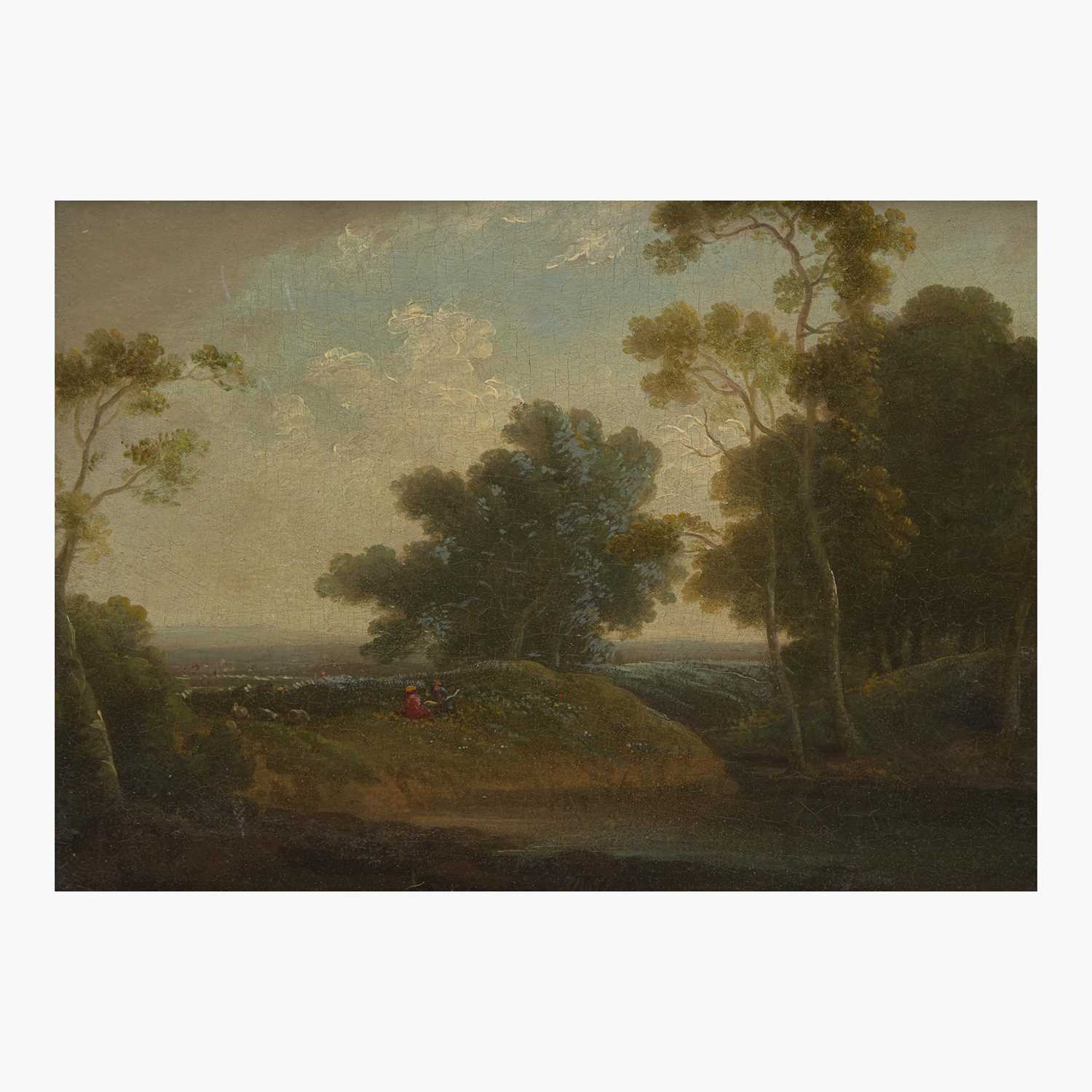 Born in Nebraska, John Falter began his career in illustration earlier than most of his comtemporaries, langing a signficant job before even graduating. Soon, Falter decided to moved to New York, and worked with George Wright to produce commercial works that could appak to both magazines and private clients. His talent led him to produce no less than 185 cover illustrations for The Saturday Evening Post, as well as over 300 recruiting posters for the U.S. Navy, all marked by a fierce attention to detail (allowed by a remote vantage point) and the desire to render an idyllic vision of rural America.

The present work showcases the artist's affinity to the West. As Dr. Lisa Peters states: "Located in northeast Linestone county Texas, Mexia was founded in the nineteenth century and named for a Hispanic hero of the Republic of Texas Army during the Texas Revolution. The town’s growth was spurred by the Houston and Texas Central Railway, which included a stop near the town, beginning in 1907. However, it remained a relatively small community until 1920, when the discovery of a natural gas deposit by the Mexia Gas and Oil Company led to a dramatic increase in the town’s population, from 3,482 to 35,000, over the course of a couple years. At one point in 1922, when local authorities could not control the town’s growth, martial law was declared. In 1922—the peak of the town’s oil production—thirty-five million barrels of oil were generated. (By the mid-1920s, when the initial oil boom ended, Mexia’s population, declined to 10,000.) It is the phenomenon of industry bearing down on a place that still carried on small-town life that Falter captured. The buildings along Main Street include prototypical village stores. Stores simply labeled 'Bakery,' 'Meat,' and 'Variety...Toys,' suggest that the town had only one of each kind of vendor. However, conspicuous in the lower left is a store labeled 'Oil Well Supplies,' demonstrating the infiltration of the oil company in the life of Mexia."

Armistice Day Parade of 1922, Mexia, Texas depicts Mexia's celebration of Armistice Day on November 11, 1922, probably the first celebration of its type in the town. While it is unclear if Falter indeed participated in the event, Peters considers that the painstaking details in the painting suggest that he could have had access to photographs of the event. The viewer here is presented with " a marching band led by drummers, a brigade of firemen with an old fashioned fire wagon, once pulled by horses, and a line of mounted men in cowboy hats and chaps, one of whom holds a flag that reads 'San Juan Hill,' referencing the 1898 Spanish-American War battle that took place near Santiago, Cuba. A barefoot boy in a tricorn hat walks with his dog in the parade, holding a flag aloft. A crowd of polite spectators stand at the sidelines, some holding their hands to their hearts to pledge their allegiance, while others salute the soldiers. Behind Main Street is a typical country church, its spire blending in with the towers of the oil wells that rise across the length of the town and into the distance. The towers seem to mimic the church spire as if to be innocuous under the guise of a religious association. In his painting, Falter contrasts the scene of joyful patriotic pride with the menacing, surreal presence of the oil well towers. Having replaced any signs of the natural landscape, they appear to move stealthily on the town."