Margaretta Angelica Peale (American, 1795–1882)
Still Life with Strawberries in a Plate with Cherries on Tabletop 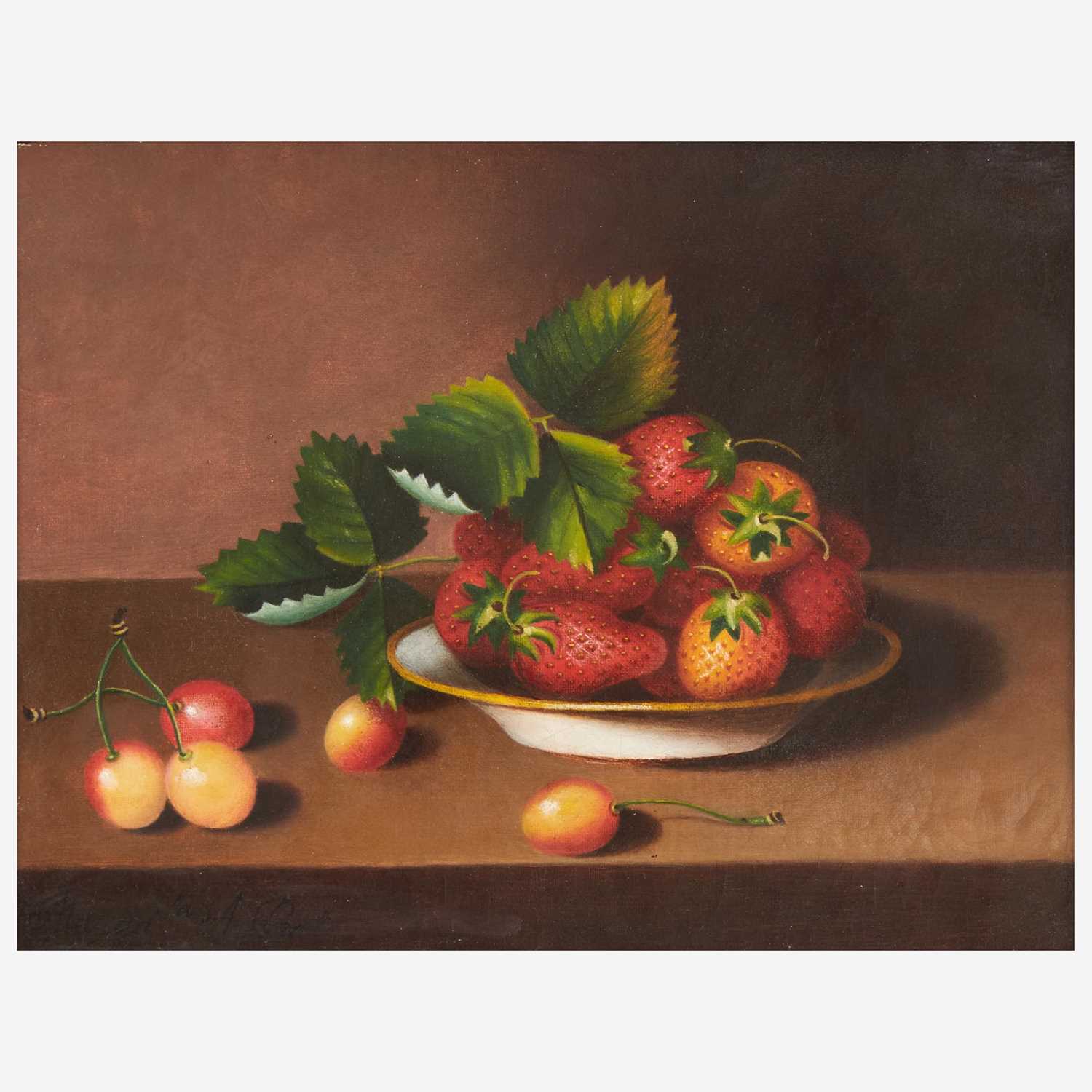 Margaretta Angelica Peale (American, 1795–1882)
Still Life with Strawberries in a Plate with Cherries on Tabletop

Although she never considered herself a professional painter, Margaretta A. Peale produced a series of exquisite and beautifully detailed still lifes throughout her short career, gifting them to her relatives and friends. Trained by her father James Peale and heavily influenced by her cousin Raphaelle, the first ever American painter of still lifes, Margaretta found her own aesthetic expression and left a body of work (limited in size, but not in quality) marked by a simple, yet highly poetic sensitivity. She is credited for having painted just about fifty oils, a third of which have only resurfaced.

The artist’s rarity on today’s market underpins the importance of the present and following works. Both denote the strong influence that 17th century Flemish Old Master painting held on the young female artist, and channel aspects of the art of Abraham Gibbens, Adriaen Coorte and even Louyse Moillon from France. Constructed on a subtle contrast of strong hues (green and red), which the neutral background enhances in each case, the still lifes are imbued with a timelessness and ethereal quality which makes them instantly recognizable.

Very precise and sharp in design and outline, the present work is an important example of still life with berries. A known composition that the artist revisited several times, it is originally derived from an earlier version now at the Pennsylvania Academy of the Fine Arts, which Margaretta Peale was one of the first female artists to join as a member, alongside her sister.

A note on the Provenance of the work

The present and following lots come fresh to the market with an illustrious provenance. The canvases were gifted by Margaretta Peale to her older sister, portrait miniature painter Anna Claypoole Peale, who married Brigadier General William Duncan in 1841. After receiving a brigade command at camp Dupont near Wilmington during the War of 1812, Duncan was among the founding members of the Board of Trustees of Thomas Jefferson Hospital (now Thomas Jefferson University) and helped organize, together with his brother Steven Duncan Esq., the Historical Society of Pennsylvania.

The history of the Duncan and Peale American families are intimately weaved, both having played major roles during the burgeoning years of the American Revolutionary War. As the ultimate visual representation of the link uniting the two illustrious families, these two still life paintings by Margaretta Peale stand out as iconic images, a true part of Philadelphia's and America's (art) history.