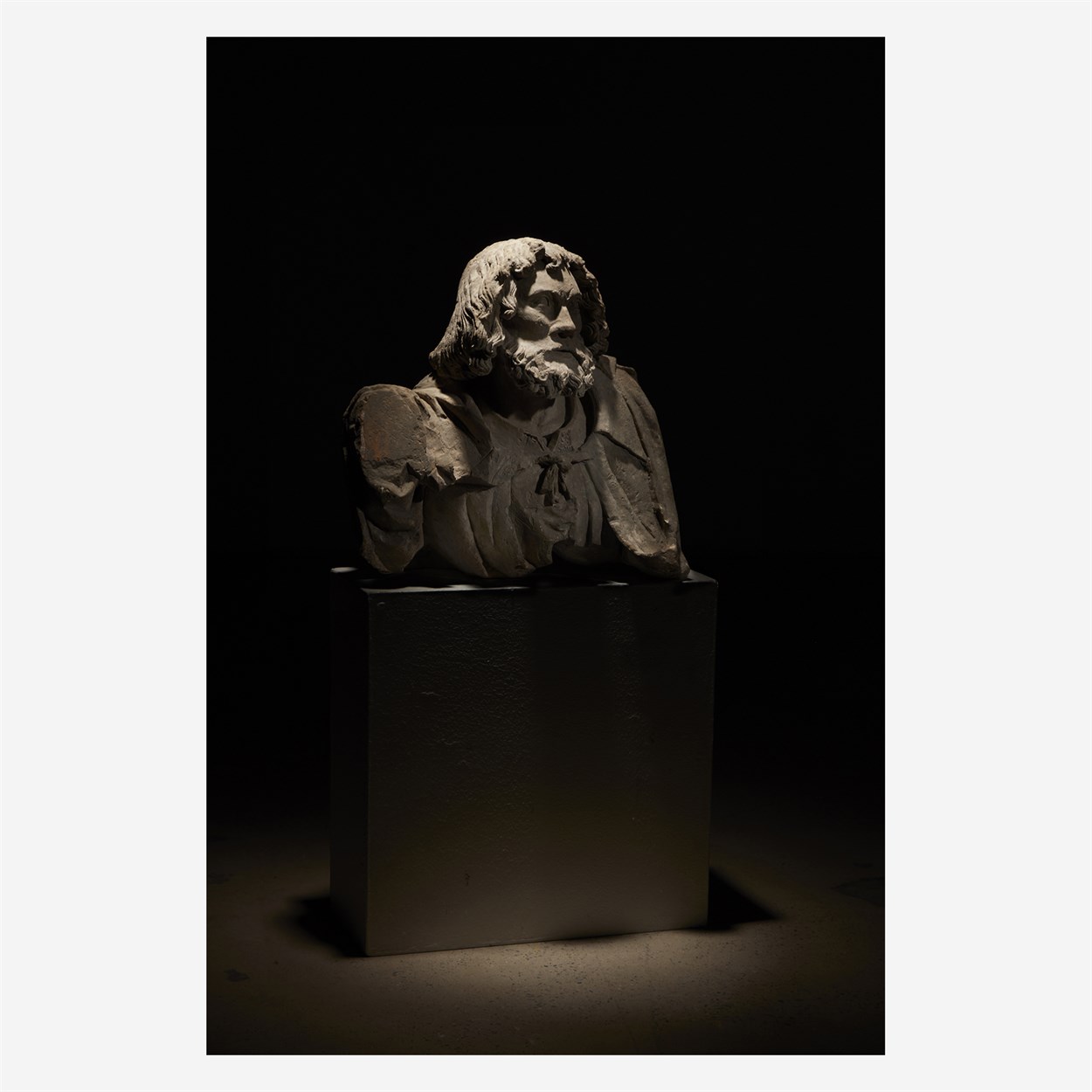 This life-sized bust, carved of the iron-veined limestone of the Strasbourg region, is depicted with a dramatic and rugged verisimilitude in the manner of the masters of Strasbourg Cathedral, Hans Hammer and Nicolas Gerhaert de Leyde. His dynamic pose, frozen in a moment of plastic torsion, incorporates Renaissance ideals of individuality and movement in art reaching the Rhine River basin at the end of the 15th century. His face, carved with virtuous plasticity and highly individualized features, hints at a portrait of a true individual, with hollow cheeckbones, almond eyes, and a wide nose. At the same time, his grief-stricken eyes turn plaintively to heaven, betraying any sense of Gothic stoicism, as his inner turmoil and psychological tension are laid bare. The moment seems to be one of prayer, the man probably on his knees, his hands, now lost, once clasped and raised in lamentation.

His finely wrought garments, comprised of a heavy and luxurious mantle, a vest with delicately floral embroidered collar, and a soft undershirt, are the uniform of a bourgeois man of means. This may be the costume of a wealthy urban merchant, a patron whose donation has afforded his likeness immortality in the iconography of his local church. He may also be a Biblical figure, though one of the secular world. Comparisons can be made to the bearded figures of both Nicodemus and Joseph of Arimathea depicted in the Deposition