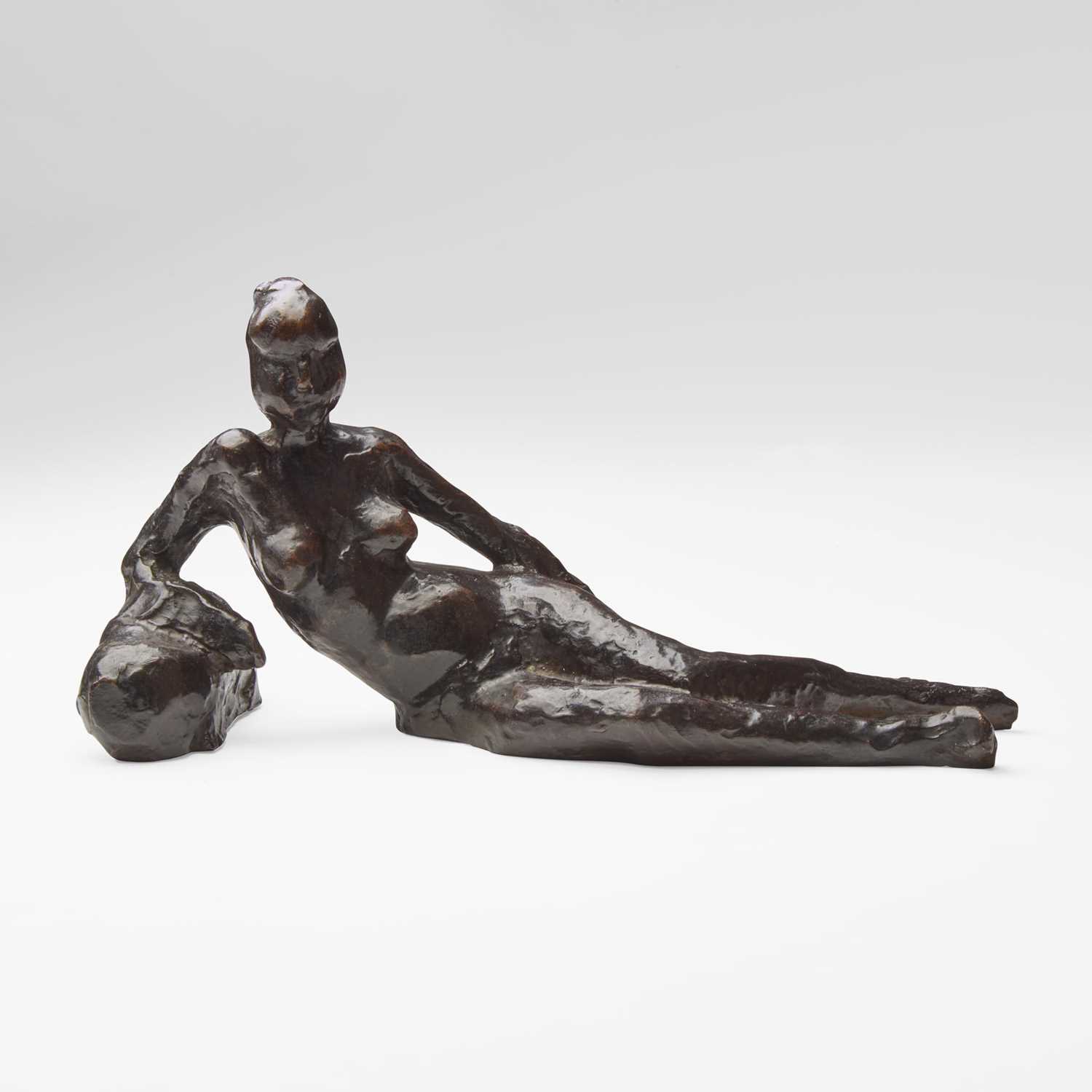 Paul Cézanne’s paintings of bathers had a particularly strong impact on the younger artist Henri Matisse, who once called Cézanne “the master of us all.” Matisse’s many paintings, sculptures and drawings of male and female bathers and nudes in various poses and settings reveal this ongoing influence. In 1909, Matisse began working on a series of large sculptures of a female figure’s back, four works that form a study of abstraction, movement and grace. Matisse created the present sculpture, Petit Nu au Polochon, shortly after the third “back” in his series, clearly working through similar ideas on a more personal, intimate scale. This work exudes a strong tactile quality, one can almost feel the materials being turned over and manipulated in Matisse’s hands, as he played with the form.

Henri Matisse sculpted Petit Nu au Polochon in 1918, as he was spending increasingly more time in Nice, where he would eventually settle full time. The leaning and reclining nudes in his sculptural work and painting from this time also refer to the trope of the odalisque; here the nude is on display, seductively propped up on a cushion, inviting the viewer’s gaze.

Other editions of Petit Nu au Polochon reside in the Musée Matisse, Nice, The Cone Collection at the Baltimore Museum of Art and in important private collections internationally. Matisse’s legacy persists and several recent museum exhibitions celebrate his continuing relevancy for artists, art historians and collectors alike, including Matisse: The Red Studio at the Museum of Modern Art in New York, which will be traveling to Denmark this fall, and Matisse in the 1930s, opening October 20, 2022 at the Philadelphia Museum of Art.