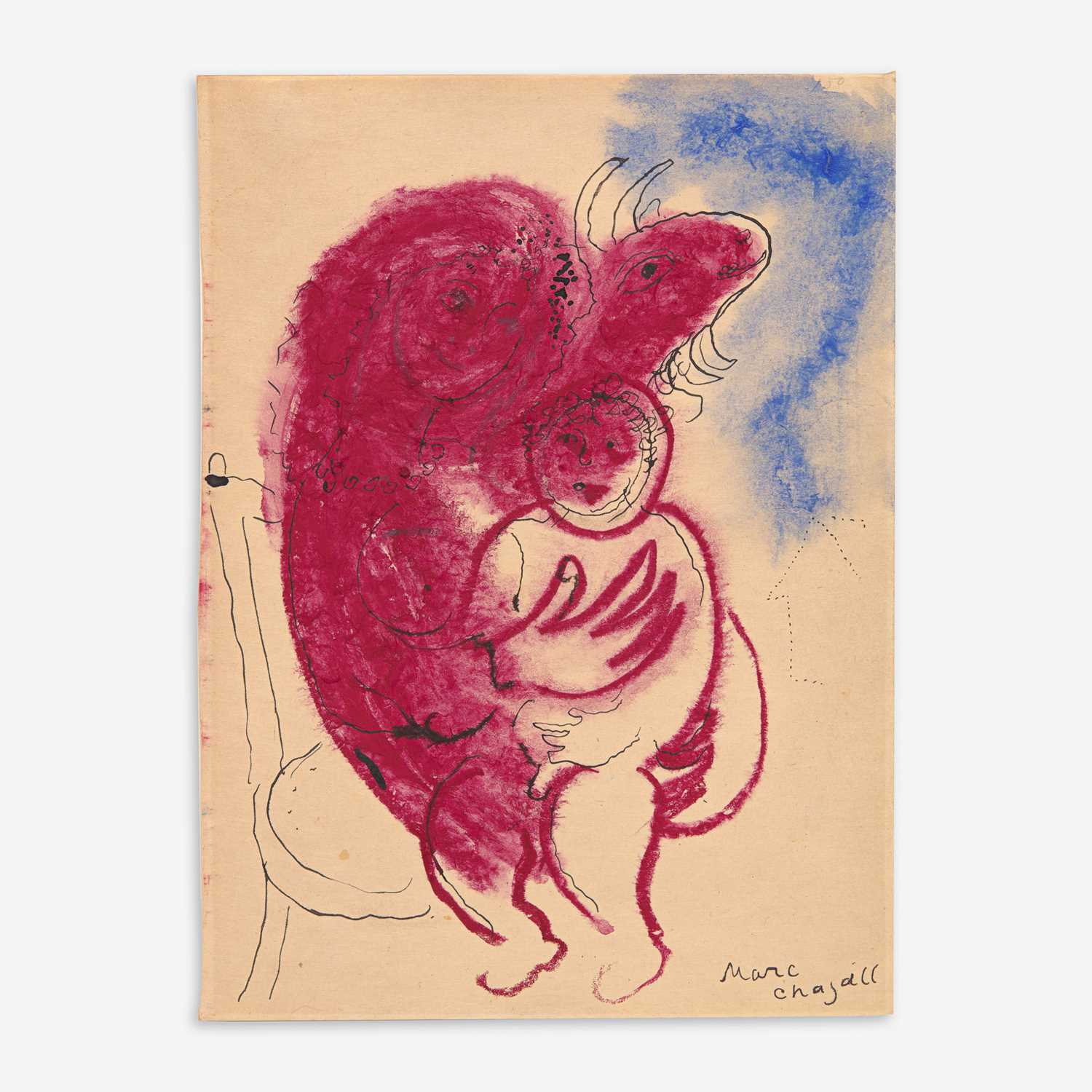 We wish to thank the Comité Marc Chagall for confirming the authenticity of the present lot, which will be accompanied by an official Certificate numbered 2022036, signed by Paul Schneiter, and dated February 25, 2022.

Whether they are summoned as a subtle, provocative, or sometimes etheral force, women completely inhabit Marc Chagall's oeuvre. Here, the female figure does not float in the sky; she does not haunt the artist's memory, but instead appears as the biblical matriarch, a mythical figure in whom lies the secret, and the mystery of creation. Chagall uses the curves and the soft edges associated with the woman's nude body to exalt a proud and humbling feminity, and to suggest a moment of tenderness and communion between the mother and her child, - symbiosis blessed by the artist's totemic presence of a goat in the background. The motif, so sharply contoured in black ink, stands out against a blue and pink coored background, evocative of a certain serenity and gentleness. Executed in 1952, the work again echoes the artist's own calmed feelings towards his past and present i.e accepting of his two children, grateful for his two past lovers, and at peace with his third and final wife, the ultimate mother, lover and muse.