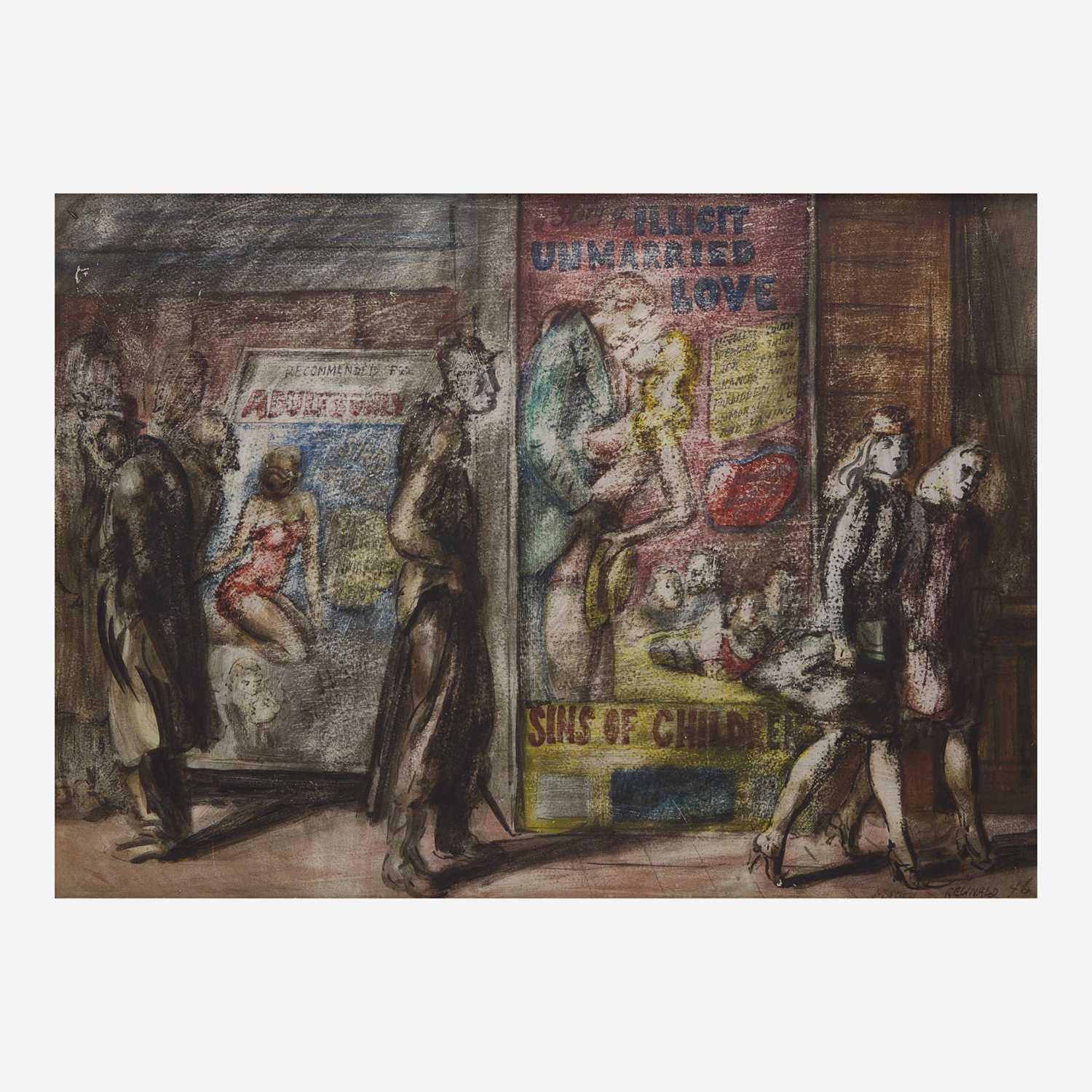 Movie theaters and became a primary form of entertainment for any urban population in American in the 1930s. It is particularly true to the lower, working class, for whom motion pictures, and the glamorized stardom associated with it, offered an escape from their daily life and grunt. As a true descendant of the Ashcan School, Reginald Marsh particularly enjoyed to depict passersby at the entrance or exit of Midtown's local cinemas, and as such offered an uncanny, almost journalistic, view of daily life in New York's popular neighborhoods. Here, Marsh arranges a frieze of different figures on the sidewalk as if it were a stage. All seem to play a specific part, a type almost: the alluring women, the harried (and therefore blurred) workers, the nonchalant stroller, and the grumpy older man. In doing so, Marsh blends fiction and reality; he ties the movie posters in the background with and "real-life" actors, distributed on the foreground stage set. By their latent romantic, if not sexualized, theme, the colorful and detailed posters in the background also imply the possibility of an exchange between the man and nearby women, and allude to the inherent tension at play in the highly misogynist streets of New York City - a harsh, wry reality which Marsh does not wish to hide.