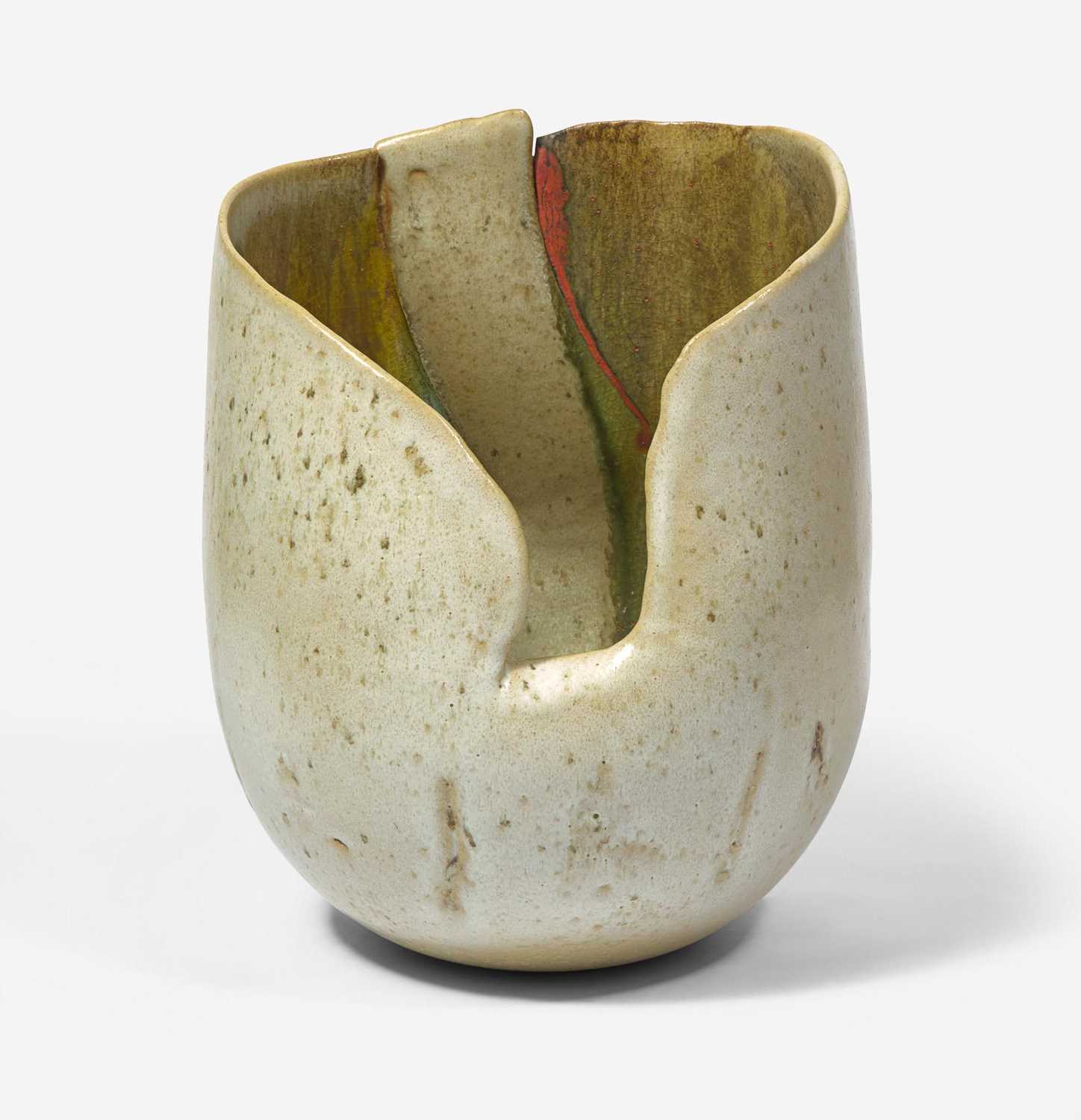 Master American ceramicist Richard DeVore was born in 1933 in Toledo, Ohio and attended the University of Toledo for his undergraduate art education. He later received a graduate degree from the Cranbrook Academy of Art in Bloomfield Hills, Michigan, where he studied with the Finnish-American ceramicist Maija Grotell, who greatly influenced his artistic career. DeVore eventually returned to the faculty and led the ceramics department at Cranbrook beginning in 1966, where he had a lasting impact on younger artists at an iconic institution for American craft.

The clay and porcelain vessels of DeVore’s mature style reference the human body with their delicate, skin-like surfaces and curving, undulating rims. His color palette became more minimal over the course of his career, with subtle greens, beiges and grays allowing the forms and nuances of shape to take precedence. Many critics focus on his fluid forms as exemplifying erotic undertones in his pieces, again referencing a tension in the body that is felt in his forms. DeVore died in 2006 of lung cancer, leaving a legacy of work that is included in major museum collections in the United States and beyond, including the Philadelphia Museum of Art, the Smithsonian Institution in Washington, D.C., the Los Angeles County Museum of Art, and the American Craft Museum in New York.