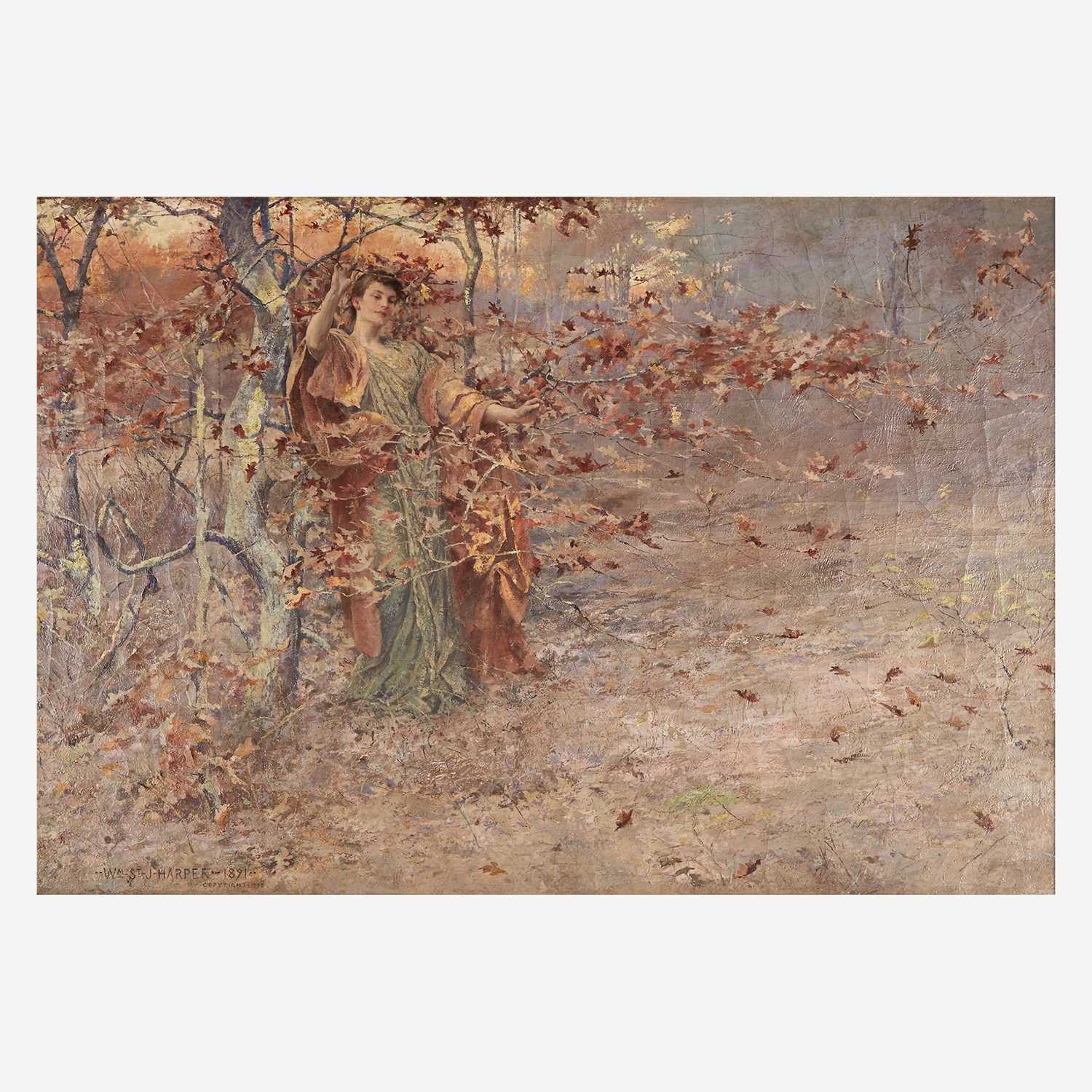 The present painting won the Thomas B. Clarke Prize in 1892, no doubt prompting the artist's election as an Associate at the National Academy of Design. Following his win, St. John Harper seldom exhibited again. Today, he is mostly known for the portraits of women and children he would capture often in a state of bliss harmony.