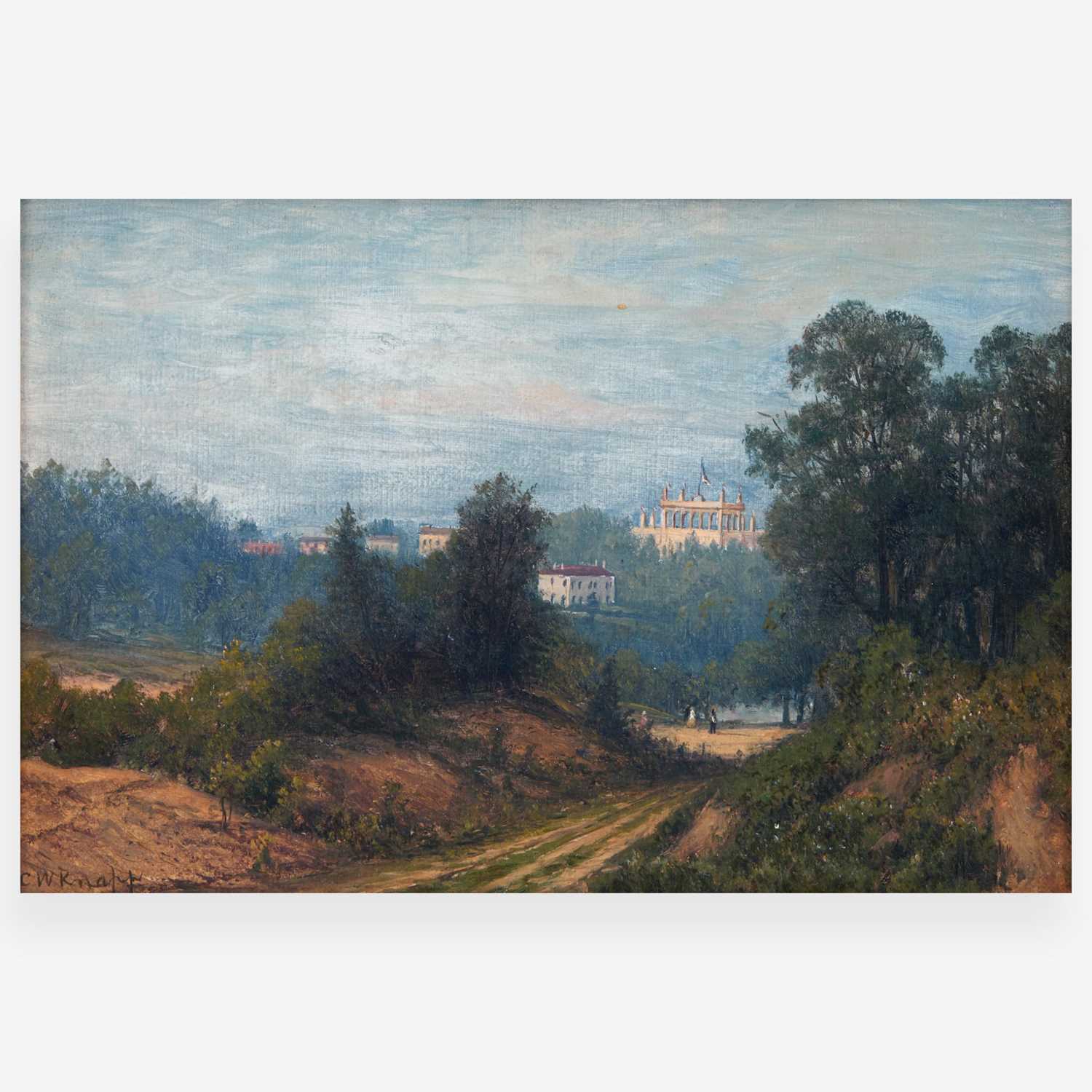 The present work and the following one commemorate Philadelphia's 1876 Centennial Exposition, the first official World's Fair to ever be held in the United States, and set to mark the 100th anniversary of the signature of the Declaration of Independence in the City of Brotherly Love. The large-scale event, which lasted from from May 10 to November 10, 1876, was held in Fairmount Park, along the Schuylkill River. The present work presents a large view of the Park from a high vantage point, and most certainly focuses on the Main Exhibition Building, conceived and built by architect Henry Pettit and engineer Joseph M. Wilson. Then considered to be the largest building in the world, it was ultimately demolished in 1881. The nearby Memorial Hall was preserved however, and now houses the Please Touch Museum.