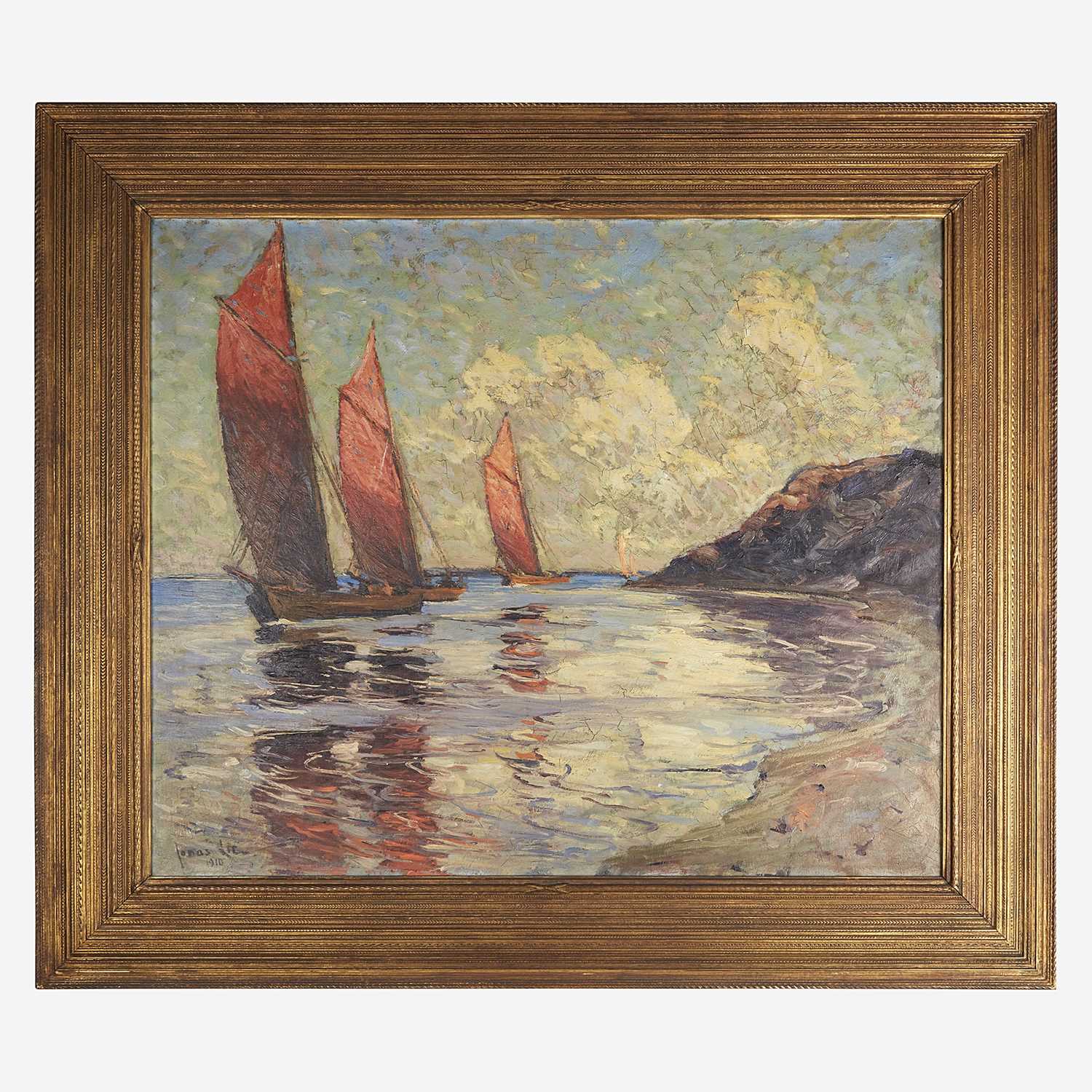 Born in Norway in 1833, Jonas Lie is best known for his depictions of harbors, rocky coasts and seascapes with boats usually viewed through clusters of birch trees or gently sailing on a calm sea, such as in Fishing Boats, Early Morning. While realistically depicted, the shimmering blue sea, cloud-filled sky, sailboats, and rocky shore here reveal Lie's tendencies toward impressionism - in particular, Claude Monet's work, which greatly influenced Lie's use of color, atmospheric light effects and bold compositions. The waves and the boats in Fishing Boats, Early Morning serve as a device to deepen the picture plane and add perspective to the scene. It also helps create the effect of the vessels slowly approaching the shore from the serene waters, the upper portion of the latter being darker in palette and more placid than the lower portion, lighter in palette and gently broken by soft ripples. Regarding the importance of color in his paintings, Lie said, "color is the chief medium through which we attain pictorial expression; but color must be interpretive, not imitative." While Lie is better known today in the U.S. than in Norway, his Norwegian roots influenced his art, as Lie stated: "All the keys and chords and harmonies of my work come from the North, and each year, when I know the midnight sun will soon be shining, I feel a pull which makes me go there and see it." The artist's predilection for painting boats either leaving or returning to shore as depicted here further demonstrates his attachment to his Norwegian roots.

As exemplified by the two following Lots, Lie was also well-versed in the genre of still-life painting, applying his Impressionist touch to depict fowers in full bloom, suggesting the delicacy and fragility of the soon withering beauties.