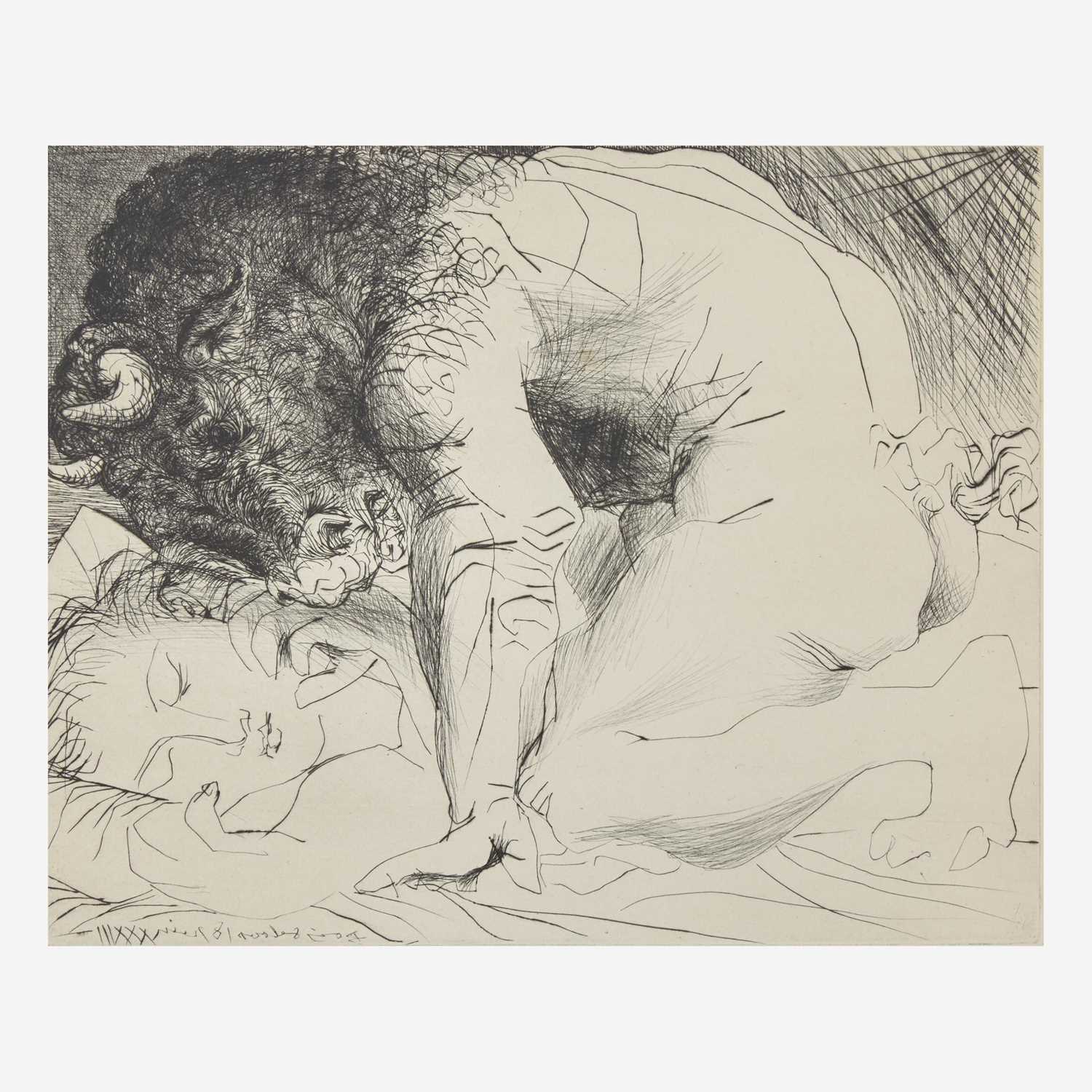 Pablo Picasso once said, “If all the ways I have been along were marked on a map and joined up with a line, it might represent a Minotaur.” The Minotaur, imagery of bulls and bull-fighting and mythological creatures all played an important role in the artist’s creation throughout his career. Within the context of the personal upheaval Picasso experienced in the 1930s, the Minotaur represented a sort of alter-ego for the artist, a powerful creature symbolizing “lasciviousness, violence, guilt, and despair.”

The present lot, Minotaure Caressant une Dormeuse, is part of the Vollard Suite, an important series of etchings published between 1930-37 by one of Picasso’s first dealers and collectors in Paris, Ambroise Vollard. The suite includes one hundred prints which primarily focus on the artist’s studio and creative process. This example represents one of the more aggressive scenes in the series, with the Minotaur figure bearing down on the sleeping woman, nostrils flared and muscles rippling, and with most of the detail of the picture residing in the creature’s massive head.