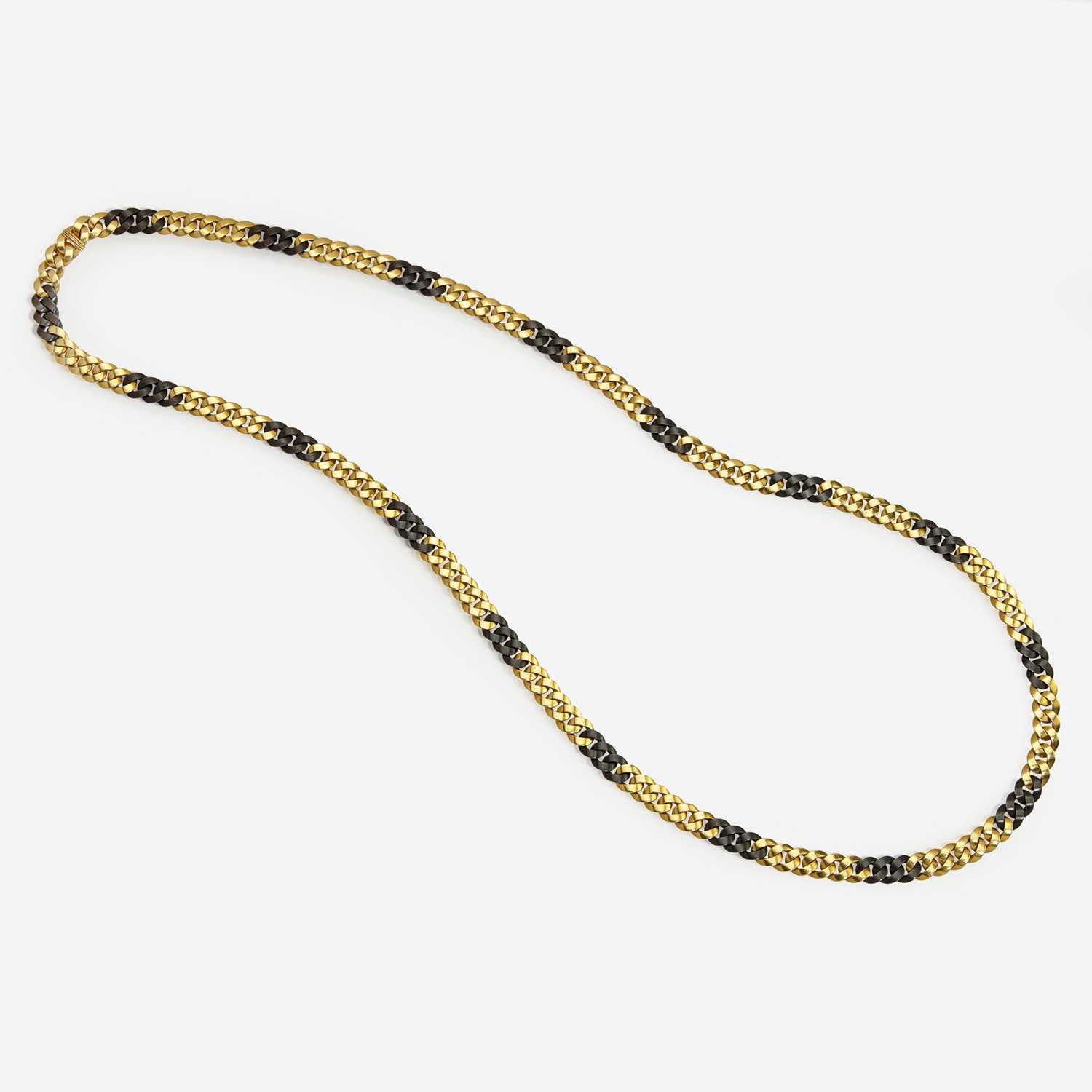 A Bvlgari curb link chain, with alternating sections of 18K yellow gold and blackened links circa 1995. Necklace can be worn long, or doubled.

A Bvlgari curb link chain, with alternating sections of 18K yellow gold and blackened links circa 1995. Necklace can be worn long, or doubled.

Bvlgari was started by Sotirio Voulgaris, who came from a line of Greek silversmiths that taught him the craft. In 1877, he left his hometown and transferred to Corfu and then Naples, before settling in Rome in 1881.

It was here that Voulgaris Romanized his name to Bulgari and with his mentor Demetrios Kremos opened a shop in 1884. Patrons on their way to St. Peters Basilica would pass their store of silver jewelry and curiosities, and the store became a quick success.

Bulgari was able to open another shop in Rome, originally named the Old Curiosity Shop to draw in tourists looking for unique souvenirs. The store is still considered to be the flagship store for the brand, and can be visited today.

Bulgari's two sons joined the business in the early 1900's, and when Sotirio passed away in 1932, they rebranded to the BVLGARI trademark that is used on their pieces to this day. The brand had expanded to ladies wristwatches by the 1920's, heavily inspired by the aesthetics popularized during the Art Deco era.

The iconic Serpenti watch style was developed in the 1940's, designed as a snake wrapped multiple times around the wearer's wrist. The Serpenti style was heavily inspired by snake motifs popular in ancient Mediterranean designs.

By the early 1970's, the brand had reached such acclaim that they were able to expand further into Europe, as well as establishing locations in the United States. Since then, Bvlgari has become known across the globe for their innovative designs, unconventional materials, and excellent craftsmanship.