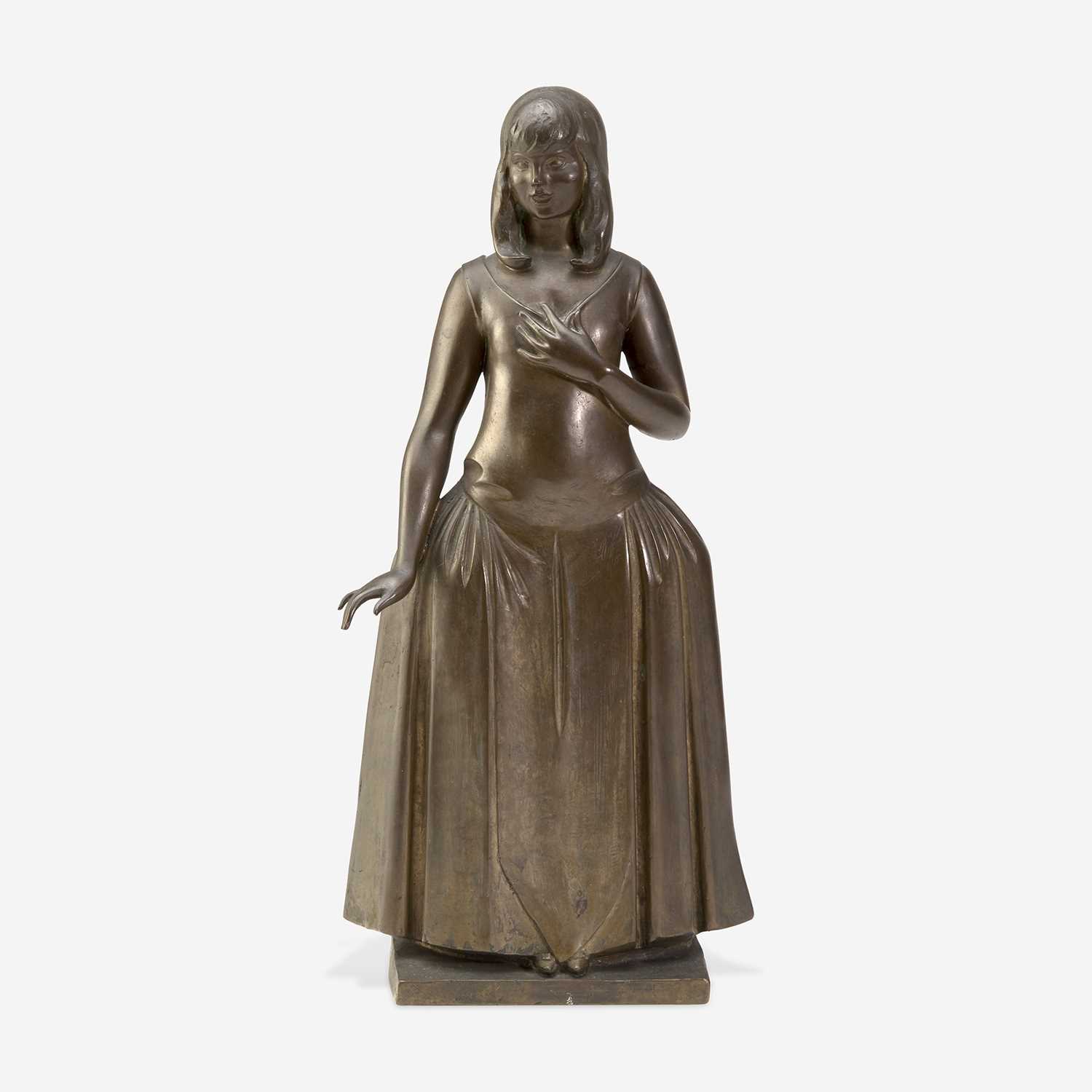 The Lachaise Foundation has assigned the identification number LF 205 to this work.

Gaston Lachaise likely decided to create this charming portrait of Marjorie Spencer (b. 1904), the sister of the painter Niles Spencer (1893-1952), when he saw her in 1923 at a jolly Thanksgiving party in Woodstock, New York, hosted by Slater Brown (1896-1997), Hart Crane (1899-1932), and Lachaise’s stepson, Edward Nagle (1893-1963). He may have sought to please his stepson, who entertained a deep, ultimately unrequited infatuation with Miss Spencer. Three bronze casts were produced in early 1924. Two were promptly delivered to his dealer, John Kraushaar, owner of the C. W. Kraushaar Art Galleries, New York, and one of them was exhibited in May of that year. The present cast, as part of the dealer’s estate, was auctioned in 1947; the other Kraushaar cast is unlocated. The third cast, originally intended for the sitter, was sold by Lachaise in 1930, and auctioned in 2007. A cast of the upper half of the work [LF 205A] was sold by the artist in 1929, and remains in a private collection. No other casts of the statuette are known, and the plaster model is lost. - Virginia Budny, author of the forthcoming catalogue raisonné sponsored by the Lachaise Foundation