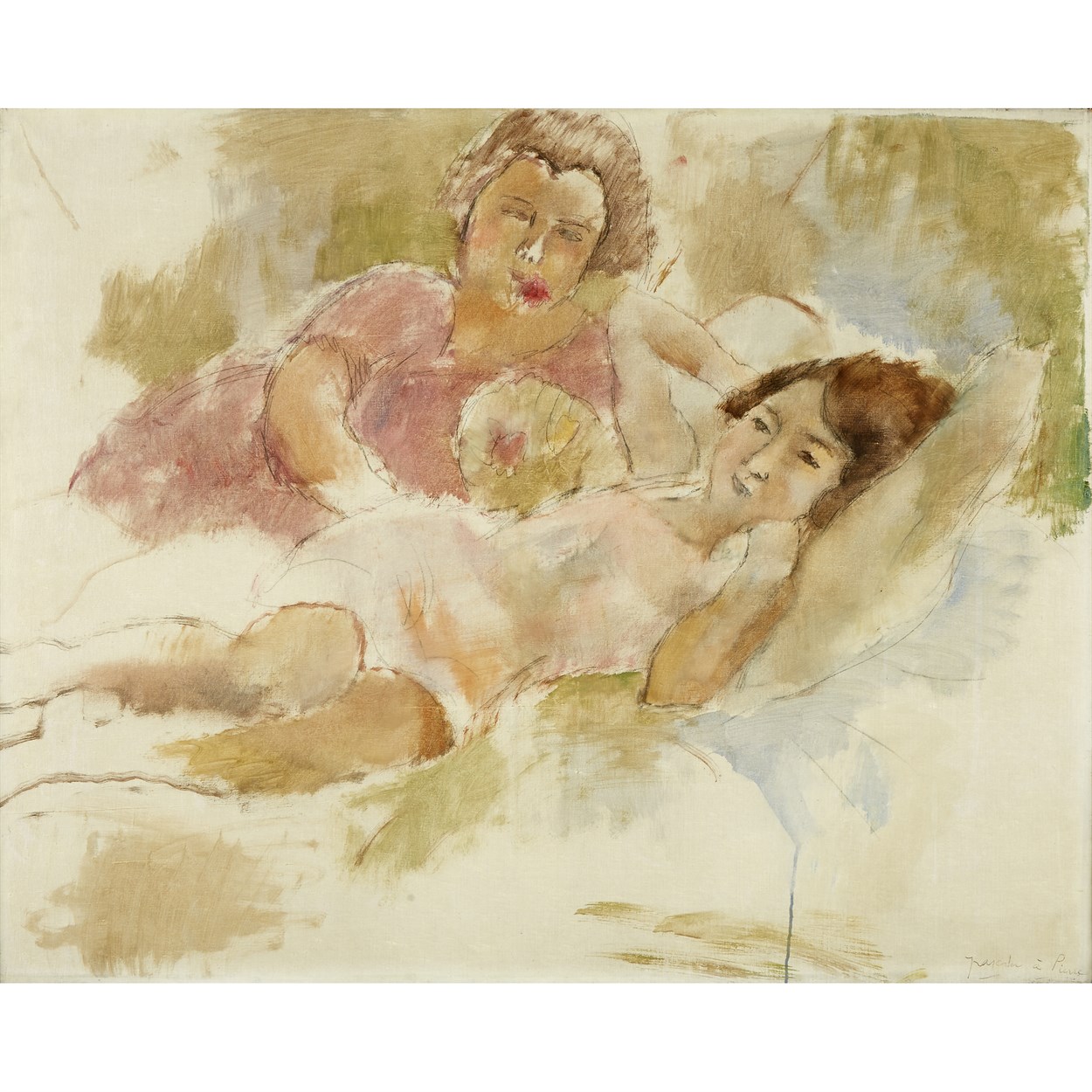 Often called the "Prince of Montparnasse," Jules Pascin lived and worked among the Bohemian artists and writers of early 20th century Paris after spending his early years in Vidin, Bulgaria, Vienna and Munich. Pascin was estranged from his family, who had frowned upon the satirical drawings he published in newspapers and magazines and his studies of nudes at brothels. The female form remained his primary artistic preoccupation throughout his career, from his early drawings and watercolors to his later experimentations with oil painting, inspired by Renoir and Cézanne. The two luminous paintings on offer here belong to a later moment, when his painting style reaches maturity, and his soft-focus women lounge and stretch and pout in frothy interiors. A brilliant draftsman at his core, Pascin builds up his figures from a charcoal or crayon drawing, fleshing them out while abstracting their surroundings enough to make them seem to appear out of a dream.