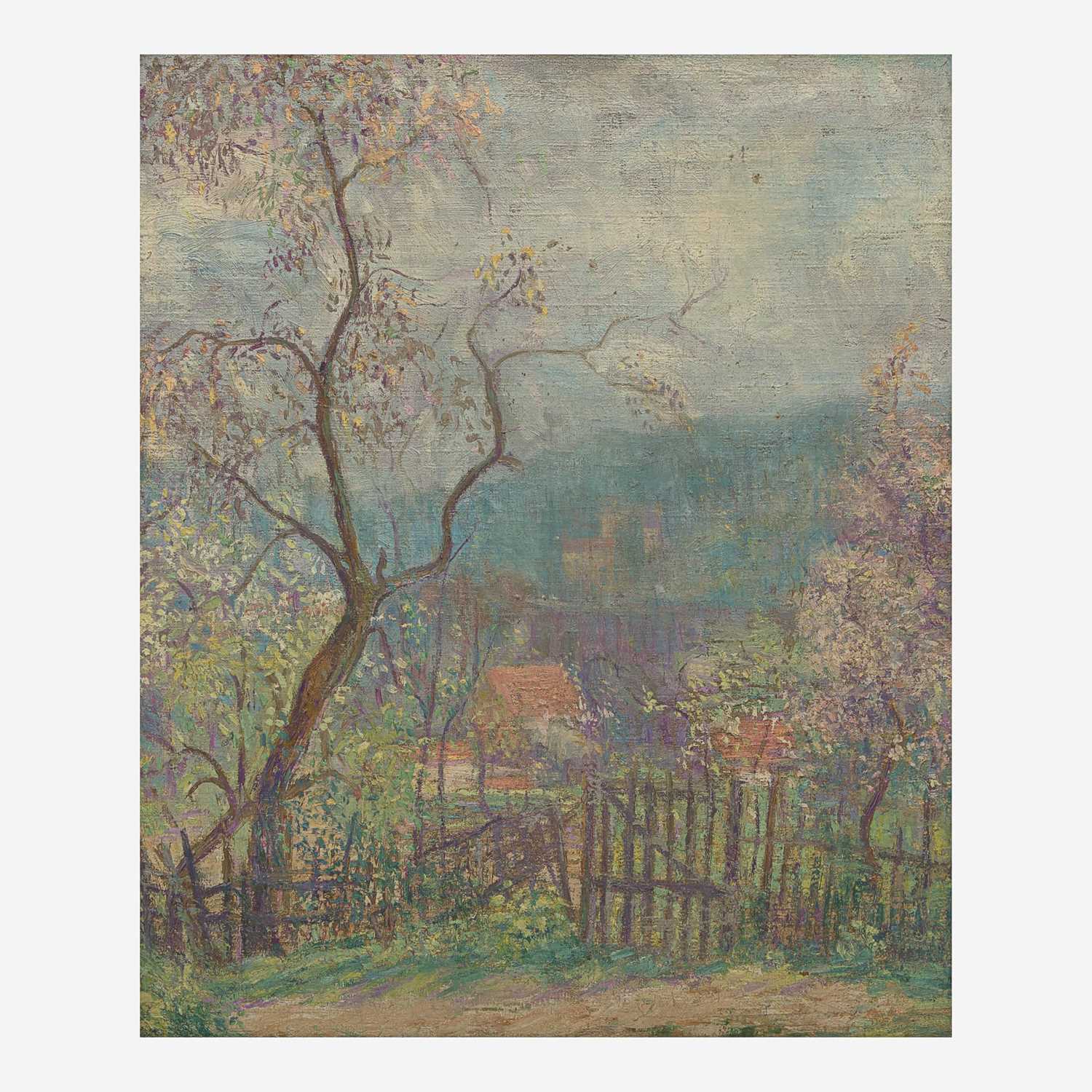 Born to an Armenian family in the Ottoman Empire in 1901, Manuel Azadigian moved to Philadelphia at age 11 to escape the persecution facing their community in Turkey. After settling into his new life and demonstrating a penchant for drawing, Azadigian matriculated at the Pennsylvania Academy of Fine Arts in 1918. He studied under Robert Vonnoh and Daniel Garber, the latter of whom wrote a letter indicating that Azadigian was capable a career much like his own. Upon his graduation from PAFA, Azadigian continued his studies in Paris at the Académie de la Grande Chamière before returning home to aid his ailing father. Tragically, just months after returning to Philadelphia, Azadigian lost a short battle with cancer on the cusp of achieving greatness in his career at age 22. As a result of his untimely passing, few paintings have surfaced at market. We are delighted to present this example of a spring cottage scene painted during his time in Paris, which draws on the Pennsylvania Impressionist influences he absorbed while a student at PAFA.