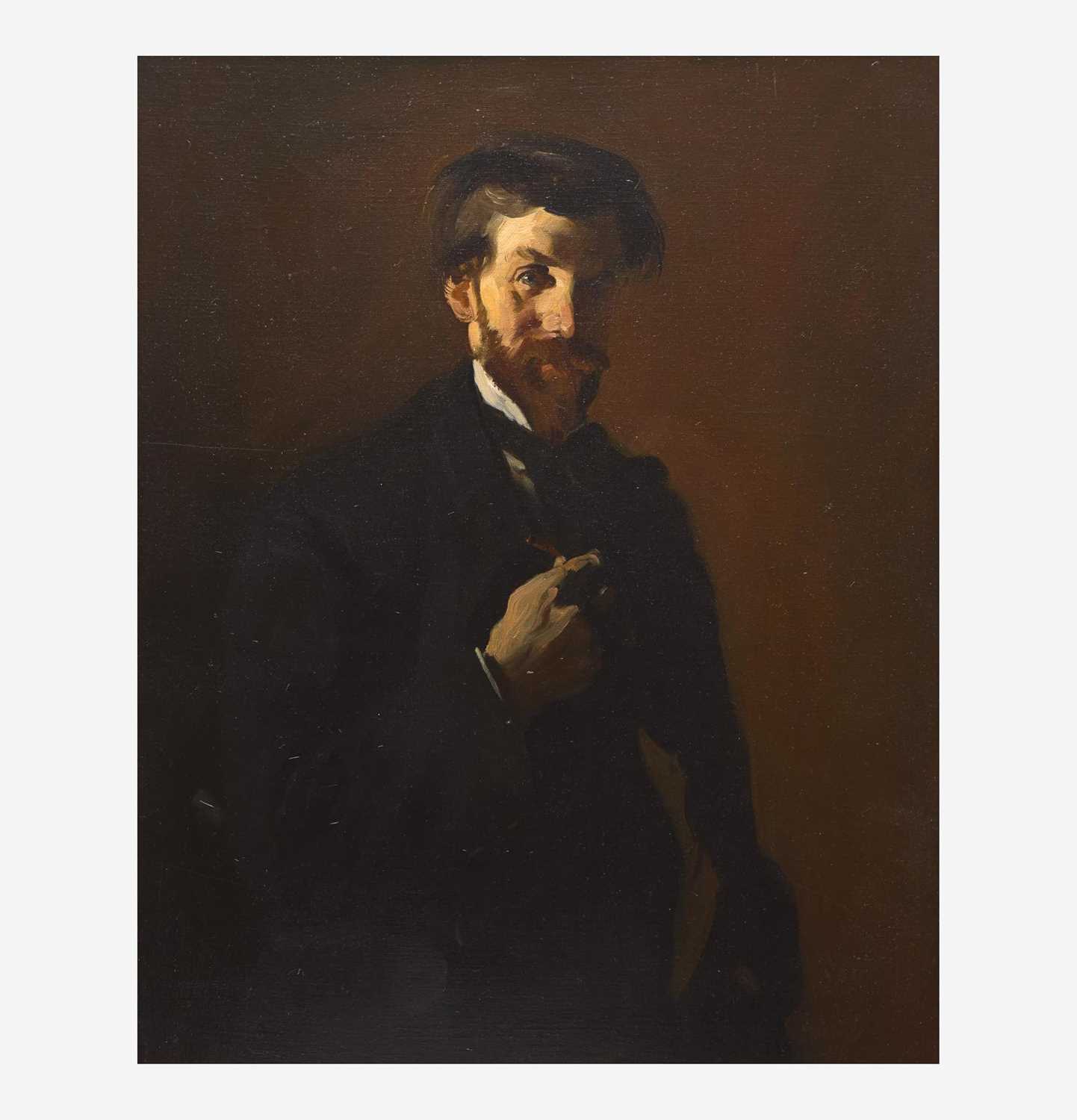 While he went on to become one of the most influential, and modern artists of his generation, Bellows remained grounded, humble and loyal his entire life, to his family, whom he cherished, as well as to his friends. In December 1907, George Bellows returned to his native Columbus in Ohio to visit his family. During his stay he painted a portrait of his father (now in the Columbus Museum of Art, Ohio) as well as two portraits of his close friend, the painter August Frederick Lundberg (1878-1928). Lundberg was born in Denmark in 1878 and had his early training at the Royal Academy of Fine Arts in Copenhagen. He moved to the United States in 1904 and settled with his wife in Columbus, where he worked as a set designer as well as scene painter throughout his life. While Bellows inscribed the smaller of the two versions and probably presented it to the sitter, the larger version stayed with him until his death, as a token of a special friendship.

Captured in bust-length, the American painter and friend of the artist is shown cigar in hand, staring directly at the viewer with a fierce, yet alluring, and highly arresting gaze, thus confirming Bellow's inimitable talent for recording his sitter's distinctive expression. Executed in a palette that bespeaks Bellows' ties with the Ashcan School—a harmony of limited blacks, browns, and maroons, which all dashingly contrast with the sitter's white collar—the portrait is remarkable by its bold and generous impasto. An early work in the artist's career, it contrasts with the more expected colorful landscapes Bellows eventually became known for, and serves as a reminder that at this point in time, Bellows aimed at following the footsteps of (and eventually surpassing) Winslow Homer, Thomas Eakins, and James McNeill Whistler. The portrait also shines as one of the most intimate pictures of his entire early body of work, a raw, spontaneous image of a friendship between two men, which belies the intention of the young Bellows and the philosophy of the Asccan School: connecting art to people, and revealing beauty in common, familiar places and faces.