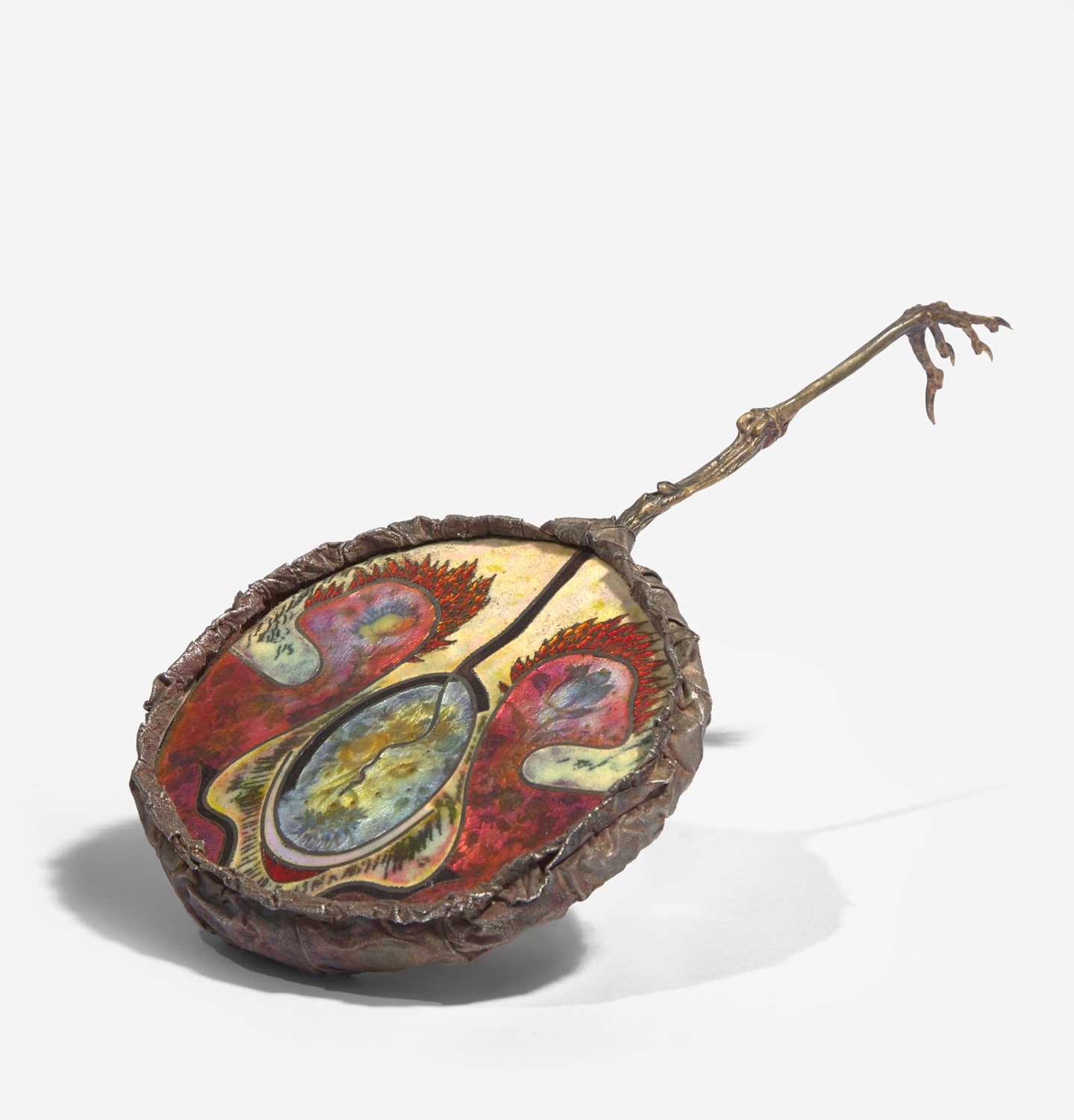 William Harper was born in Bucyrus, Ohio in 1944. Harper received his B.S. in 1966 and M.S. in 1967 in education from Case Western Reserve University. He studied advanced enameling at the Cleveland Institute of Art, studying with Kenneth Bates. A painter-turned-enamelist, Harper began producting enamel jewlry and objects in the 1970s. Harper was awarded a National Endowment for the Arts fellowship in 1978 and NEA grants in 1979 and 1980. In 1980 and 1985 he received fellowhsips from the Florida Arts Council. Harper taught at Florida State University from 1973 to 1992. His work has been widely exhibited, including a solo show at the Renwick Gallery of the Smithsonian American Art Museum in Washington, D.C. in 1977, and an internationally traveling retrospective in 1989. His work is in the collections of the Metropolitan Museum of Art, the Philadelphia Art Museum, and the Museum of Fine Arts, Boston, the Museum of Fine Arts, Houston, among many others.