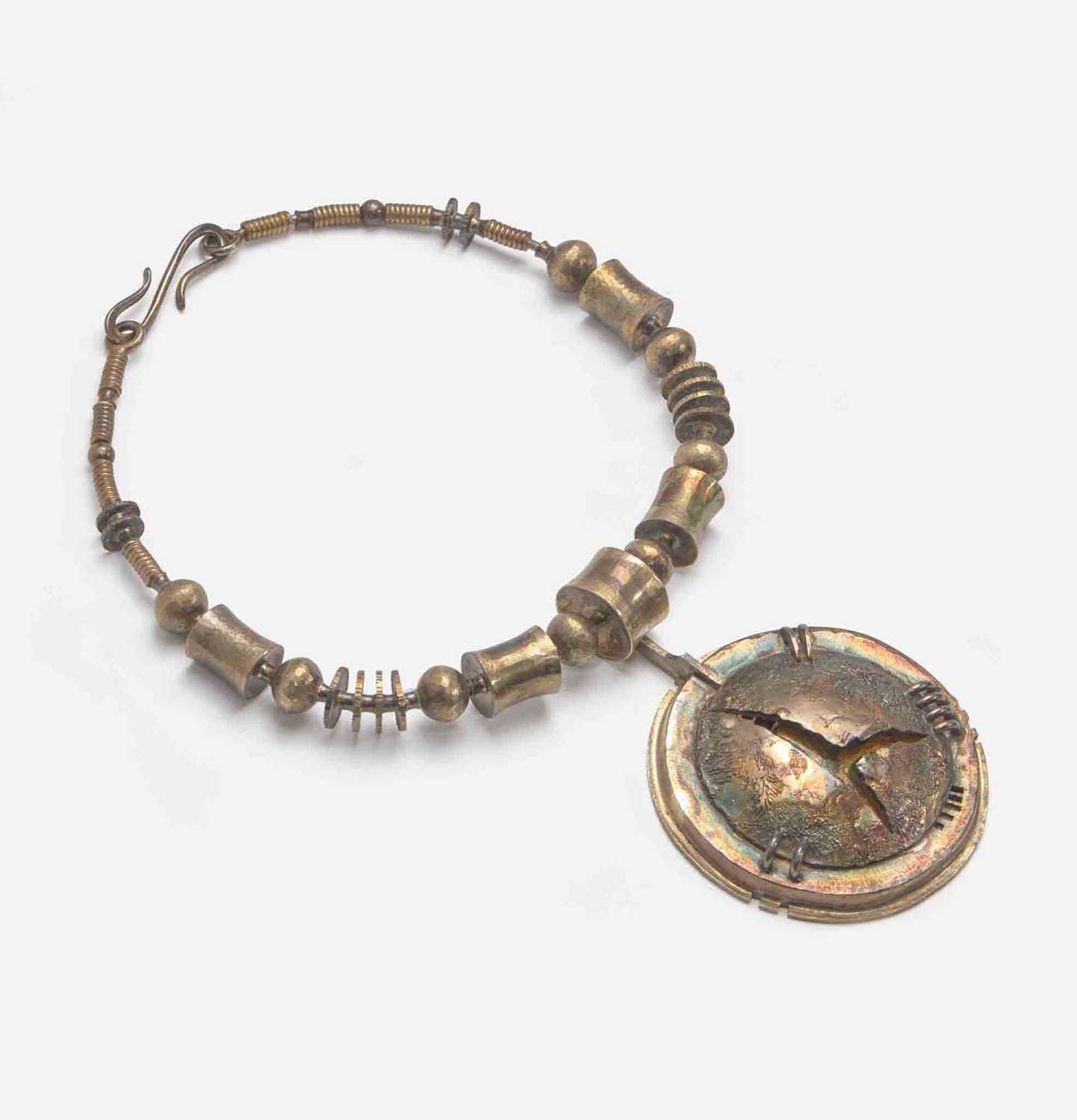 Born in Bredsjo, Sweden in 1930, artist and craftsman Olaf Skoogfors moved with his family to Wilmington, Delaware in 1934. Ultimately settling in Philadelphia, Skoogfors attended the Philadelphia Museum School of Art where he studied metalsmithing and jewelry under the tutelage of Virginia Wireman and Richard Reinhardt. After graduating from the School for American Craftsmen in Rochester, New York in 1957, Skoogfors returned to Philadelphia to open his own studio. He began teaching at the Philadelphia Museum College of Art in 1961, becoming a full professor a decade later. Referring to himself as a “constructivist by inclination,” Skoogfors was best known for his abstract, organic, and sculptural jewelry, which he often made from the lost-wax casting process. He was a member of the First World Congress of Craftsmen in 1964 and a founding member of the Society of North American Goldsmiths in 1970. Prior to his untimely death in 1975, Skoogfors widely exhibited his work, including a solo show “Jewelry by Olaf Skoogfors” at the Museum of Contemporary Crafts, New York in 1968 and “Objects: U.S.A.: The Johnson Collection of Contemporary Crafts,” which premiered in 1969 and later toured the United States and Europe. His work is in the collections of The Philadelphia Museum of Art, the Museum of Fine Arts, Boston, the Smithsonian American Art Museum, and the Metropolitan Museum of Art, among many others.