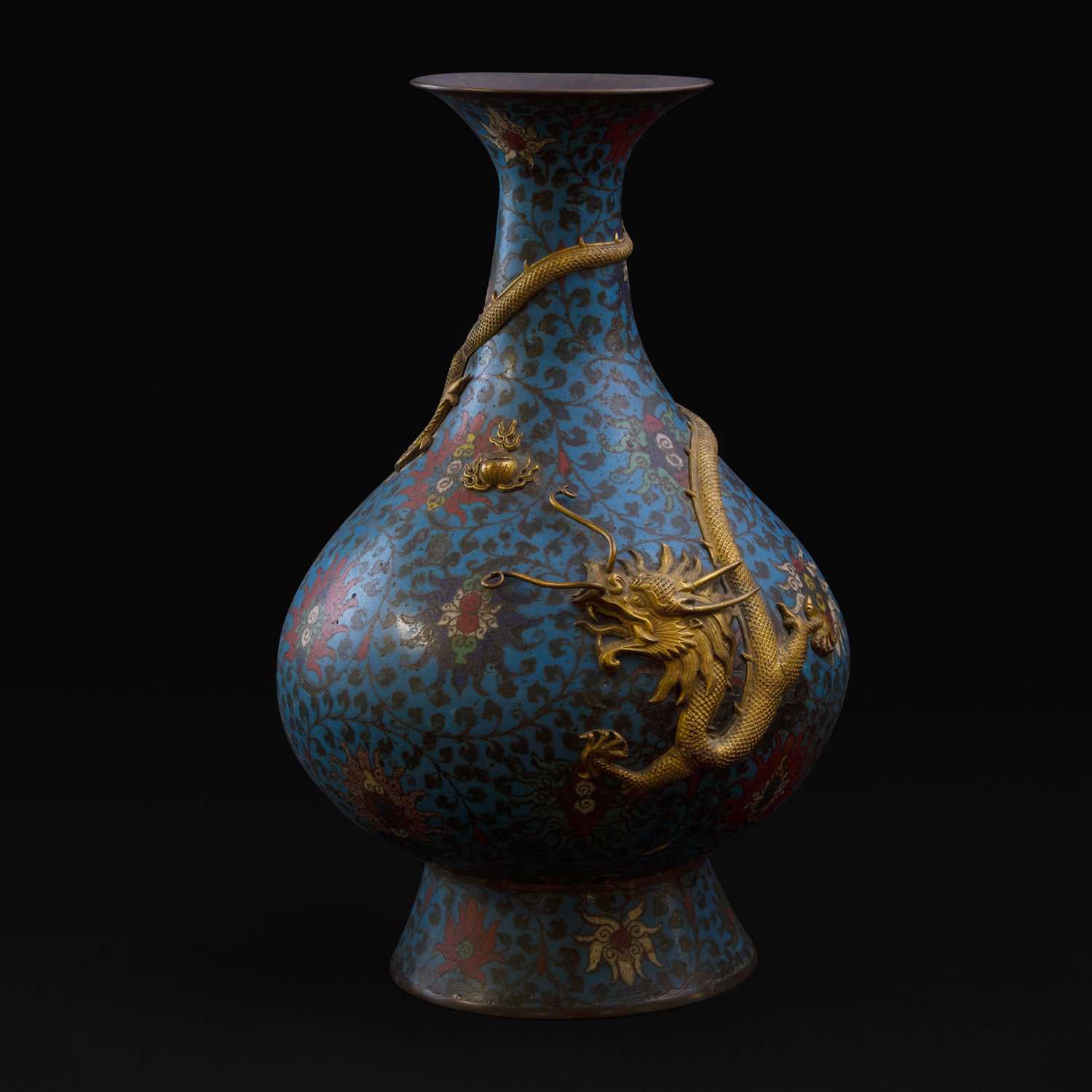 The body of this rare and impressive “Dragon” vase of “Yuhuchunping” form is characteristic of the wares of the 17th and 18th century. The joined copper body and distinctive palate, including the so-called “Ming pink”, where powdered glass grains of brick-red and white are mixed, suggest a date sometime during the Kangxi period. The vigorous applied gilt repoussé five-clawed dragon encircling the body and neck, pursuing a flaming pearl, is of exceedingly high quality and might have embellished the vase at a later time, suggesting Imperial patronage. Such later embellishment would not be unusual, as there are many instances of Yuan and Ming cloisonné’s which received additional gilt embellishments in the 17th and 18th centuries. Other dragon-embellished or ornamented pieces include the elaborate 18th century vase on stand in the George Walter Vincent Smith Collection Museum, Springfield, Massachusetts (63.23.23), the Qianlong period shrine from the Samuel P. Avery Jr. collection in the Brooklyn Museum of Art (09.520a,b) and the Imperial dog cage in the Philadelphia Museum of Art (1964-205-1).

Norman Stanley Potter (1926–1970) was a collector with wide-ranging interests who developed an eye for classical arts and built a collection of Asian art, antiquities, and early European art. Born to Polish immigrants in New York City, Potter began his self-edification in the arts during his youth while exploring the Metropolitan Museum of Art. As a prominent mathematician and engineer, he participated in the Manhattan Project and later was a designer of complex defense systems. Together with his wife, the abstract artist Berne Potter, he was active in the art and antique worlds of New York and became friends with important gallerists and collectors, including Julius Carlebach and Melvin Gutman.