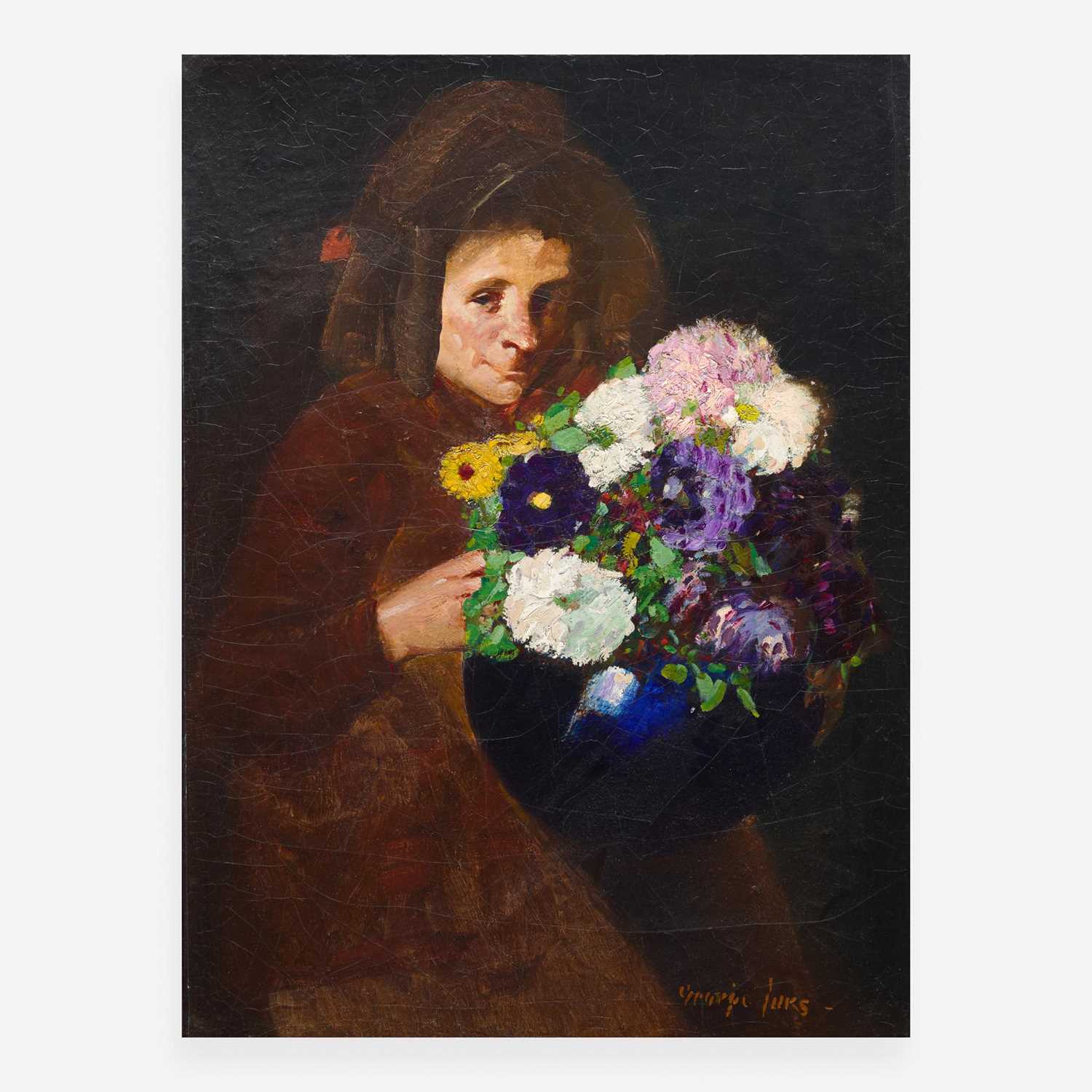 Born in Pennsylvania to Polish immigrant parents, Luks was the most outspoken figure of the group of artists known as The Eight. Mostly recognized for his gritty and striking urban scenes of New York City, he focused on the daily life of shoppers, street markets and passers-by. He also devoted a significant part of his career to painting portraits. Just like in his street scenes, Luks used portraiture to reveal the true nature of his subjects, as exemplified by the present work. Executed with force and energy, the portrait was likely derived from quick sketches the artist made outdoors, on the spot, in order to capture the true spirit of his sitter, and render its striking psychological quality. The rich impasto and dark background are characteristic of the artist’s style. They harken the oil back to Dutch and Spanish Old Masters like Frans Hals and Diego Velázquez, who strongly influenced the artist throughout his career. The painting also speaks to Luks’ humanity and awareness of all the social classes of his time, as it depicts a humble flower girl, to whom he must have felt connected since his father worked with the poorest population of New York’s East side. Luks depicts her with a raw, unfiltered lens and does not hide her advanced age or her tired features. Yet, he also gives her amused gaze to see, and captures her imposing hairstyle, which adds irony and playfulness to the picture, as well as a certain grandeur. Luks warns us: there is no need to feel sad or pitiful. The large format of the portrait confirms the woman's inner higher status to Luks's eyes, and the lushness and vibrancy of the bouquet she holds add to her regal charm.