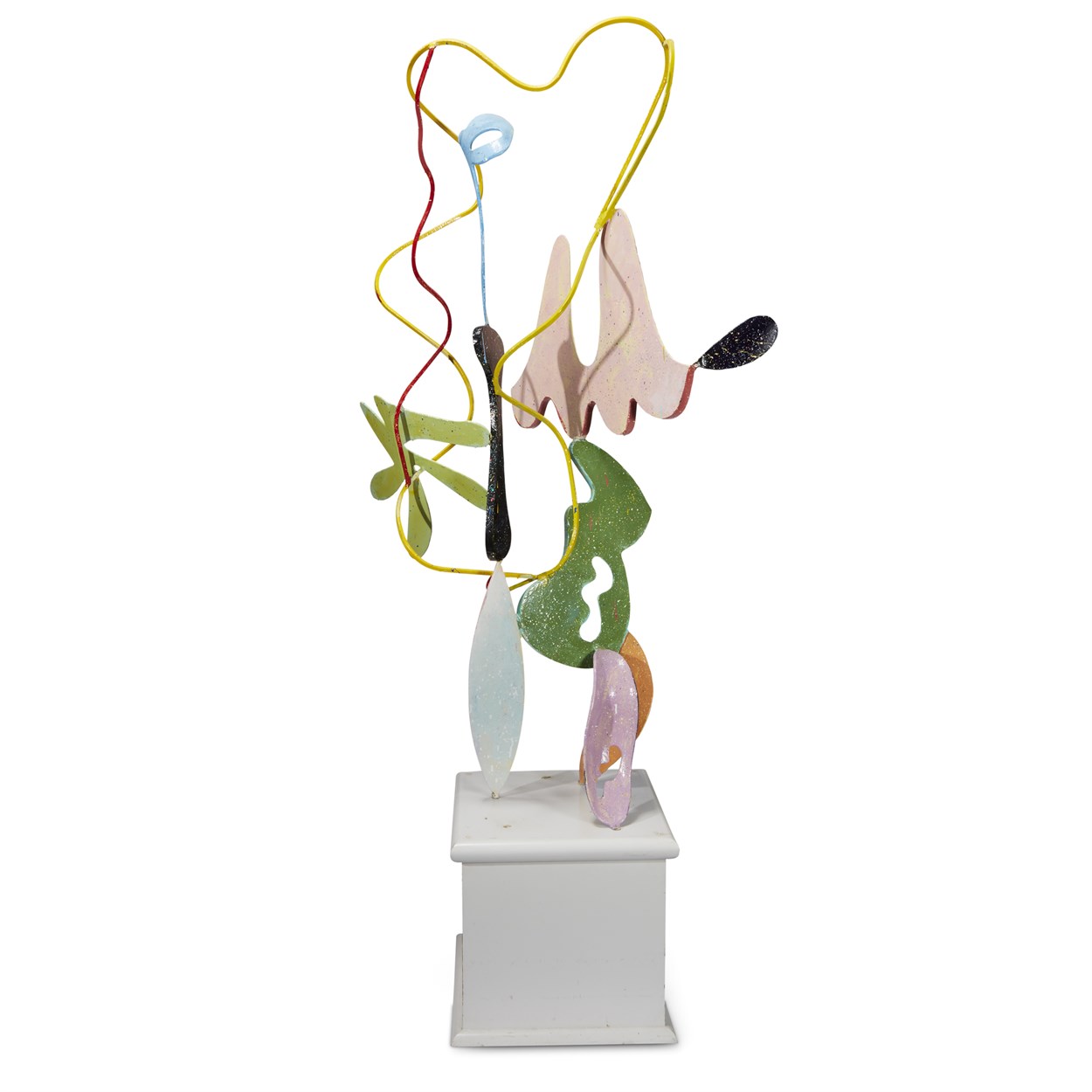 NOTE:
This lot is accompanied by a photocopy of the bill of sale from Patricia Hamilton at 112 Greene Street Gallery, New York.

NOTE:
This lot is accompanied by a photocopy of the bill of sale from Patricia Hamilton at 112 Greene Street Gallery, New York.

A Texas native, Peter Reginato grew up in California in the 1950s and throughout his youth was exposed to the hot rod car culture. This served as inspiration for his artwork, which is executed in colorful metal. He attended the San Francisco Art Institute and after learning to weld he began to teach himself the skills of engineering and sculpture making. Although Reginato is also a successful abstract painter, whose two-dimensional forms mimic those of his three-dimensional ones, sculpture has been his medium of choice throughout his career. While his sculpture is considered abstract, the forms he creates often possess anthropomorphic qualities.

The present sculpture is a dynamic and vibrant one, bursting with movement and life. With its vivid pink, blue and green colors and thin linear limbs, it can be compared to the flower of the same name. The pimpernel, a member of the primrose family, possesses flat, five-petaled flowers and long, creeping stems. Yet, according to the artist, the sculpture actually refers to the 1934 film The Scarlet Pimpernel, as it exhibits a light yet tough feel that was inspired by the hero of the movie.