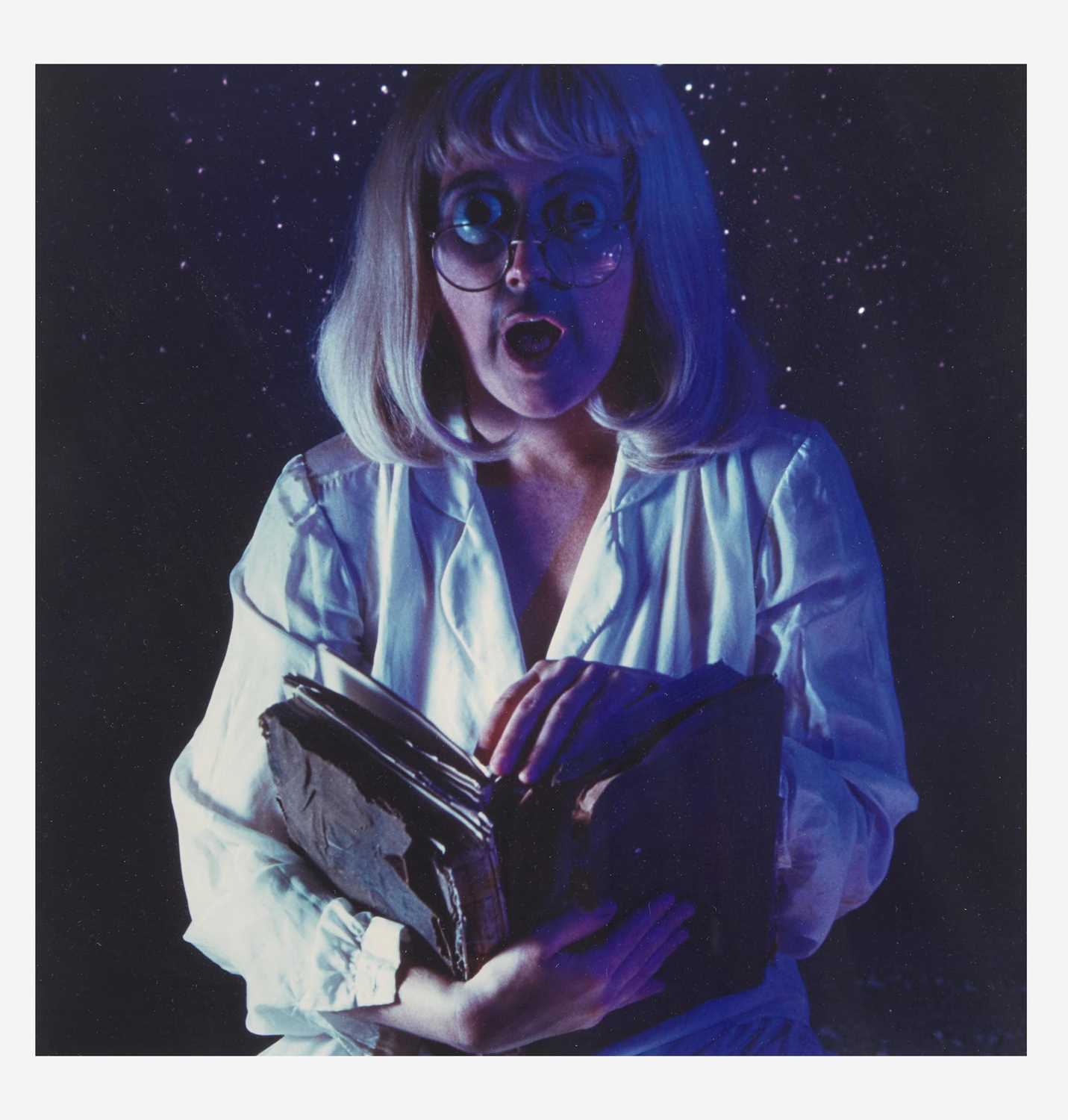 Cindy Sherman’s “Fairy Tale" is from a series of photographs of the same title which were inspired by the dark side of children’s fables.

This is a significant series as it is the first where Sherman, who is always the central character of her work, began to use plastic body parts and mannequins to create extreme characters. It is also during the mid-eighties where she switches to working almost exclusively in color.

Sherman has had extensive gallery and museum exhibitions since 1979. Her work was the subject of a retrospective organized by The Museum of Contemporary Art, Los Angeles in 1997, which traveled to Museum of Contemporary Art, Chicago, Galerie Rudolphinum, Prague, Centro Cultural de Belem Exhibition Centre, Lisbon, CAPC Musée, Bordeaux, Museum of Contemporary Art, Sydney, and concluded at the Art Gallery of Ontario, Toronto in January 2000. She continues to participate in Group Exhibitions across the globe, and was most recently the subject of a one-person exhibition at the Fondation Louis Vuitton in Paris, which ran from September 23 - January 3, 2021, following major retrospective exhibitions in 2019 at the National Portrait Gallery, London, and the Vancouver Art Gallery.