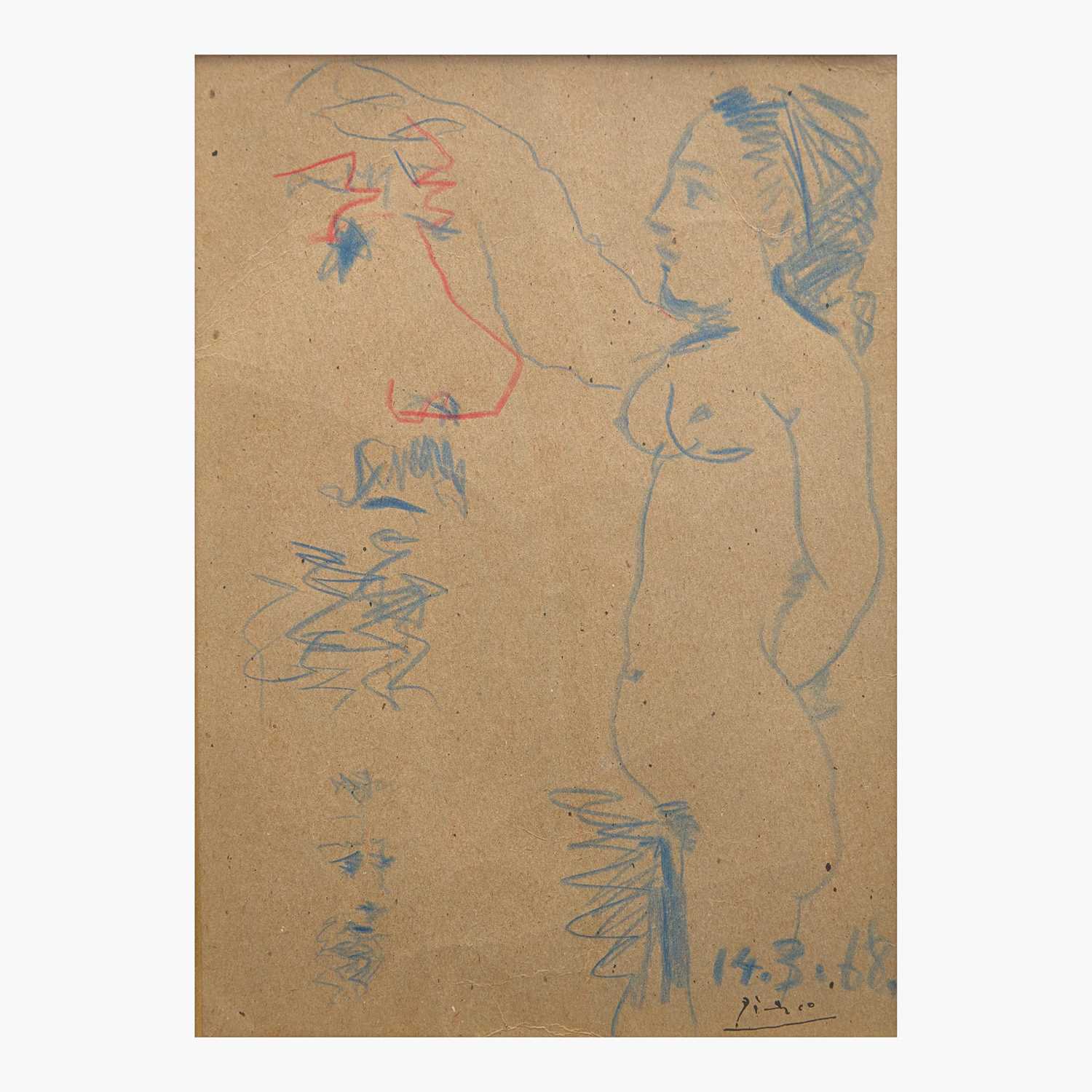 Pablo Picasso drew Nu Debout et Tête de Profil during a period of creative productivity in the final decade of his life. He married Jacqueline Roque in 1961, and the late 1960s were marked by a series of monumental paintings and smaller intimate studies of the female nude, with his young wife as his muse. As M.-L. Bernadac wrote in the Tate Gallery’s Late Picasso exhibition catalogue, Picasso “takes as his model – or as his Muse – the woman he loves and who lives with him, not a professional model. So what his paintings show is never a ‘model’ of a woman, but woman as model. This has its consequences for his emotional as well as his artistic life: for the beloved woman stands for ‘painting,’ and the painted woman is the beloved: detachment is an impossibility.” [1] The idea applies to the artist’s drawing as well, a medium in which Picasso could conduct what he termed his research and experimentation, leaving an accounting of his artistic process in real time.

During the late 1960s, Picasso experimented extensively with the form of a female figure in relation to the male artist, at times representing only the woman’s form, at other times with the artist behind an easel, and finally with the figures engaged with one another and even embracing. The composition Nu Debout et Tête de Profil is split into two vertical sections, with a full female figure occupying the right side, and two male heads, one larger and one smaller, gazing directly at her body from the left. Seen in profile, the woman reaches her arm across the picture to pat the larger head, eliminating the distance between artist and model, the woman seeming to take ownership over the male gaze. This charged interaction between the two figures brings the composition to life, infusing it with an energy and connection characteristic of Picasso’s late oeuvre.