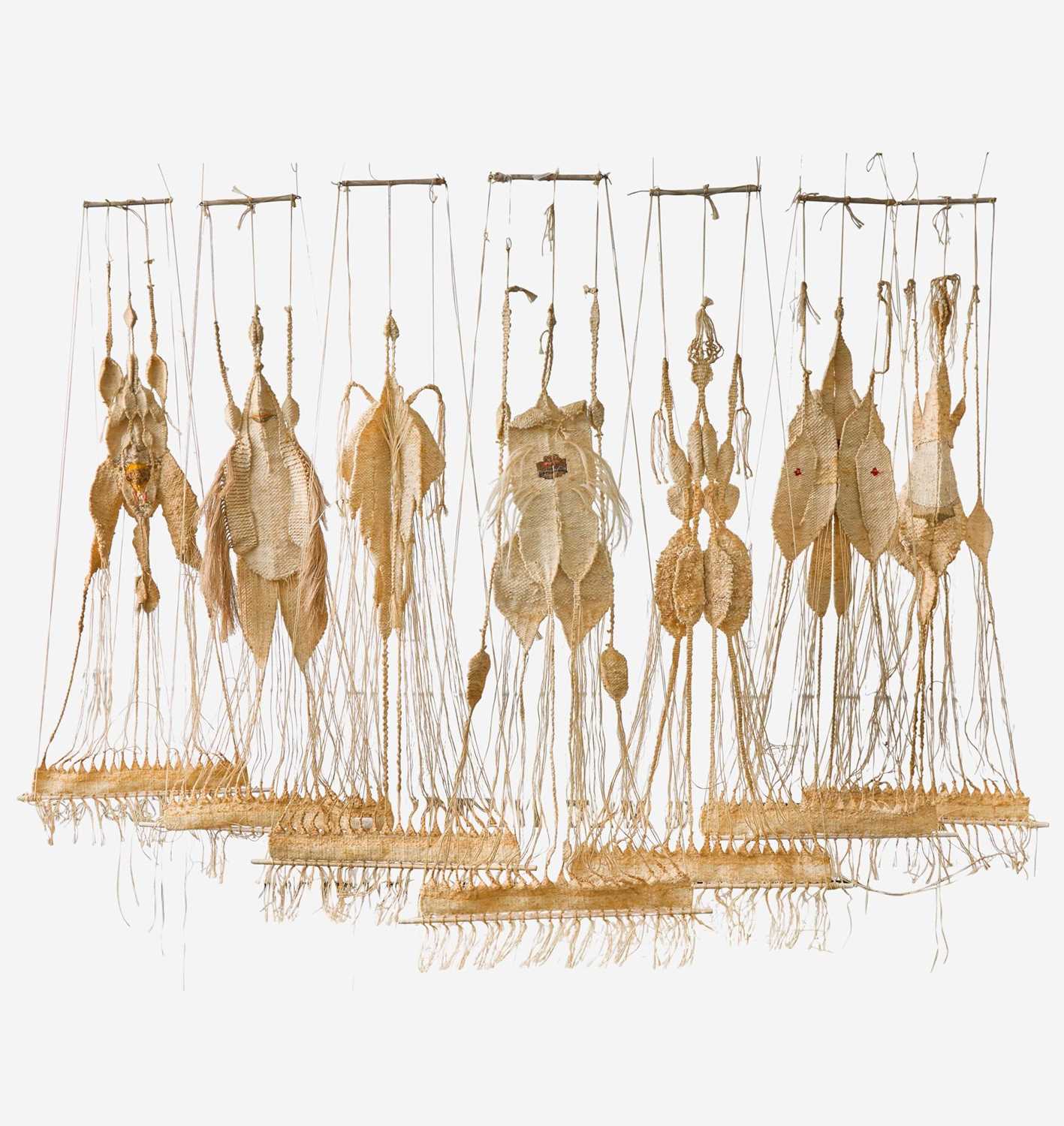 Lee Nordness, Objects: USA, The Viking Press, New York, p. 333 (for a disussion of the artist)

Dominic Di Mare was born in San Francisco, California in 1932. He studied at San Francisco State University (SFSU) and the California College of the Arts (formally known as California College of Arts and Crafts). He learned about weaving while at SFSU and taught himself how to weave by studying photos of Kay Sekimachi woven wall hangings published in Craft Horizons. In 1997 a retrospective of the artist was held at the Palo Alto Art Center. Others were staged by the Renwick Gallery in 1999 and the San Francisco Museum of Craft and Design in 2018. He was awarded the American Craft Council's Gold Medal in 1999. His work is included in various public museum collections including the Metropolitan Museum of Art, Fine Arts Museums of San Francisco, Smithsonian American Art Museum, Oakland Museum of California, Minneapolis Institute of Art, the Museum of Fine Arts, Houston, and others.