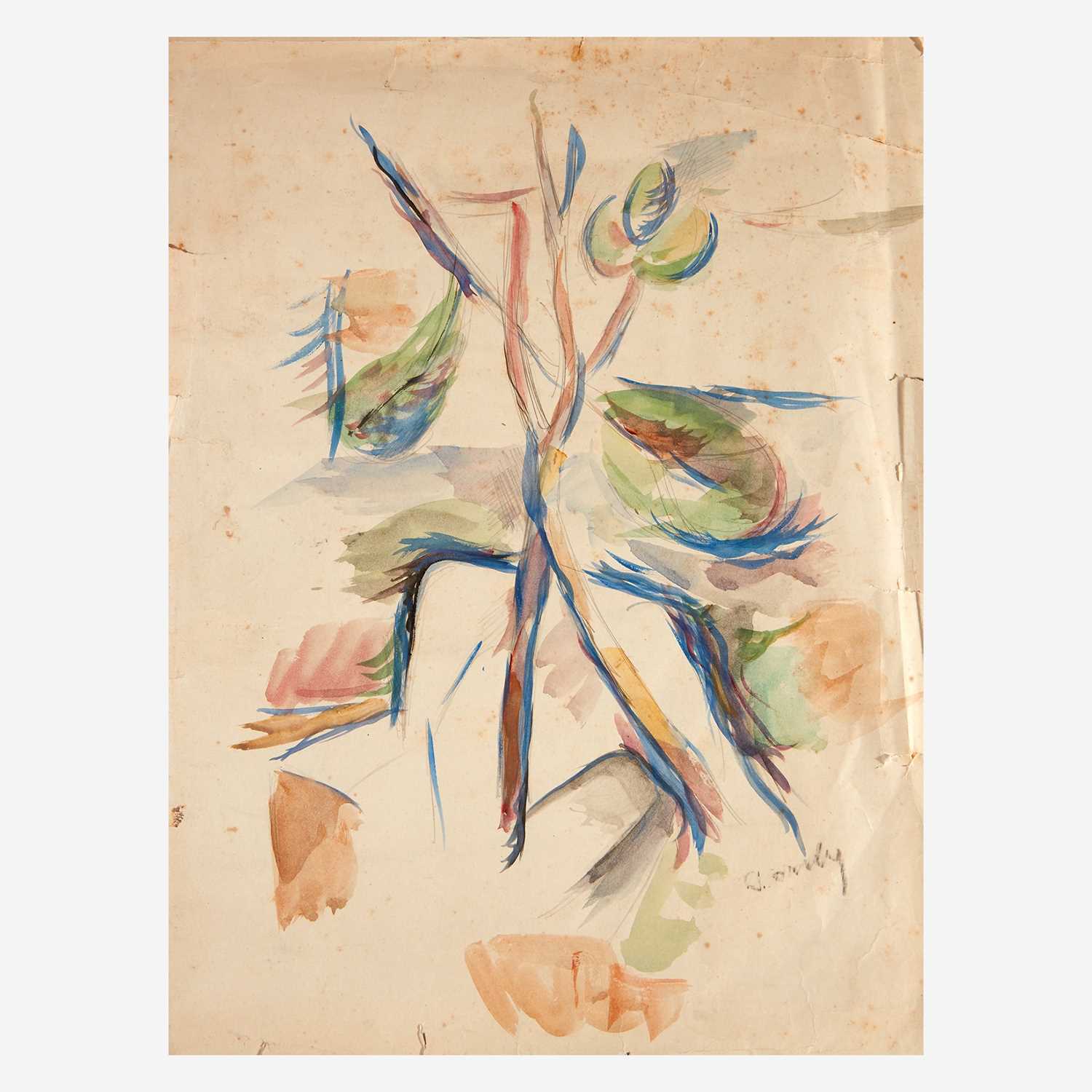 This work is recorded in the Arshile Gorky Foundation Archives under registration number D1540.

The Arshile Gorky drawings Landscape (Lot 17), Portrait of a Woman (Lot 18), and Portrait of David Burliuk (Lot 19) are from the collection of Russian expatriate and artist David Burliuk, who lived and worked in Manhattan and later Long Island, and led a cohort of painters casually known as the Hampton Bays Group. The group consisted of a diverse circle of artists, from different countries and backgrounds, including Raphael and Soyer Moses, Nicolai Cikovsky, Milton Avery, and Gorky himself. The artists shared left-leaning political philosophies and concern for the poor immigrant experience in New York. They exhibited together in New York at the ACA Galleries, the New School for Social Research, and the Société Anonyme.

Unable to afford models, the group’s artists used each other as sitters, as well as studying the city around them, experimenting with their diverse styles. Burliuk and Gorky drew and painted each other many times, including in the charming portrait Portrait of David Burliuk (Lot 19), drawn on the back of a restaurant menu, hinting at the collegiality and affection between the two immigrant artists. The other two drawings, Portrait of a Woman (Lot 18) and Landscape (Lot 17) demonstrate Gorky’s early influences, particularly the work of Paul Cézanne, before his later Expressionist and Surrealist work. Gorky’s impact is still widely felt in the art world, with a major retrospective at the Philadelphia Museum of Art in 2009, and paintings in many prominent museum collections around the world.