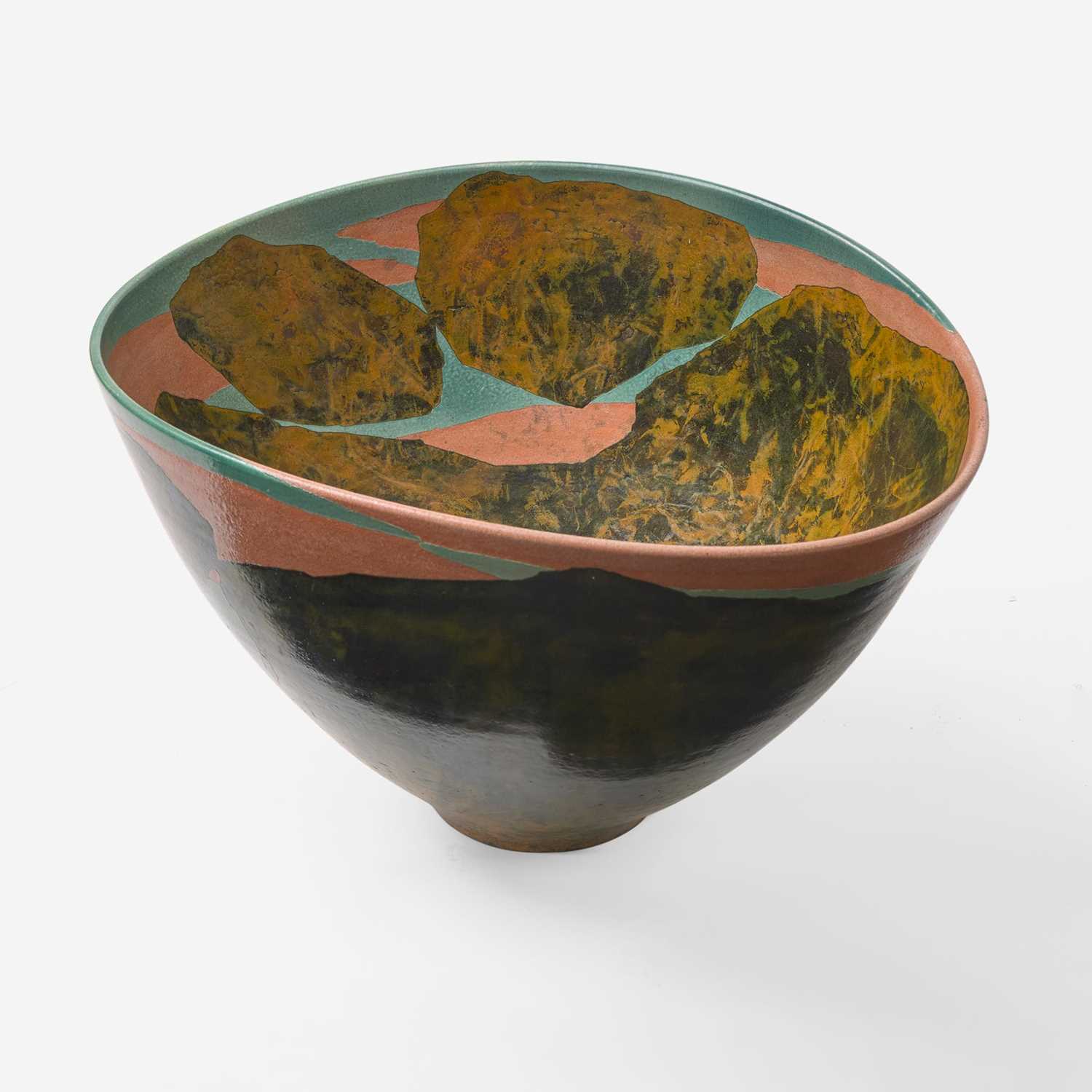 Wayne Higby was born in Colorado Springs, Colorado in 1943. He received a B.F.A. in 1966 from the University of Colorado in Boulder and an M.F.A. in 1968 from the University of Michigan. He received fellowships from the National Endowment for the Arts in 1973, 1977, and 1988, and from the New York Foundation for the Arts in 1985 and 1989. In 1992 Higby was named an honorary professor by the Hubei Academy of Arts, Wuhan, People’s Republic of China. He has served on the faculities of the University of Nebraska and the Rhode Island School of Design and currently teaches at the New York State College of Ceramics at Alfred University. Since the early 1970’s, the artist has, in clay, interpreted the imagery of landscape found in the western United States, created storage jars, multi-part sculptures, and vessels depicting vistas of undulating mountains, valleys, and streams. His work has been widely lauded and exhibited and is held in important private and public collections worldwide, including the Renwick Gallery of the Smithsonian American Art Museum, the Metropolitan Museum of Art, the National Art Museum of China, the Museum of Modern Art, Tokyo, the Hermitage, the Everson Museum, the Philadelphia Museum of Art, Museum of Fine Arts, Boston, among many others.