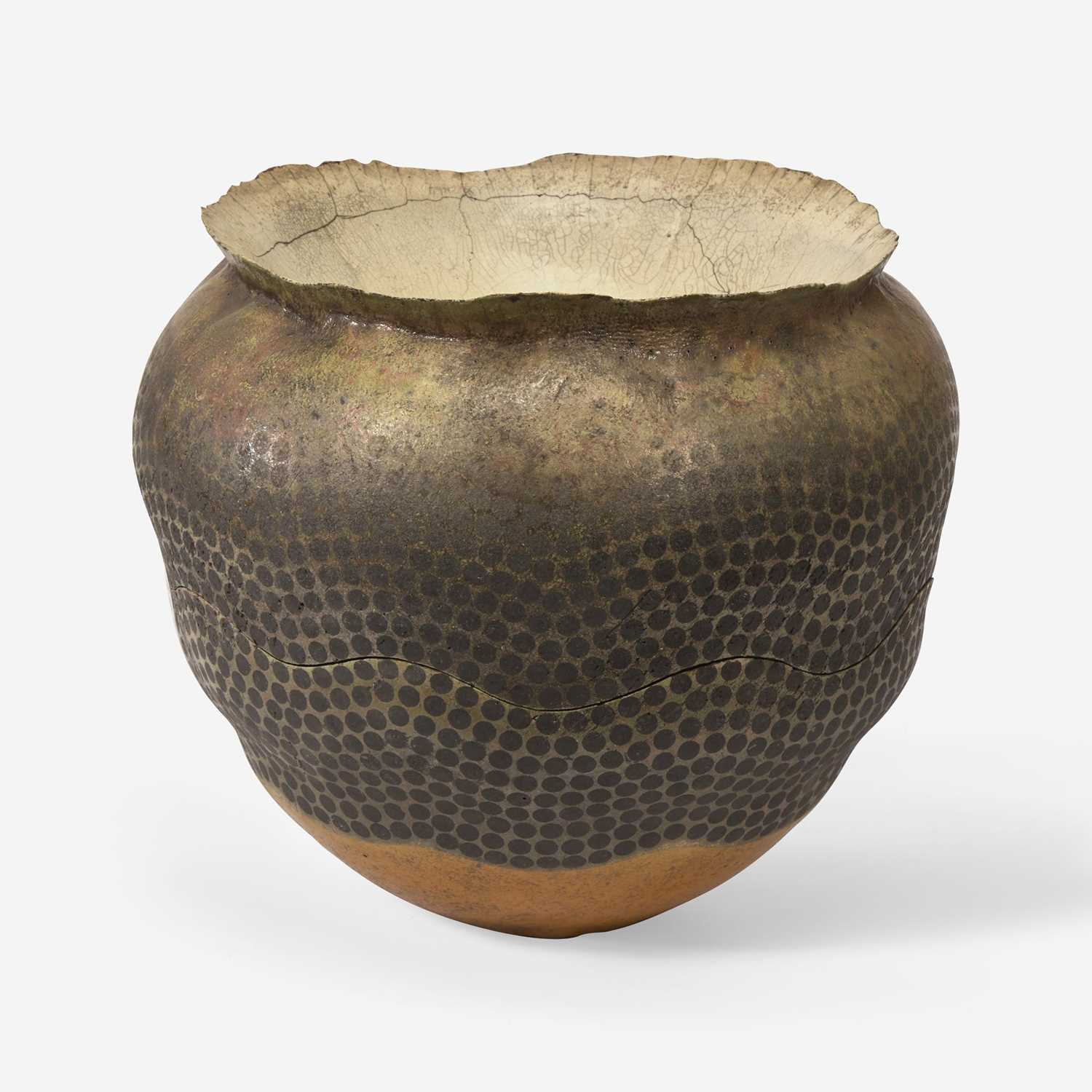 Born in Flint, Michigan, in 1945, George Timock is best known for creating large-scale raku-fired vessels. Timock received both his B.F.A. and his M.F.A. from Cranbrook Academy of Art, Bloomfield Hills, Michigan, where he studied under Richard DeVore. He taught at the Kansas City Art Institute, and continued periodic instruction there until his retirement in 2013. Timock’s work has evolved through multiple phases, with his early and middle career dominated by raku ware. A trip to lava fields in Hawaii in the 1990s inspired him to incorporate volcanic motifs in his ceramics. In 2008, a LIAEP (Lighton International Artists Exchange Program) grant allowed Timock to travel to the International Ceramics Studio in Kecskemet, Hungary; the whiteness of the clay in the region and its abundance of classical religious architecture inspired a fundamental shift in his media and style. Working with porcelain and luster, Timock’s later work is visually distinct from his earlier raku ware, yet shows the same responsive approach to his environment and influences evident throughout his career.