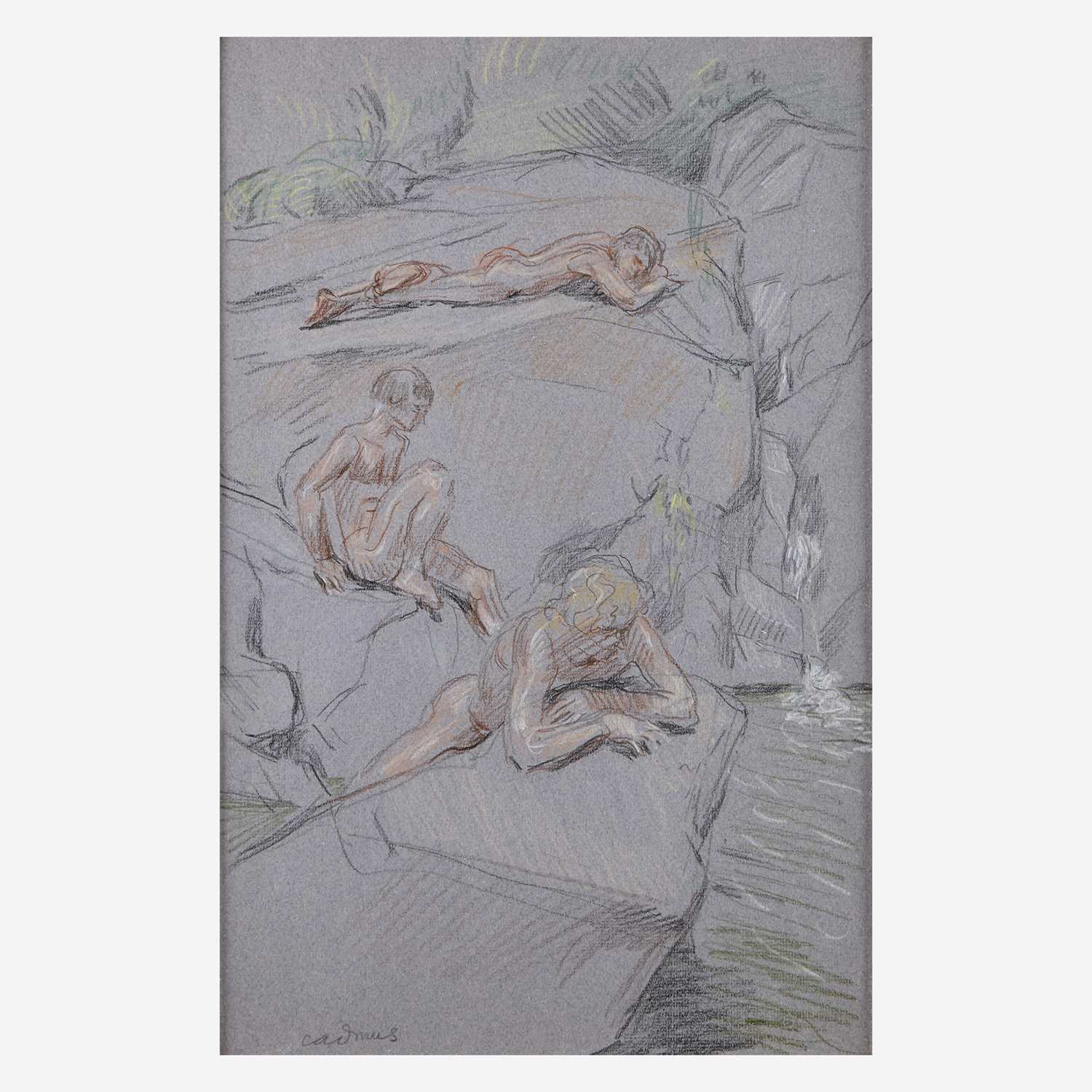 Estate of Jon Anderson.
Acquired directly from the above.
Private Collection, New York.

Estate of Jon Anderson.
Acquired directly from the above.
Private Collection, New York.

The present work was most likely executed in Puerto Rico, where the artist would often retreat. Through his studies of the male body, which earned him fame, Cadmus set a new example of academic realism. The soft, seductive reclining bodies depicted in the present work, whether bathing in the stream or drying out in the sun, are highly reminiscent of Thomas Eakins' bold interpretations of the male body, which he captured both in oil and photographs. Just like Eakins, whom Cadmus highly revered and studied in museums, the artist makes of the human form the first subject of his work, capturing every curve and angle with palpable eroticism and a pleasurable sense of voyeurism.