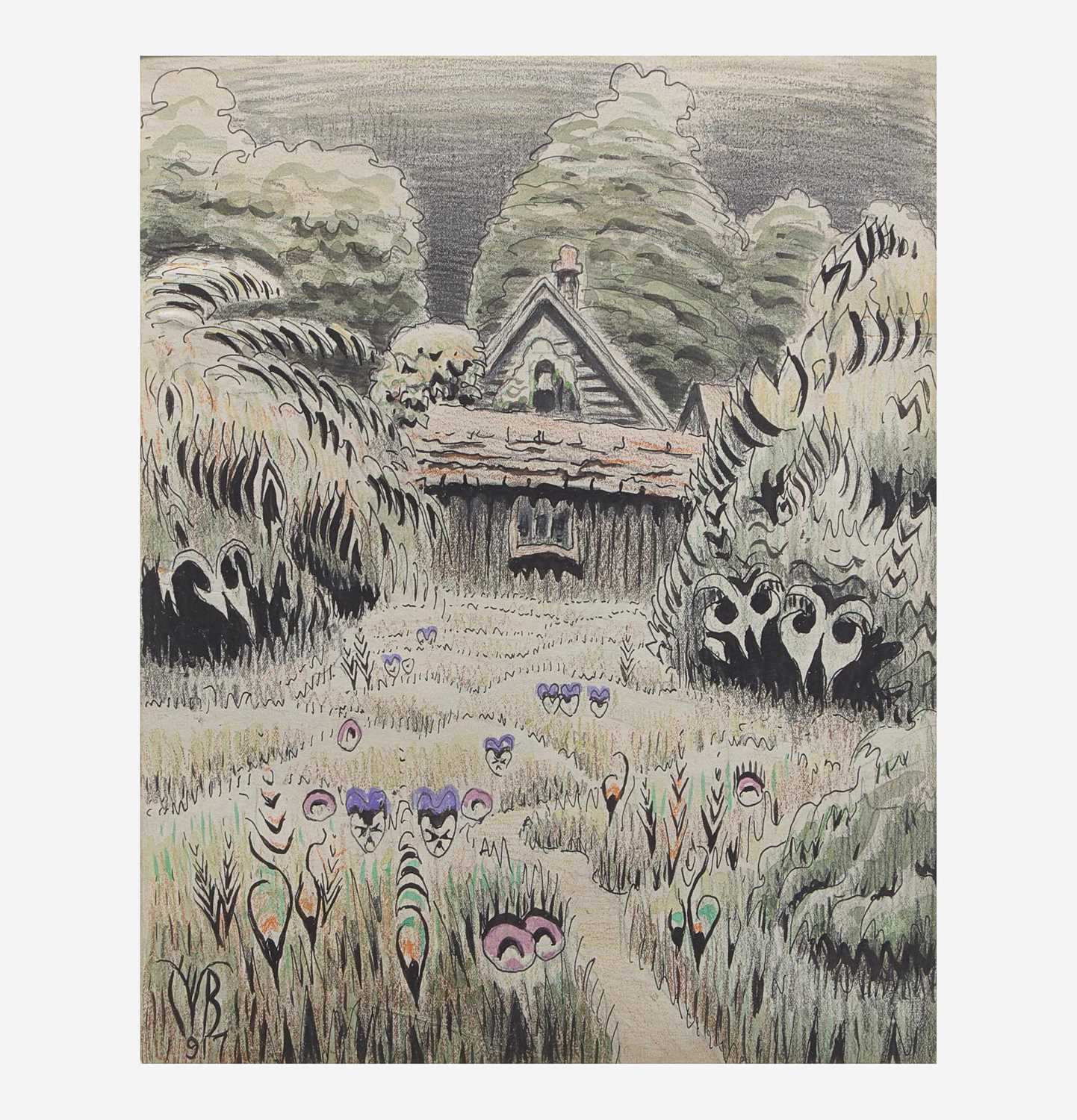 The present work was executed in the Fall of 1917 during Charles Burchfield's self-proclaimed "golden year," a prolific period during which he produced a large number of works showcasing a revived experience and reverence towards nature, materialized by a new modernist vocabulary. The drawing once belonged to Dr. and Mrs. Theodor Braasch, known as one of the greatest collectors of Burchfield’s work during his lifetime. In a letter addressed to the couple dated January 24, 1917, Burchfield writes: "I was pleased to get your letter telling that you had acquired 'The Garden Path.' The garden was our own little garden at my boyhood home in Salem, Ohio, a hobby of my oldest brother Jim, which we all enjoyed."

With its dramatic composition, measured use of colors and high degree of finish, The Garden Path is a prime example from a crucial transitional phase in the artist's career. The work is enigmatic: under a gloomy gray sky, far away in the horizon line, sits an intimidating gabled-roof house, partly obstructed by a dense forest which almost engulfs it. To reach it, if one dares to, is a sinuous path meandering through tall grass, from which fantastical, highly decorative shapes jut out. Time is frozen. There is no sense of distance or perspective in the wooded area. Rather, the vegetation and trees merge together into one large mass, constantly changing and moving.In fact, the artist here starts to develop a very personal philosophy, which will give a deeper spiritual meaning to his compositions, as revealed by the highly symbolic and whimsical patterns placed in the foreground of the titular garden. The Garden Path seems to translate on paper the feelings of awe, terror and pleasure that the young Burchfield felt when looking at his native Ohio landscape, which he now fills with spiritual and mysterious qualities. By showing the deeper core of nature as he senses it, Burchfield adopts an old observation from his childhood's influencer, English artist and philosopher John Ruskin, and makes it his: "The simplest forms of nature are strangely animated by the sense of a divine presence; the trees and flowers seem all, in a sort, children of God."