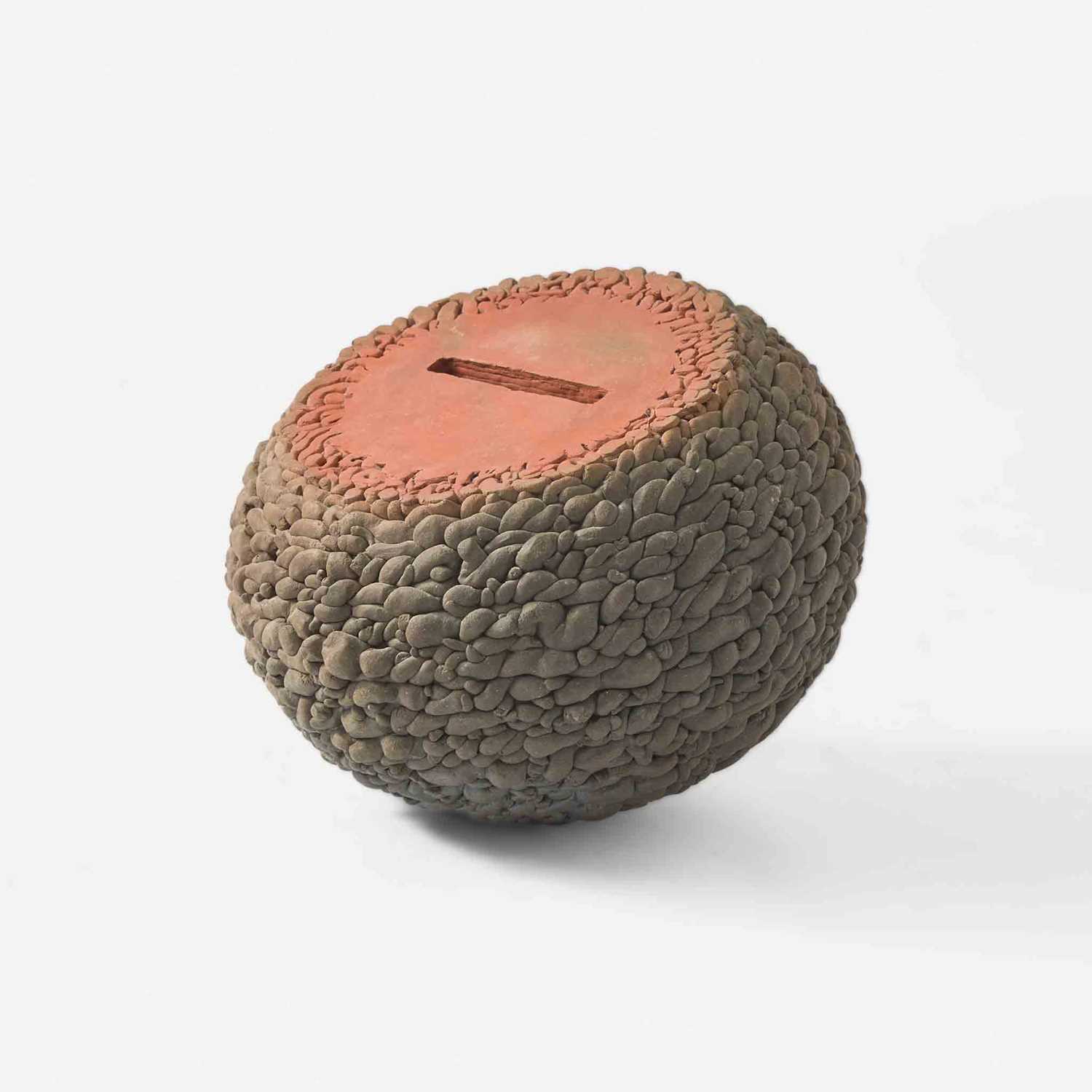 Born in New York City in 1951, Graham Marks received his B.F.A. in 1974 from the Philadelphia College of Art and his M.F.A. in 1976 from the New York State College of Ceramics. He taught ceramics at Kansas State University from 1976 to 1978; Rochester Institute of Technology from 1980 to 1986; and served as Head of Ceramics and Artist in Residence at Cranbrook Academy of Art from 1986 to 1992.

At once sculptures and vessels, his work is often large-scale and constructed from coils to forge relationships between “time, man, and structure”; it is “an attempt to give intuitions form; trying to capture their essence with an abstract language.” Marks exhibited internationally in the 1970s and 1980s, and his work can be found in the permanent collections of the Detroit Institute of Arts; Yale University Art Gallery; and the Renwick Gallery at the Smithsonian American Art Museum, among many others. A solo show of his work—the artist’s first since he took an artistic hiatus in 1992 to pursue a career as an acupuncturist—will take place at Sculpture Space NYC from November 4-December 3, 2022.