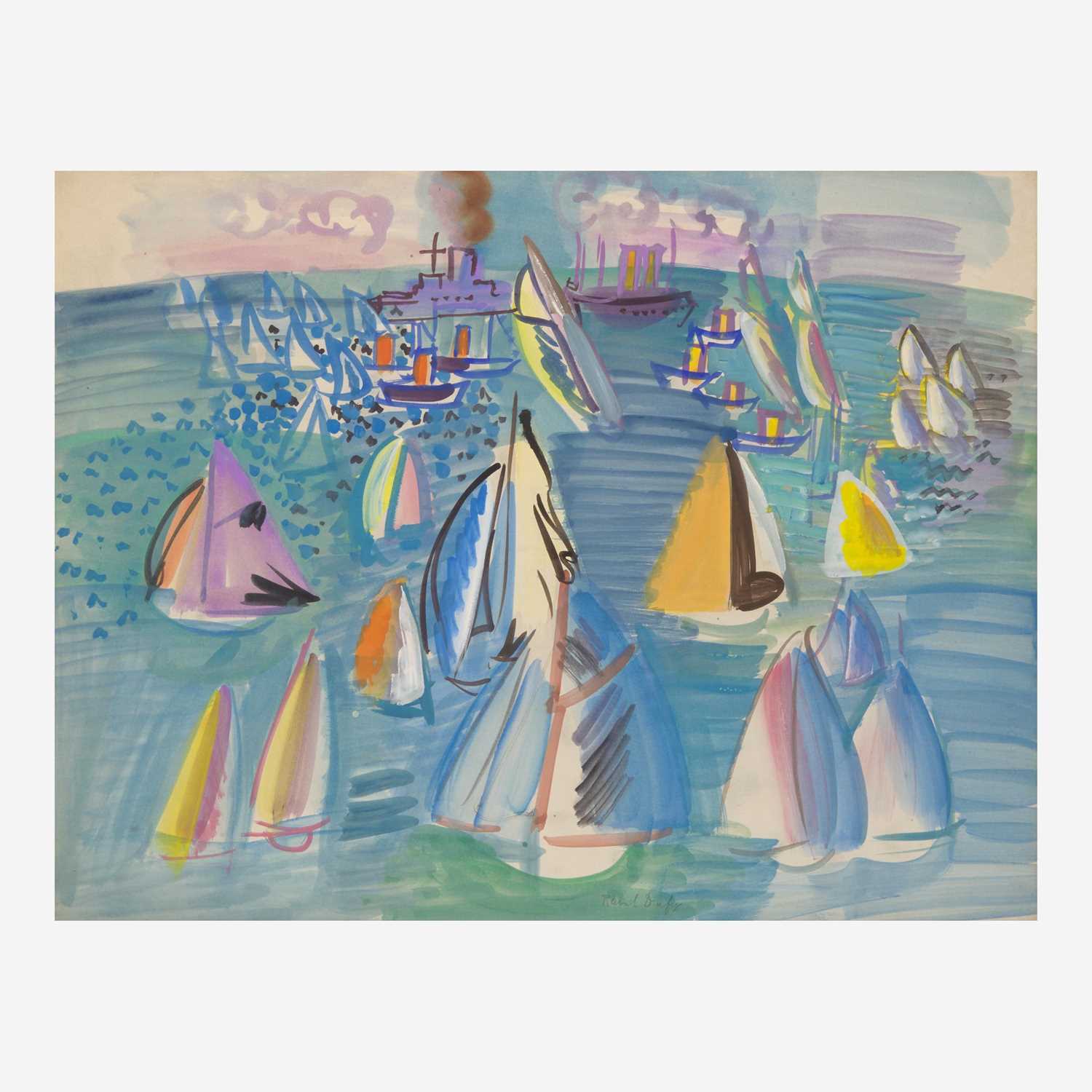 The all-over deep blues and dynamic lines of Raoul Dufy’s regatta scenes lend a cheerful and pleasant air to the works, exemplified by Régates, painted around 1924. Dufy said of the color blue: “blue is the only color which maintains its own character in all its tones… it will always stay blue…” and remained dedicated to the exploration of the color in numerous coastal scenes, in oil and watercolor. Based on his childhood in Le Havre, Normandy, and time spent at the French seaside in the 1920s, the works capture the optimism and desire for pleasure strongly felt in the period between the World Wars.

Painter, draughtsman, illustrator, designer, and urban planner, Raoul Dufy studied at the École des Beaux-Arts, Le Havre and later at the École Nationale Supérieure des Beaux-Arts, Paris. He was greatly influenced by the 1905 Salon des Indépendants exhibition, which included the Fauve painters Henri Matisse and André Derain, among others, whose work introduced Dufy to a color palette and emotional expressionism that he embraced, and which persisted throughout his career. In Régates, Dufy also employs a flattening of space akin to Paul Cézanne, another great influence, bringing the boats forward in a foreshortened bay toward the viewer. Watercolors by Raoul Dufy reside in major museum collections around the world, including the Museum of Modern Art, New York, the Musée d’Art Moderne de Paris and the Tate, London, a tribute to the continuing significance of his oeuvre.