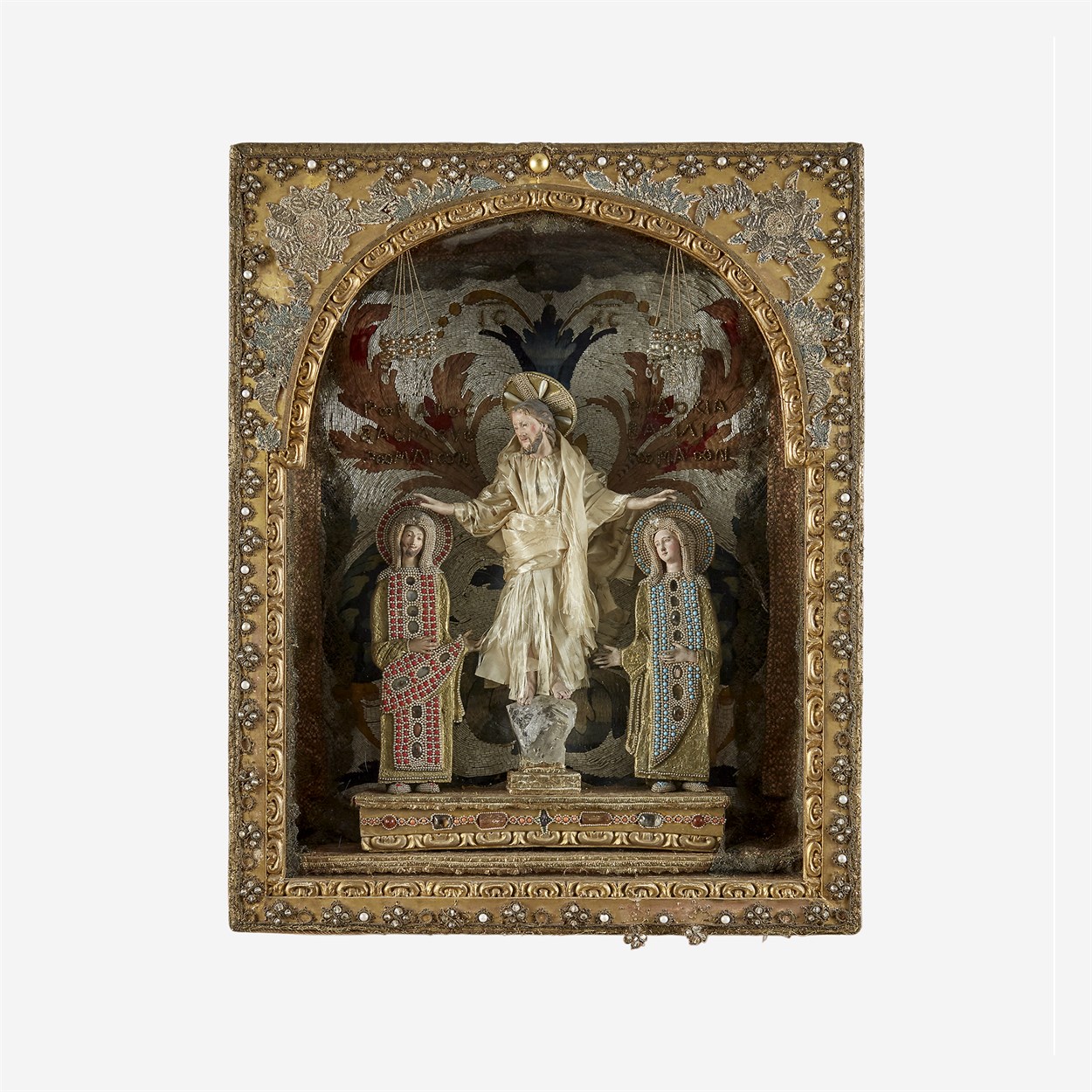 Romanos II ruled the Byzantine Empire as junior co-emperor alongside his father, Constantine VII, from 945-959, and as sole emperor from 959 until his untimely death in 963, aged only 24 or 25. As a child, he was married to Bertha of Italy in an arranged marriage intended to secure an alliance with Italy through her father, Hugh of Provence, King of Italy. Upon their marriage, she adopted the name Eudokia, becoming Empress Eudokia when Romanos acceded to the throne as co-emperor. Eudokia died shortly thereafter, in 949, before the marriage was officially consummated--though her exact age is unrecorded, Romanos II would have been eleven years old at the time of her death.

The Romanos Ivory, as it has come to be known, is a Byzantine carved ivory plaque depicting a coronation scene presided over by Christ, now in the collection of the Cabinet des Médailles in Paris. Scholars remain uncertain about the precise origin and subject of the ivory, which some believe to depict the coronation or marriage of Emperor Romanos IV Diogenes (r. 1068-71) and Empress Eudokia Makrembolitissa, and thus produced in the second half of the 11th century. Others contend that the Ivory portrays Christ blessing the coronation of Romanos II and Eudokia as junior co-emperor and co-empress in 945, and thus produced in the mid-10th century. This assertion is based on the beardless face and childlike features of its subjects, and their style of dress, which denotes a junior position within the traditions of Byzantine imperial rank. It is worth noting, however, that the figure of the emperor in the present lot is depicted with a beard.

The historical context in the late 18th/early 19th century, around the time of the present work's manufacture, might offer some clarity as to its significance. Though his rule was short and beset with intrigue, Romanos II is best known for the success of his generals in driving Muslims from Crete in 960, and Aleppo and Cilicia in 962, re-claiming these lands for Christendom and the Byzantine Empire. Romanos IV likewise sought to legitimate and consolidate his imperial authority by embarking upon a series of campaigns against the Seljuk Turks in 1068 and 1069, though these campaigns achieved mixed success. He was ultimately humiliated by Alp Arslan (r. 1069-72), the Sultan of the Seljuk Empire, at the Battle of Manzikert in 1071.

Greece fell under Ottoman rule in the 15th century, under which it remained until the bloody Greek War of Independence from 1821 to 1830. As the spritual heirs to the Byzantine Empire, a revolutionary cult around an earlier Byzantine Emperor who triumphed in expelling Muslims from Greek lands would have been ripe with symbolic meaning. Whether understood in the 19th century to represent Romanos II or IV, the saintly adoration of these conflated historical emperors, depicted in a dazzling icon-like presentation, is given new meaning by the struggle for Greek independence.