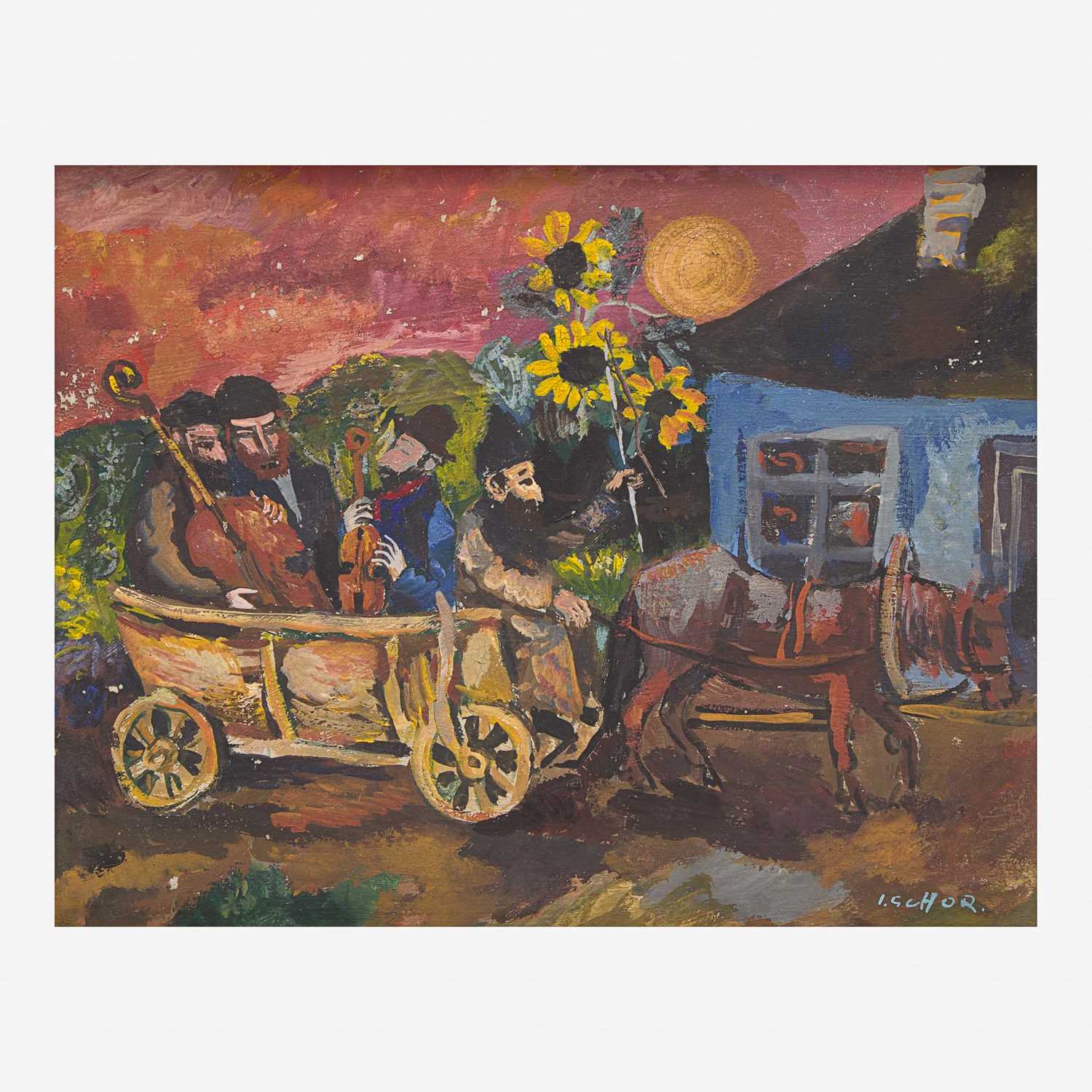 Property from the Collection of Ruth Perlmutter, Philadelphia.

Property from the Collection of Ruth Perlmutter, Philadelphia.

Ilya Schor was born into a deeply Hasidic family in the Austrian Empire, later Poland. His Jewish identity had a profound impact on his work. Schor began his formal arts training by enrolling in the Warsaw Academy of Fine Arts in 1930 and seven years later was awarded a grant by the Polish government to study in Paris. After a few years in Paris, Schor immigrated to the United States as he and his artist wife were forced to flee France in May of 1940. Upon arriving in New York City, Schor dedicated himself to producing work that would keep the memories of the Jewish people of Eastern Europe alive. Painting everyday scenes of the shtetels of his childhood, Schor sought to preserve a way of life that had come under threat. Rabbi Abraham Joshua Heschel, whose books Schor illustrated, wrote of the artist's work, “In the stillness of the precious images Ilya Schor has called into being, generations to come will hear the voice and the spirit of eternal Israel, the inwardness and piety of our people of Eastern Europe.”