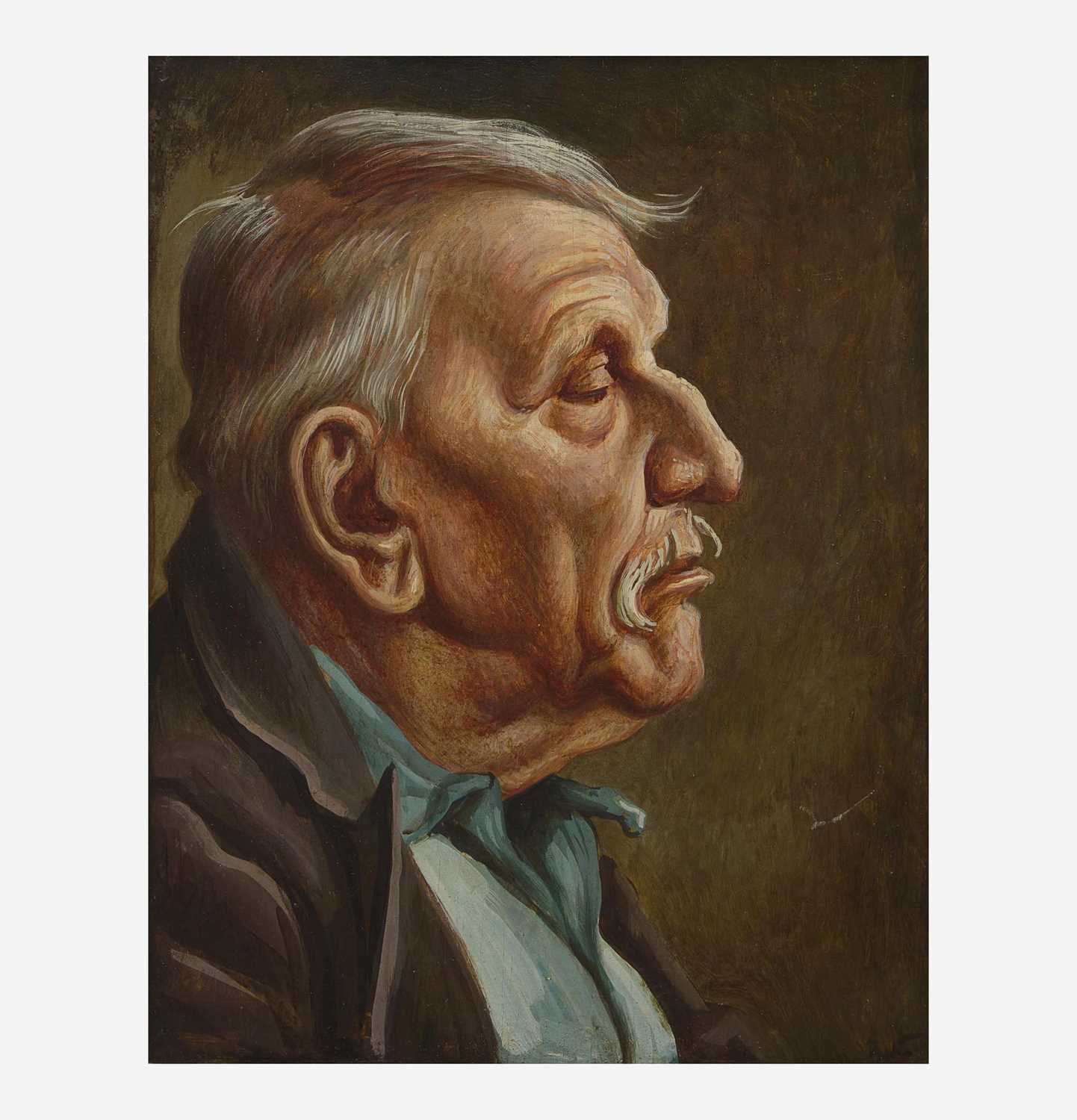 Thomas Hart Benton was a defining artist of the American regionalist movement. Born in Missouri to a family of influential politicians, his father was a lawyer and a four times elected congressman who had earner the moniker “little giant of the Ozarks.” He named his son after his own great uncle Thomas Hart Benton, one of the first two US State Senators elected from Missouri. While his mother encouraged Benton’s love for art and his artistic talent, his father sent him to Western Military Academy before finally allowing him to attend The School of the Art Institute of Chicago. After two years he moved to Paris and continued his studies at the Académie Julian. While never following in his father’s political footsteps he did serve in the Navy during World War I, working as a camoufleur, Benton drew camouflaged ships entering the harbor.

Upon returning from Paris, Benton declared himself an enemy to modernism. He began drawing and painting in a naturalistic and representational style. Benton became renowned for capturing rural American life during the 1920s and 1930s. Reflecting the values of the middle class his large scale works functioned as social commentaries on society. His use of expressive figures and expressions became a signature element of his work and by 1934 he had risen to prominence as one of the three leading regionalist painters alongside Grant Wood (1891-1942) and John Steuart Curry (18977-1946). That year he became the first artist to have a work (a self-portrait) feature as the cover of Time Magazine. Portrait of the Old Guy is emblematic of Benton’s mastery of expression. The exaggerated facial features impress upon the viewer the personality of the sitter. He presents to us a grandfather figure with whom almost everyone is familiar, gruff and abrupt but ultimately good natured at heart. Imbued with his signature twinges of nostalgia, this work is a fine example of Benton’s ability to communicate a forgotten past to his viewer.