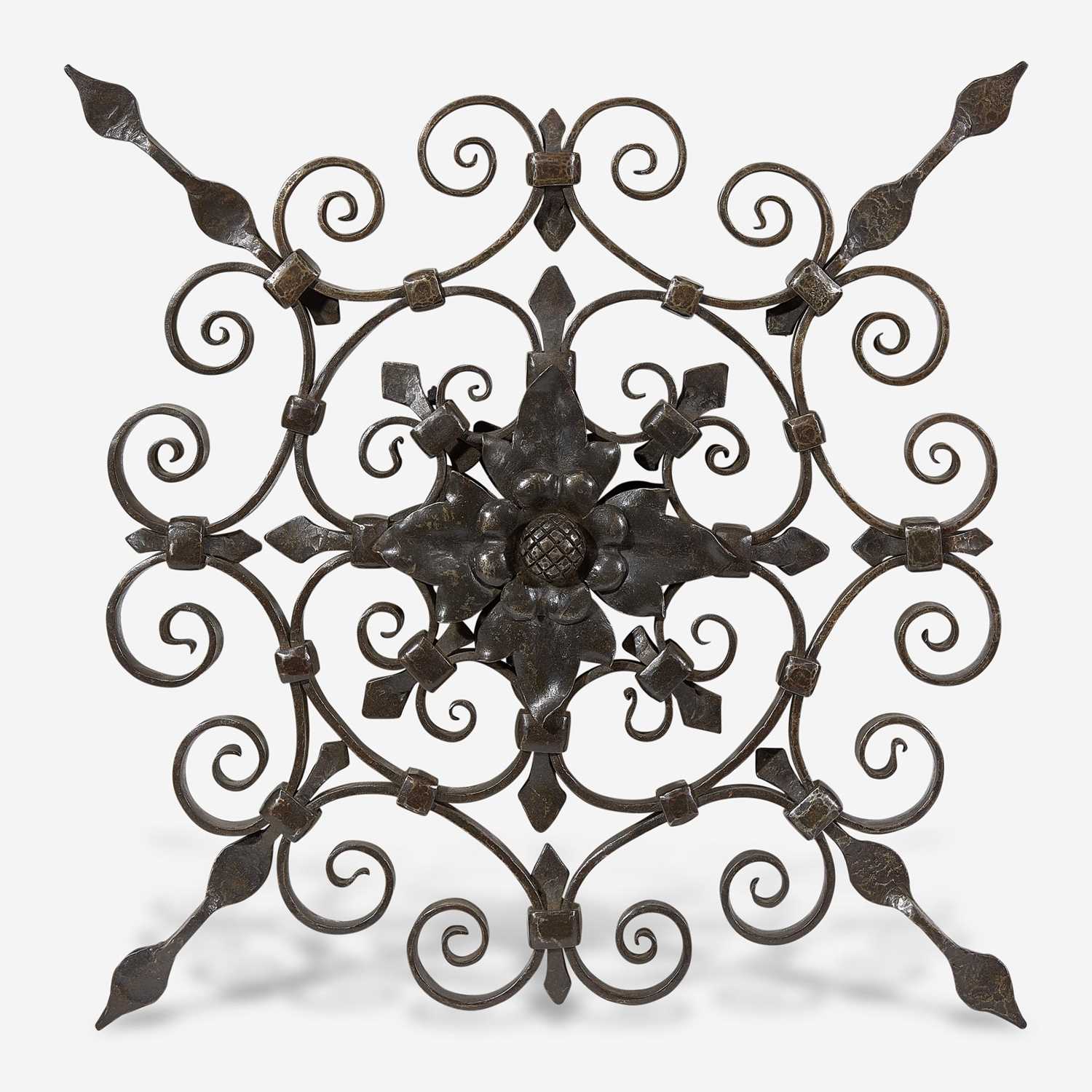 The artist
Thence by descent to Private Collection, Philadelphia, Pennsylvania

The artist
Thence by descent to Private Collection, Philadelphia, Pennsylvania

The United Gas Improvement Company was the nation's first public utility holding company. Between 1898 and 1899, their headquarters building was designed by Wilson Brothers and Company and constructed at 1401 Arch Street, Philadelphia, one block north of City Hall. In 1926-7, the firm of Perry, Shaw & Hepburn executed alterations and additions to the structure, and Samuel Yellin was commissioned to design a pair of large wrought iron gates for the building's principal entrance. This iron sketch, contemporary to the commission, matches in design and scale the finished medallions on the UGI Building gates. The UGI building commission is recorded as Job Card #2585 in the Yellin archive.