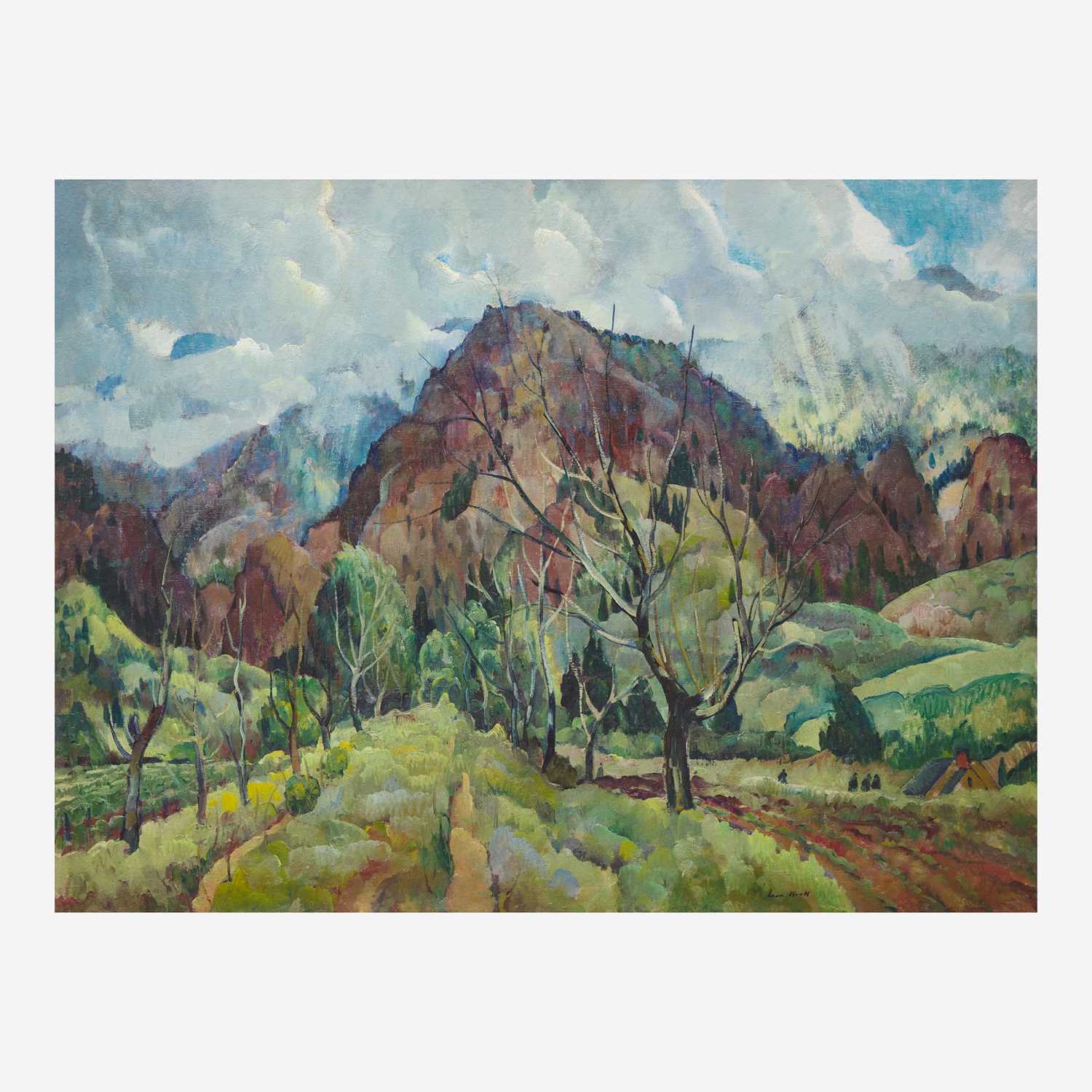 ACA Galleries, New York, New York.
Acquired directly from the above in 1984.
Collection of Mr. and Mrs. Arnold and Sandy Rifkin, Wilkes-Barre, Pennsylvania.

ACA Galleries, New York, New York.
Acquired directly from the above in 1984.
Collection of Mr. and Mrs. Arnold and Sandy Rifkin, Wilkes-Barre, Pennsylvania.

Leon Kroll was born in 1884 in New York City, where he studied at the Art Students League with John Henry Twachtman and at the National Academy of Design, where he later taught. He attended the Académie Julian in Paris, studying with French Academic painter Jean-Paul Laurens before returning to the United States. Greatly influenced by George Bellows and Robert Henri, Kroll maintained a realist style throughout his career, commenting in a letter in 1951: “even the so-called nonobjective artists inevitably use subject matter. I find their subject matter uninteresting and limited. Without copying nature, which is impossible anyway, selection can be made for emotional or any other expression of the infinite variety provided by life and nature."

Best known for his luxurious nudes, Kroll also painted city scenes, landscapes, still lifes and figurative works, sometimes painting on a grand scale for public murals. His work is included in major museum collections like the Whitney Museum of American Art, New York and important murals grace the Department of Justice Building in Washington, D.C. and the Worcester Memorial Auditorium in Massachusetts.