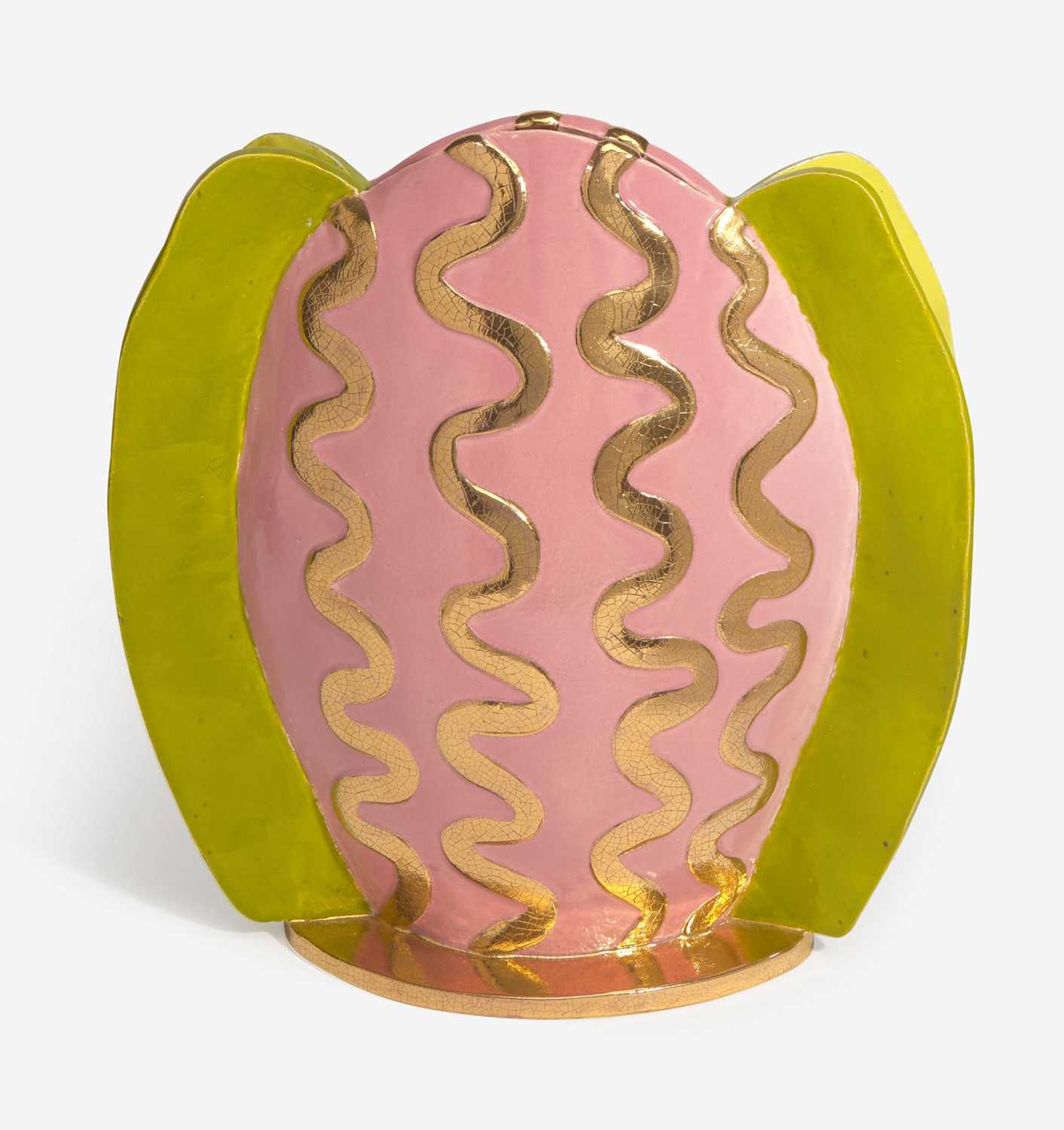 Born in Cleveland in 1930, Howard Kottler earned an M.A. (1956) and Ph.D. (1964) in Ceramics from Ohio State University and an M.F.A. (1957) under Maija Grotell at the Cranbrook Academy of Art. In 1957, he was awarded a Fulbright grant to Finland, where he worked at the Central School of Arts and Crafts and the Arabia Ceramics Factory in Helsinki, and collaborated with acclaimed Finnish potter, Kyllikki Salmenhaara. A ceramicist and influential educator, Kottler joined the faculty of the University of Washington in 1964, a position he held until 1989.

Drawing from far-reaching sources—including Dada, Cubism, Art Deco, Pop, and the Bay Area Funk Art movement—Kottler eschewed traditional studio processes and handicraft in favor of mass-produced and “readymade” objects, most notably decal plates. His work frequently engaged with contemporary social and political topics, and reflected personal and popular ideas about sex, religion, and civil rights. The recipient of numerous one-person and retrospective exhibitions, Kottler is featured in the collections of New York's Metropolitan Museum of Art and Whitney Museum of American Art; the Smithsonian American Art Museum in Washington, DC; the Los Angeles County Museum of Art; the London’s Victoria and Albert Museum; and the National Museum of Modern Art in Kyoto, among others.