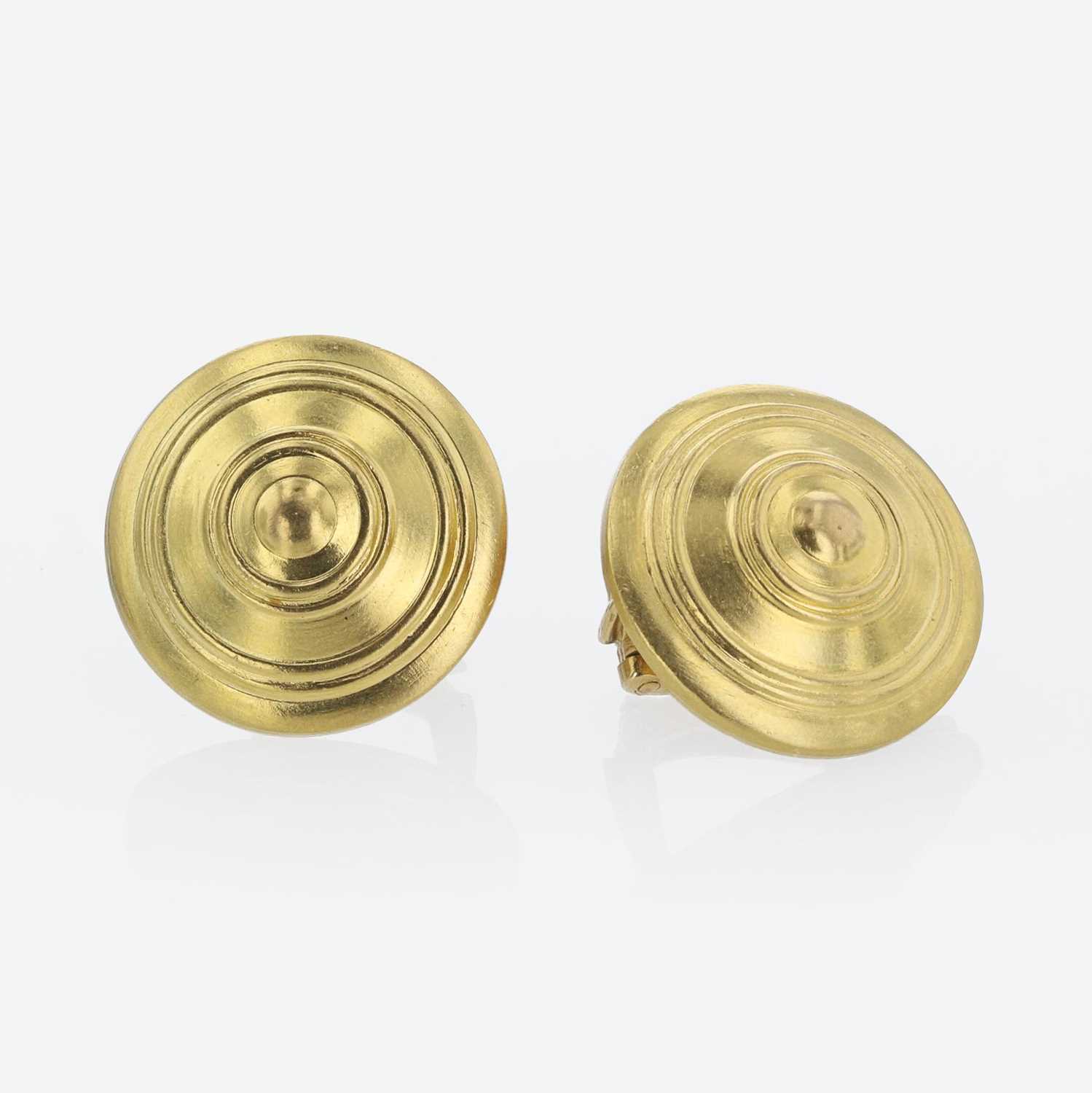 Ilias Lalaounis was born in 1920, in Athens, Greece, to a long line of goldsmiths and horologists. Despite studying law and economics at university, he ended up joining his uncle's jewelry business, where he learned the art of jewelry-making.

After World War II, Lalounis became inspired by ancient Greek artifacts, and began to design contemporary jewelry pieces using these old styles and techniques. Lalounis was fascinated by the old-world techniques, learning how to hand-craft his pieces and incorporate styles like filigree and granulation into his pieces.

Lalaounis branched out on his own in the 1960's after his uncle's passing, focusing on goldsmithing rather than the prominent gemstones his peers were highlighting. His gold designs were so renowned that he became the first goldsmith to be acknowledged by the Institut de France, Academie des Beaux Arts et des Lettres.

Today, the company is continued by his four daughters, who carry on his vision incorporating old-school design styles to create exquisite works of gold and gemstones.