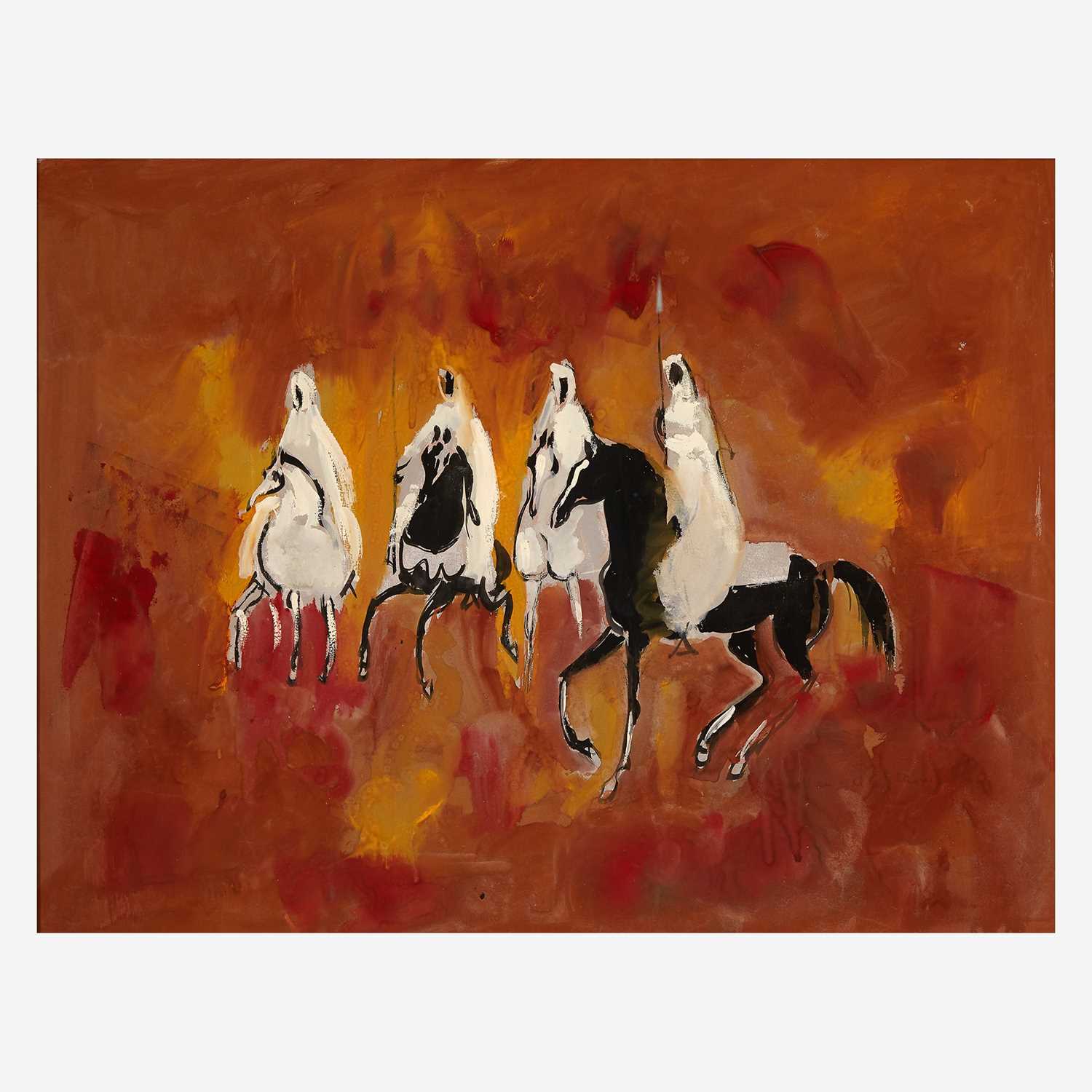 We are grateful to the artist's grandson, Brian Bexter, and The El Glaoui Estate for their assistance in confirming the authenticity of this work. The work is registered in the Artiste Succession Archives.

Born in Marrakesh in 1923, Hassan El Glaoui was a figurative painter who found inspiration in Moroccan and French cultures, and whose work is a testament to the cultural and political history of his country. The son of His Excellency Hadj Thami El Mezouari El Glaoui, alias “The Black Panther,” and Lalla Zineb El Mokri, daughter of the Grand Vizir Hadj Mohammed El Mokri, Hassan El Glaoui was expected to pursue a career in politics. However, he showed an interest and talent in art from an early age. Sir Winston Churchill was visiting Thami El Glaoui in 1943, when he saw a few of Hassan El Glaoui's paintings and encouraged his artistic development. A painter himself, Churchill stressed the idea that one could be both an artist and a politician – they were not mutually exclusive.

In 1952, with the support and endorsement of Anson Conger Goodyear, founder of the Museum of Modern Art, New York, Hassan El Glaoui enrolled at Les Beaux Arts in Paris under Jean Souverbie and Émilie Charmy. During the 1950s, Hassan El Glaoui began exhibiting and selling his work on an international scale, showing in galleries such as Wildenstein & Co. in New York and Galerie André Weil in Paris.

After the independence of Morocco and his father’s death in 1956, Hassan El Glaoui fled back to France. Nearly a decade later, the artist returned to Morocco, where he developed a close friendship with late King Hassan II. In 1967, King Hassan II visited the United States with a large delegation, including Hassan El Glaoui. As part of the celebrations surrounding his Majesty’s visit, El Glaoui was asked to exhibit some of his work at the Hammer Galleries in New York. The gallery, which was under the patronage of his Majesty King Hassan II, presented these works from February 14-25, 1967, and this gouache, Arab Horsemen, was included in the show. This work is a prime example of El Glaoui’s distinctive and delicate renderings of horses, often depicted galloping, as well as his mastery of figurative composition.