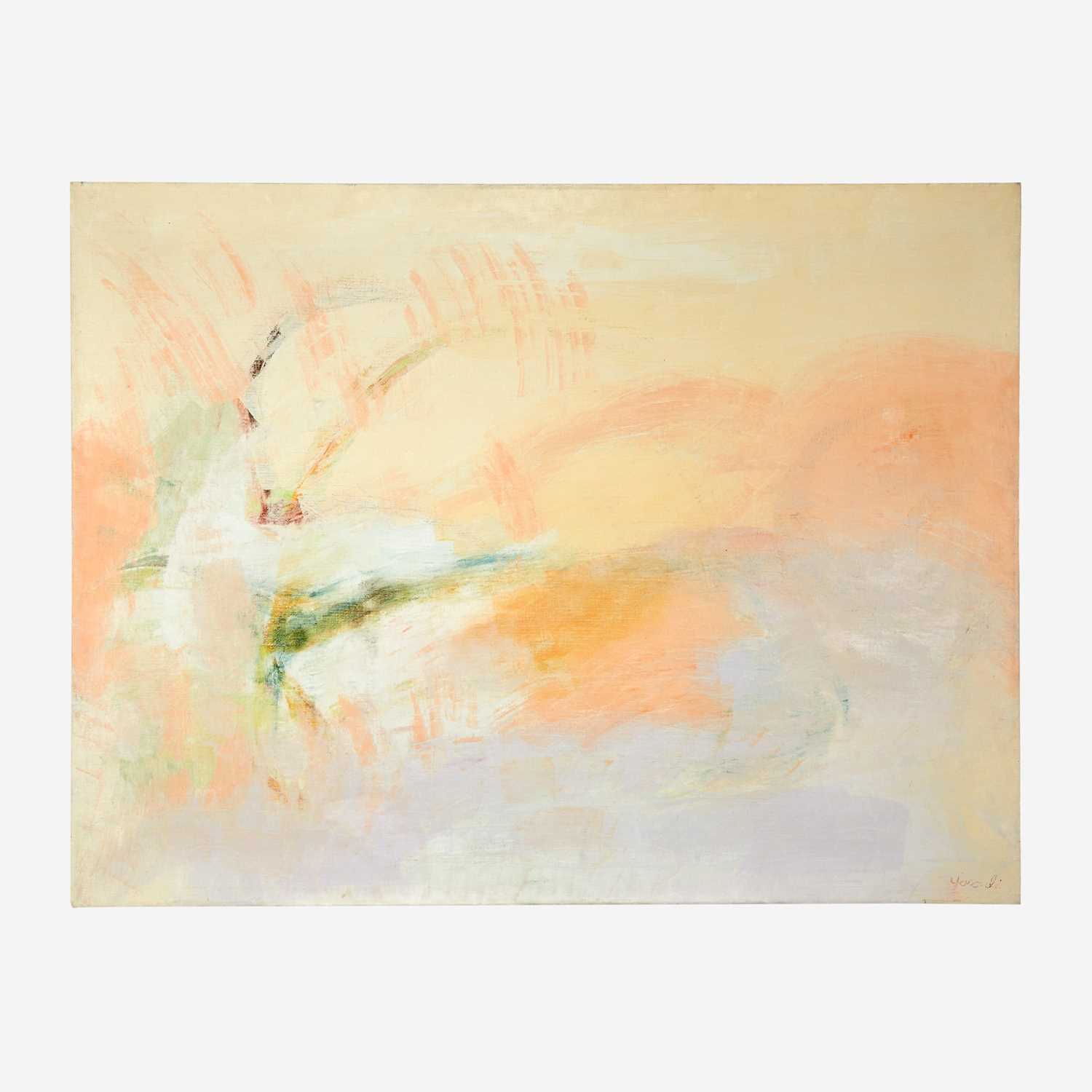 This lot is accompanied by a certificate of authenticity signed by Carol Cannon and dated September 9, 2021.

Ahmed Yacoubi was born in Fez, Morocco in 1928, claiming descendance from the Prophet Mohammed from both his father’s and mother’s families. While not formally trained in art, Yacoubi began sculpting at an early age, writing short stories, poetry and plays, and drawing. The artist met the American writer Paul Bowles and his wife Jane Bowles while translating for their tourist group in 1947, the beginning of a deep and abiding friendship, particularly with Paul. Both Paul and Jane introduced Yacoubi to artists, literary figures, and collectors, encouraging the artist to expand his artistic repertoire, to travel around the world, and to exhibit widely. Through Bowles, Yacoubi met Francis Bacon in Tangiers, where Bacon was spending the summers between 1956 and 1961 with his then partner Peter Lacy. In the Casbah, Bacon allowed Yacoubi to sit for hours and watch him paint, teaching him technique, and also supplying him with paints and canvases from London. He helped secure Yacoubi an exhibition at Hanover Gallery in London in 1957.

Absorbing American, British and European influences through Bowles and his counterparts, while also reflecting on his Moroccan heritage, Yacoubi developed his own particular style, layering oil paints and glazes to create ethereal, other-worldly abstractions. The four paintings offered here were painted near the end of the artist’s life, in his mature style, showing his continued experimentation with figures, landscape, and animal forms. The layering of pigment lends the paintings an inner glow that radiates a warmth, but also fosters a ghostly quality as figures seem to emerge from the background. As William Burroughs once wrote, Yacoubi’s paintings: “are maps of psychic areas indicating the typography and life forms to be encountered there... The painting of Yacoubi is a window opening into space. You do not look at his pictures but through them.” [1]