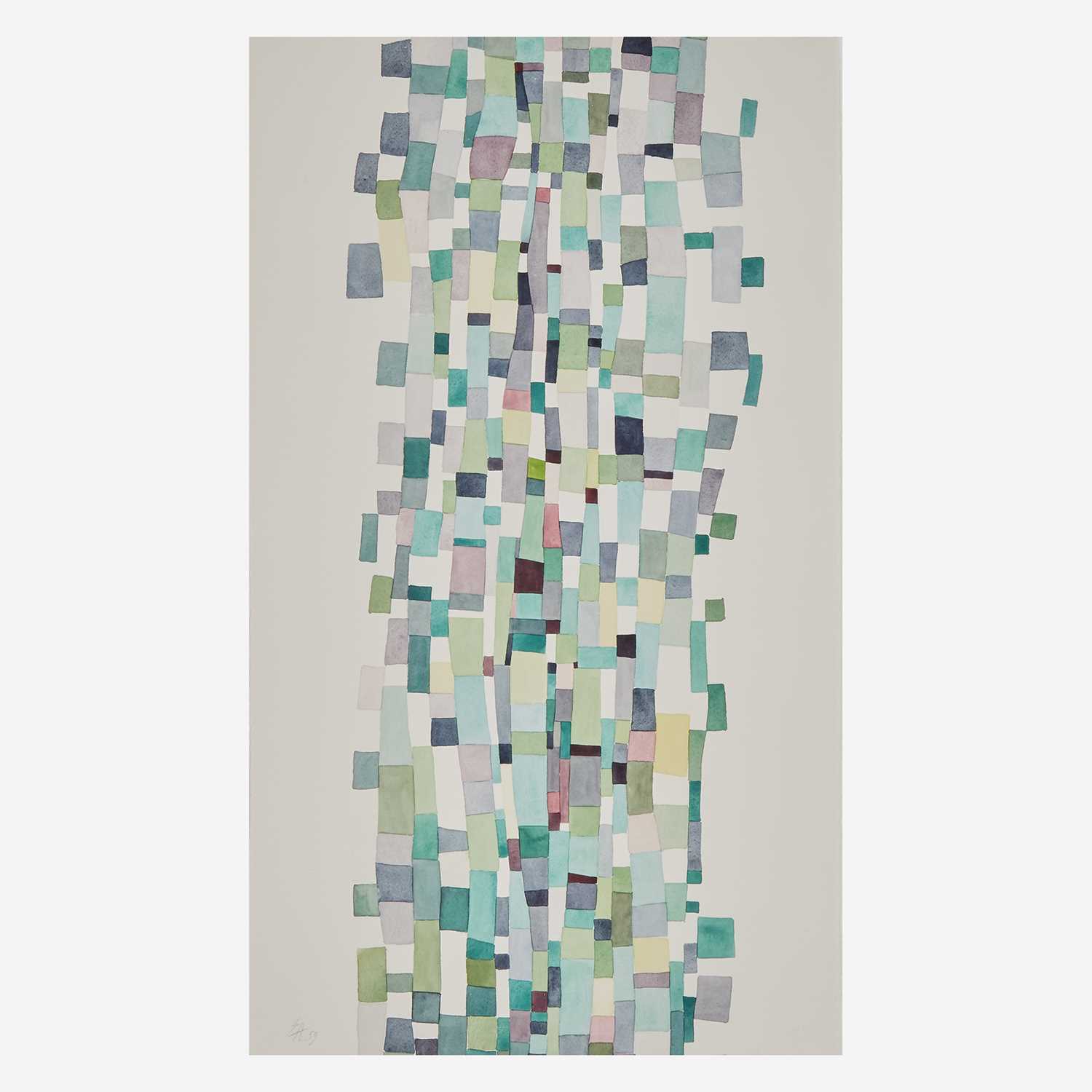 The Estate of Edna Andrade.
Locks Gallery, Philadelphia, Pennsylvania.
Property from the Estate of Gabriele Lee.

The Estate of Edna Andrade.
Locks Gallery, Philadelphia, Pennsylvania.
Property from the Estate of Gabriele Lee.

Born in Portsmouth, Virginia in 1917, Edna Andrade went on to become a pioneering figure within the largely male-dominated Op Art movement. Her canvases—dizzying arrays of colorful geometric patterns and black-and-white line work—created mesmerizing optical illusions through abstraction. After graduating from the University of Pennsylvania and the Pennsylvania Academy of the Fine Arts, Andrade spent the majority of her adult life in Philadelphia, where she went on to be exhibited in all of the city’s major institutions.

Andrade’s work has enjoyed continued interest and attention from Freeman’s clients both locally and internationally; her works regularly exceed their pre-sale estimates at auction. Untitled, a geometric canvas rendered in muted colors, achieved $21,250 in a 2012 sale, nearly doubling its pre-sale high estimates; Blue Cross with Red sold for $20,000 in 2013. Flying Cross, depicting intricate line work that creates an undulating design, achieved $15,000 in 2010; it was previously exhibited at PAFA in the 1990s.

Though Andrade almost exclusively worked as a painter throughout her career, she has likened her artistic practice to that of a weaver or fiber artist—and one look at the intricacy of her canvases makes the parallel clear. The enduring influence of Andrade’s work is still felt in her adopted city of Philadelphia, where she completed public commissions for the Free Library of Philadelphia and the Salvation Army; her work was also the subject of major solo shows at PAFA and the Institute of Contemporary Art in Philadelphia.