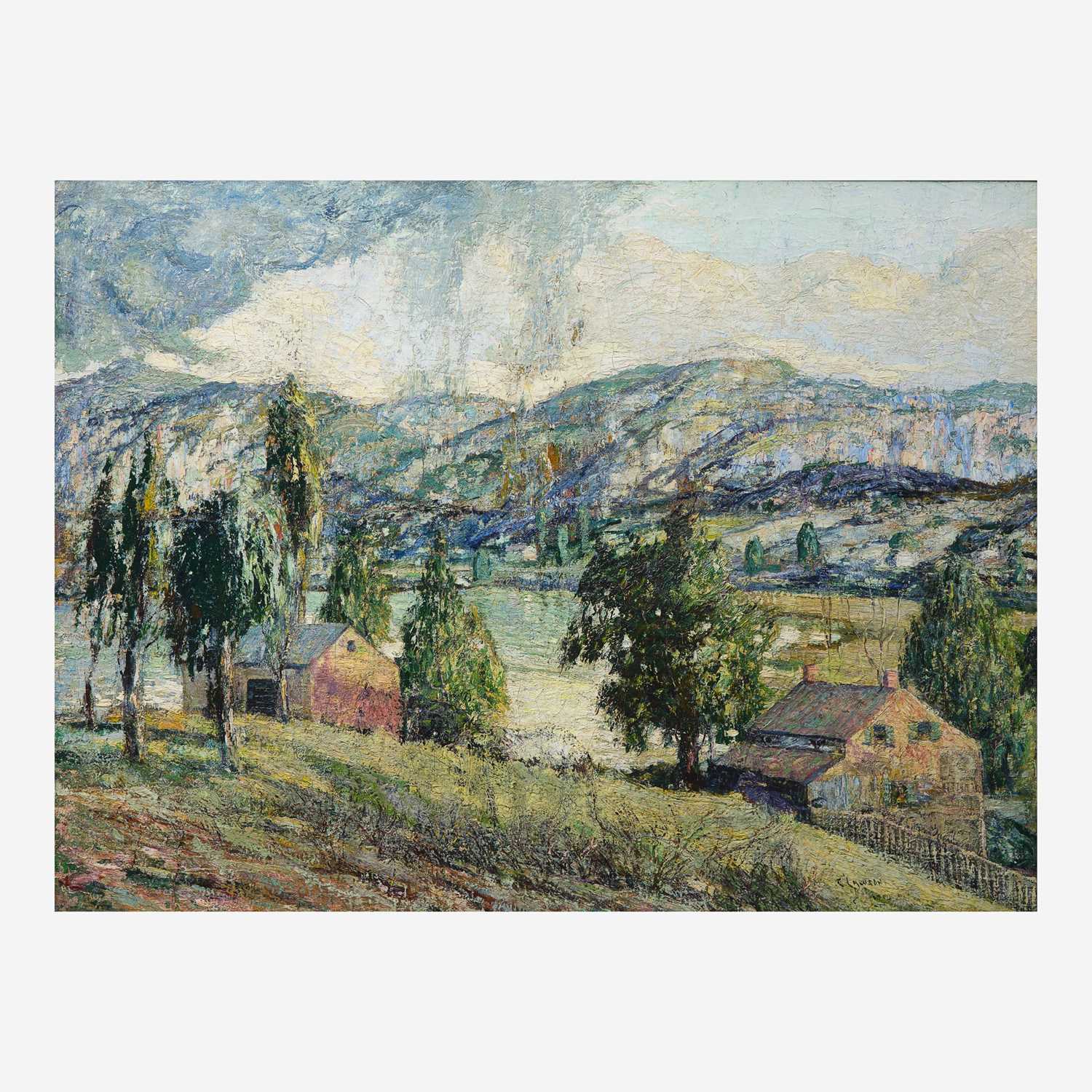 Hammer Galleries, New York, New York.
Acquired directly from the above in 1986.
Collection of Mr. and Mrs. Arnold and Sandy Rifkin, Wilkes-Barre, Pennsylvania.

Hammer Galleries, New York, New York.
Acquired directly from the above in 1986.
Collection of Mr. and Mrs. Arnold and Sandy Rifkin, Wilkes-Barre, Pennsylvania.

While the themes of his paintings, his palette and his brushwork apparently rank him amongst American Impressionists, Ernest Lawson affiliated with painters known as The Eight, as well as with the Ashcan School at large. The artist mostly favored landscape paintings, especially around the remote environs of Upper Manhattan such as Westchester, which he here renders in pallid hues and broken brushwork. Robert Henri, a close friend of Lawson, was impressed by Lawson's artistic sensibility, about which he commented: "there is the love of the vibration of light...his power to see the poetry in it, his desire to express all the romance of nature without adding to it, finding enough romance in the thing as it exists." Such a citation can be applied to the beautiful, sun-dappled Westchester Hillside, which features quaint habitations at the bottom of the titular hills, with blues, greens and purples permeating the canvas, thus echoing the neighboring sky and river. More exuberant in execution than his earlier tonalist and subdued compositions, the work bestows a reinvigorating force translated by the newfound use of the palette. The rich and highly textured surface enhances the rich tonalities of the pastoral landscape, resulting in a "crushed jewel" masterpiece, to use the famous term coined by Lawson's main critic, James Huneker. Contrary to his fellow members of The Eight, Lawson never depicted industrialization or modernism too blatantly, and instead preferred to hint at it in a more subtle way: by depicting the namesake Harlem River, so far away from New York City and its skyscrapers, Lawson paved a new way to modern landscape painting, based on the technique rather than the subject.