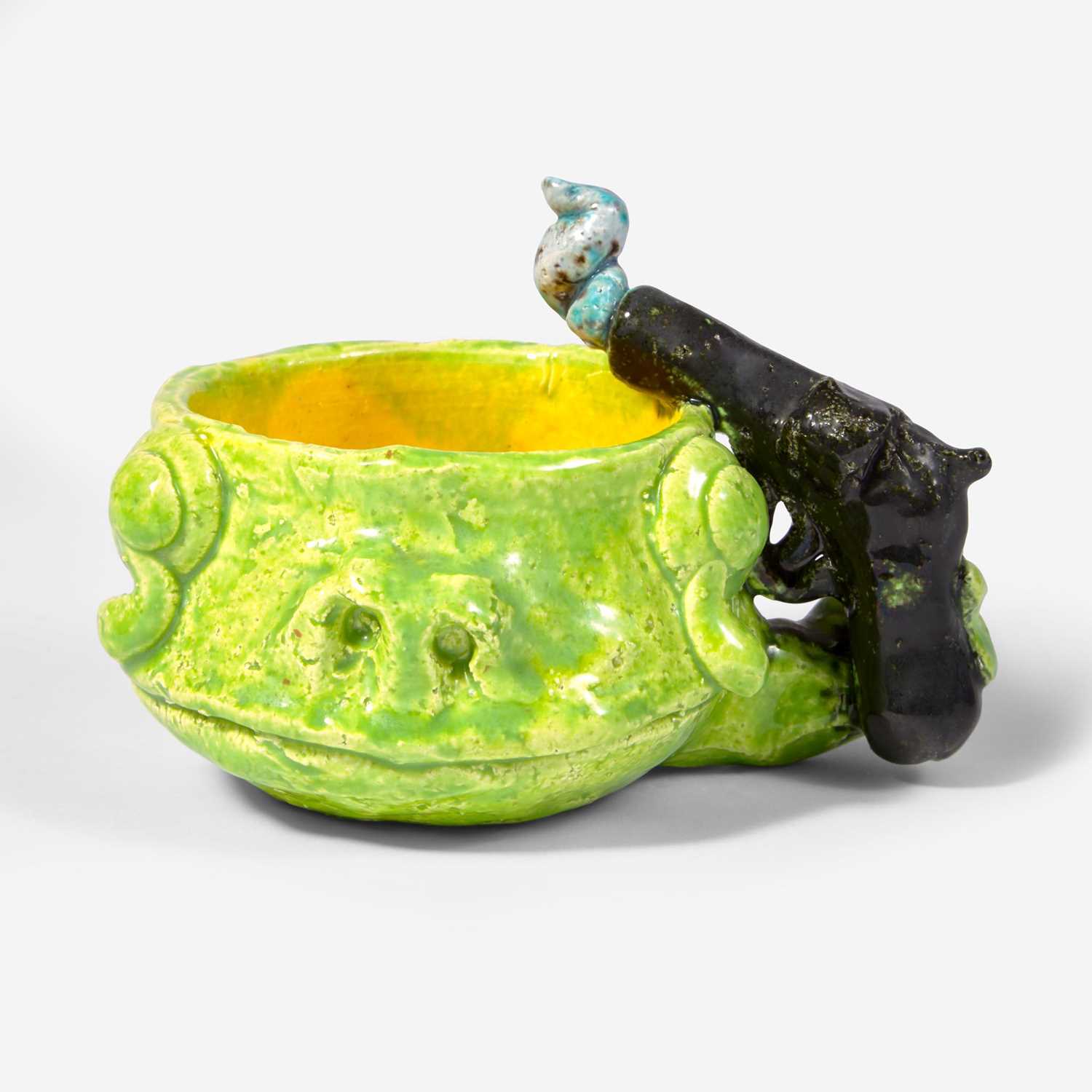 David Gilhooly was born in Auburn, California, and he graduated from the University of California, Davis with a BA in 1965 and an MA in 1967. Gilhooly, together with Robert Arneson, Peter Vandenberge, Chris Unterseher and Margaret Dodd, working together in TB-9 (temporary building 9) were what was later to be called, The Funk Ceramic Movement of the San Francisco Bay Area. David left TB-9 for one semester to become Manuel Neri’s assistant and started making things out of lumber, fur, neon lights and asbestos shingles.

In 1969, Gilhooly took a teaching position at the University of Saskatchewan, in Regina, Canada. He followed this with seven years at York University, in Toronto, Canada.

In 1982, Gilhooly started exploring the media of Plexiglas, but still produced a multitude of ceramic pieces.

Gilhooly died of complications related to cancer on August 21, 2013.