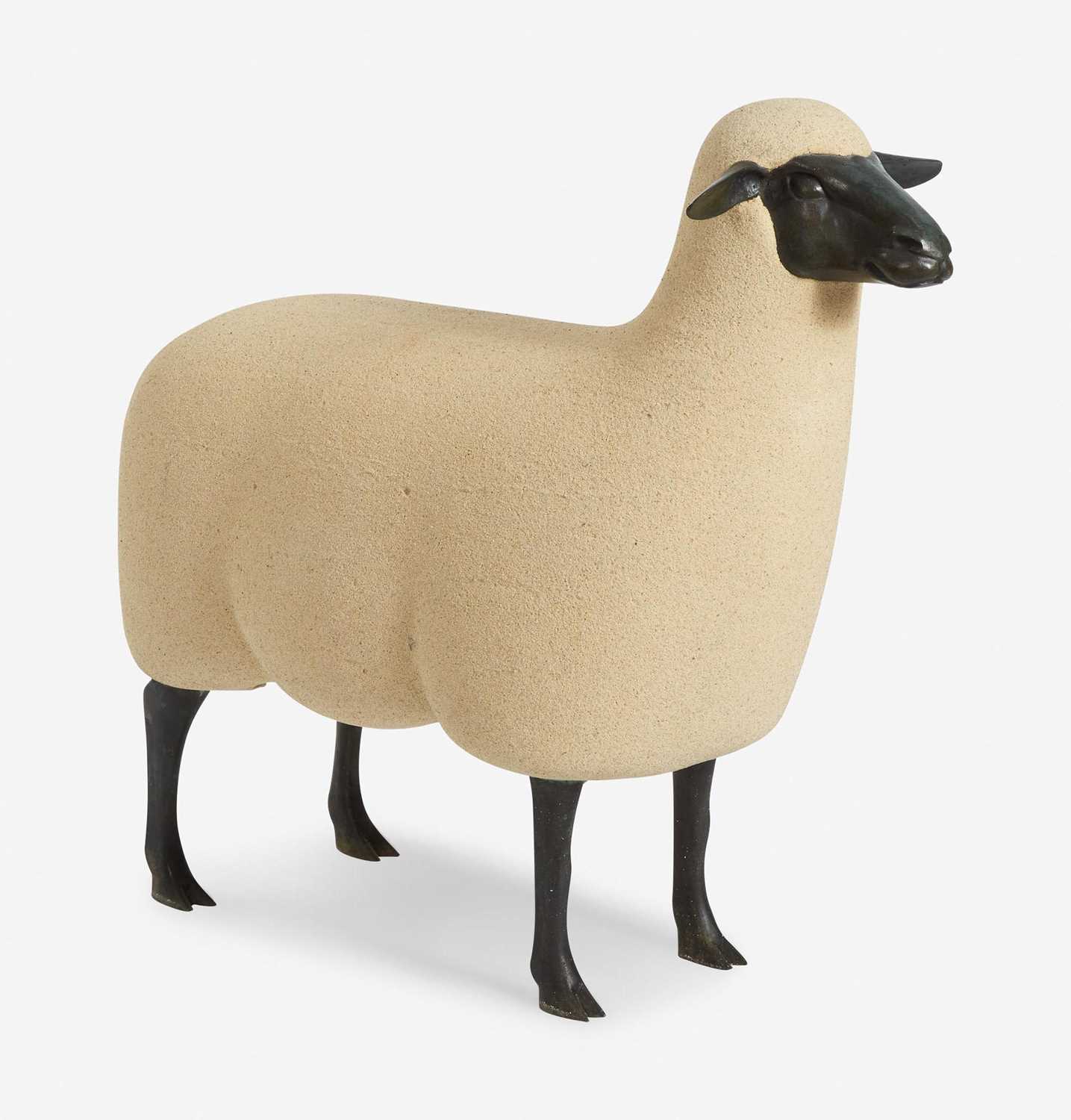 Collection of Charles Graham Berwind Jr., Pennsylvania (by repute acquired directly from the artist circa 1990s).
By descent in the family.
Private Collection, Pennsylvania.

Collection of Charles Graham Berwind Jr., Pennsylvania (by repute acquired directly from the artist circa 1990s).
By descent in the family.
Private Collection, Pennsylvania.

Les Lalanne – the co-creating husband and wife artists François-Xavier Lalanne (1927-2008) and Claude Lalanne (1925-2019) – are best remembered for their unique, amusing and surrealist take on the animal kingdom. Among the creatures that inspired them most, aside from the gorilla, the hippopotamus, and the rhinoceros, were the sheep.

François-Xavier Lalanne presented his first sheep creations in 1966 at the Salon de la Jeune Peinture in Paris, twenty-four wooly creatures, some with bronze faces and some without heads. The sheep could serve as a bed, a sofa, or a chair and visitors were invited to interact with them in the gallery. As Lalanne himself described them: “The sheep in a Parisian apartment: it's a bit of the ‘countryside in Paris.’ It's always easier to have a sculpture in an apartment than a real sheep. And it's even better if we can sit on it." By presenting the flock in a painting show, and making sure every visitor would leave with this striking image in mind, Lalanne boldly blurred the lines between painting and sculpture. Through an ordinary, common animal, he revolutionized the art establishment: “I wanted to do something very intrusive, because if you present a small object, no one sees it (…) This idea of a herd struck me as a peaceful idea (…)”

After the success of the 1966 installation, Lalanne designed another model of his famous sheep in 1979. After moutons de laine ("wooly sheep"), he created moutons de pierre (“stone sheep”) made of patinated (cast) bronze and epoxy stone – as exemplified here. Such new material added versatility, which could now be alternatively exhibited in a domestic interior or grazing outdoors in a grassy field.