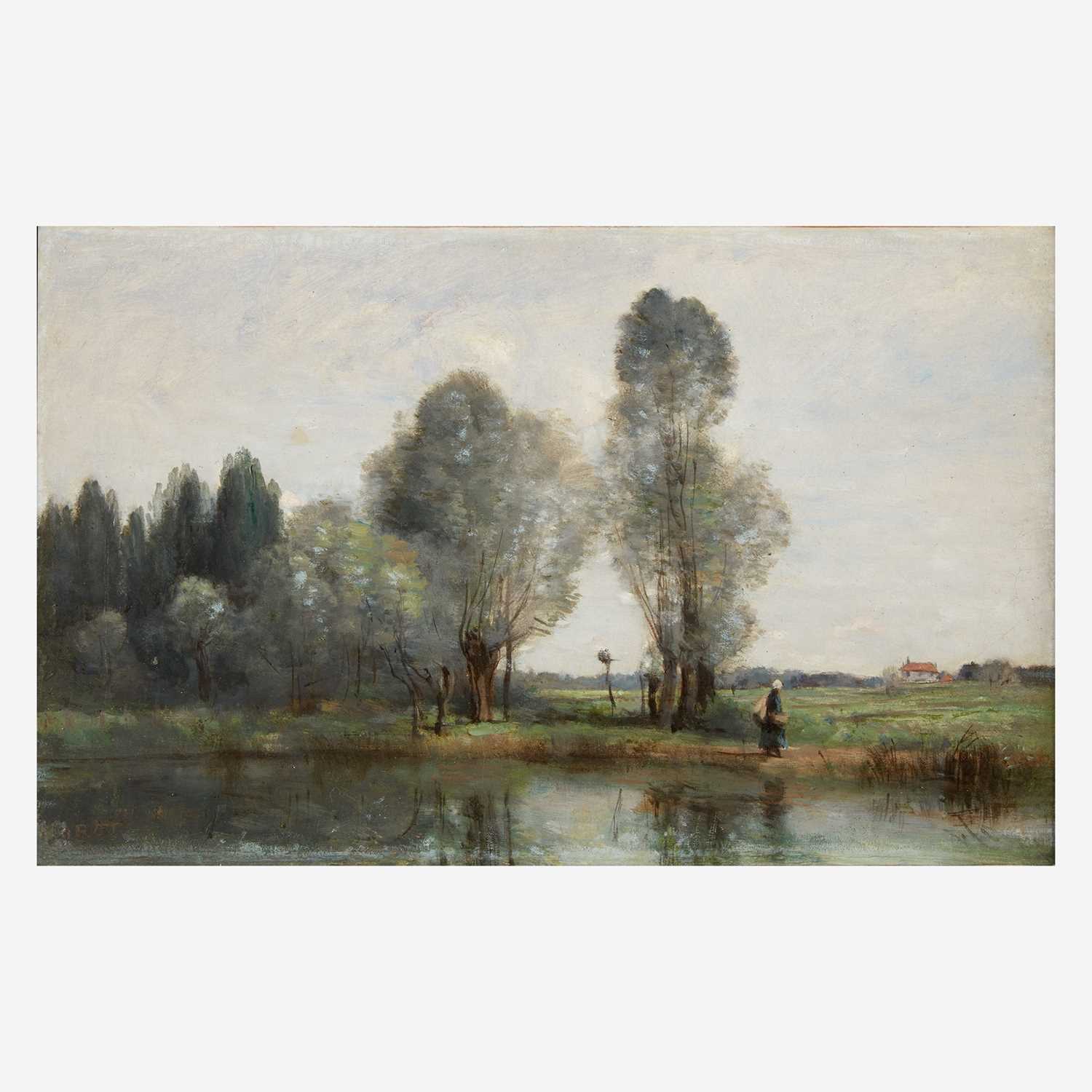 Corot particularly liked the Limousin region, a lush part of central France known for its quaint hamlets, stone villages and quiet streams. From 1846, he would often sojourn there in the summer, inspired by the overall quietude of the place. The present work is quintessential in that it represents Limousin’s characteristic topography, mixed-in with elements that Corot gleaned and brought back from his trips to Italy, contributing to a highly lyrical landscape. One admires the simplicity and overall poetry at play here, a result of Corot’s synthetized heritage of both Barbizon School and classical landscape painting from the 17th century. The present painting was in fact so representative of Corot’s art that it was included in the highly selective Memorial exhibition celebrating Corot’s 100th birthday in 1895 at Palais Galliera, where it was shown among Corot’s similarly famous plein-air sketches, and later Souvenirs.