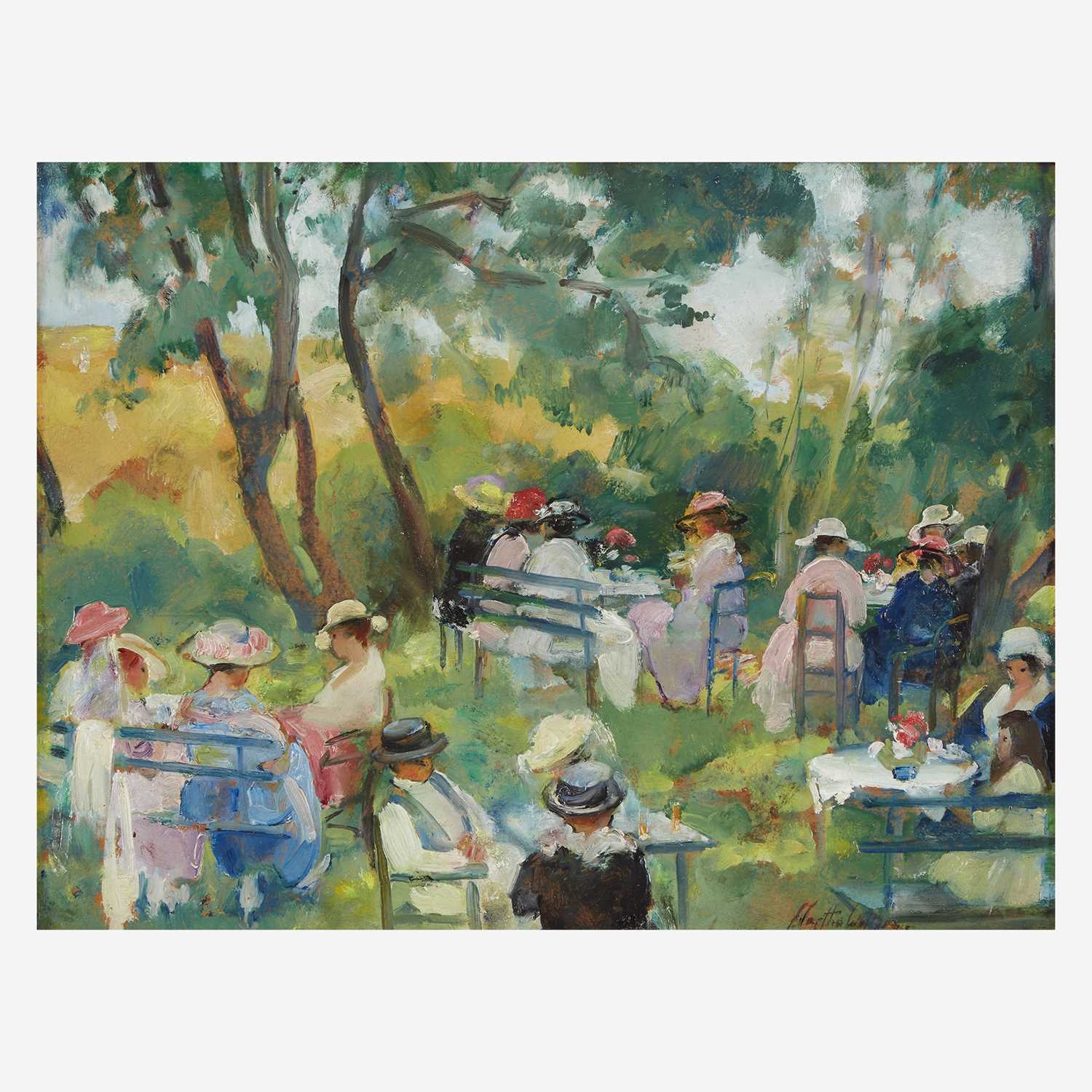 The Artist.
The Estate of the Artist (no. 49).
David David Gallery, Philadelphia, Pennsylvania.
Acquired directly from the above on March 15, 1989.
Private Collection, Fort Worth, Texas.

The Artist.
The Estate of the Artist (no. 49).
David David Gallery, Philadelphia, Pennsylvania.
Acquired directly from the above on March 15, 1989.
Private Collection, Fort Worth, Texas.

Impressionist Martha Walter was born in Philadelphia in 1875. She was a student at the University of the Arts, as well as the Pennsylvania Academy of the Fine Arts, where she studied under William Merritt Chase. While at the Academy, she received the prestigious Cresson Scholarship, which allowed her to travel to Europe to continue her education. She visited Spain, the Netherlands, and Italy, before enrolling at the Académie de la Grande Chaumière in France. When World War I broke out, Walter returned to the United States and began painting plein-air subjects such as Ellis Island, the fishing village of Gloucester, as well as portraits of children. She received many awards throughout her long career (she died at 101), and her work is still visible in the permanent collections of the Musée d'Orsay in Paris, the Art Institute of Chicago, the Pennsylvania Academy of the Fine Arts, as well as the Detroit Institute of Arts, and the Cincinnati Art Museum.

Her intimate depictions of women (often mothers) and children is what she is best known for today. Such themes earned her great critical acclaim early on in her career, as well as financial success and as such, she frequently returned to them. Tea at the Country Club and A Day at the Beach are two quintessential examples of Walter's inimitable talent. Both are rendered in her typical impressionistic style and vivid palette, and perfectly capture, in the shortest and quickest dabts of paint, the world of delicacy and gentile sophistication that Walter was a part of. Both oils were painted at the height of the artist's fame, and feature the artist's characteristic figures at leisure, whether it is a peaceful moment of sociability spent at a fashionable Country Club, or a joyful afternoon spent amongst family members at the beach. Each work conveys the same vitality and energy. Specifically, they showcase Walter's love of contrasts between soft, pastel-like hues (such as the ones used to depict the lush garden enveloping the elegant ladies, or the children's rosy-cheeks on the beach), and the deep, bright colors surrounding them, whether it is the shimmering dresses of the country club going ladies, or the jewel-like balloons floating against the pale blue sky.