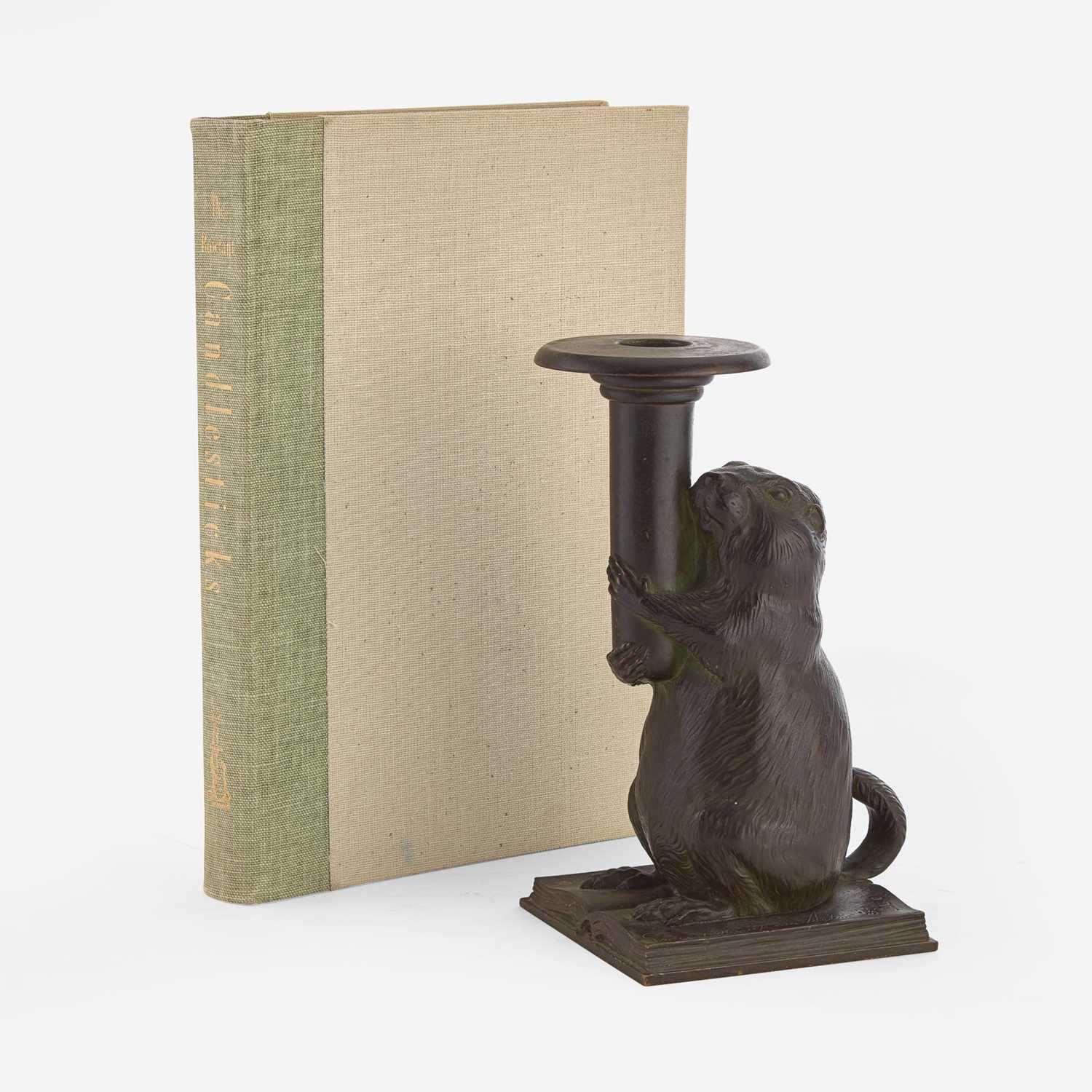 Together with the book: John Calder Pearson, The Rowfant Candlesticks (The Rowfant Club, Cleveland, 1959)

Together with the book: John Calder Pearson, The Rowfant Candlesticks (The Rowfant Club, Cleveland, 1959)

The Rowfant Club was founded in 1892 as a private bibliophilic society in Cleveland, Ohio. Beginning in 1894, the club’s members had maintained an ever-growing collection of candlesticks (which they used in club ceremonies and to reserve a place at their weekly dinners), but desired a “Rowfant candlestick” unique to the club and in 1903 Tiffany Studios was engaged to cast 100 of these candlesticks in bronze for the club’s members.This example is Number 34 of the 100 cast.

The wildlife artist, author, and naturalist (and honorary club member) Ernest Thompson Seton (1860-1946) designed the candlestick, which features the club’s three emblems – the book, the groundhog, and the candle – and it was modeled by James Lippitt Clark (1883-1969), an explorer and artist known for his animal sculpture who worked for the American Museum of Natural History. Along the base, Seton’s signature is accompanied by the paw print he used on correspondence; it also reads “J.L CLARK MODELLER” and “ROWFANT CLUB CLEVELAND 1903.”