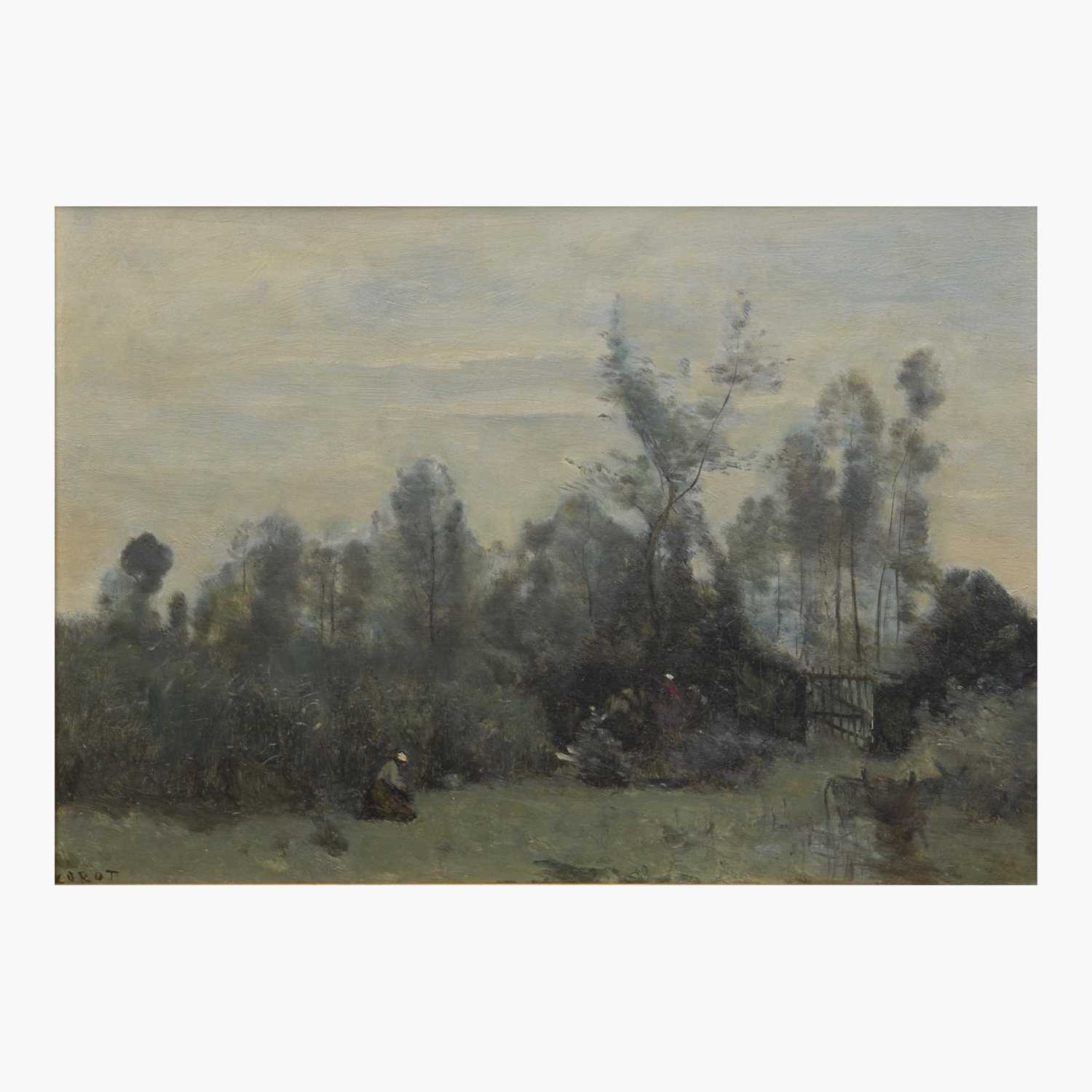 By the mid-19th century Corot firmly established himself as the leading figure of the Barbizon school of painting. Along with fellow artists Charles-Francois Daubigny, Narcisse Diaz de la Peña, Jules Dupré and Henri Joseph Harpignies, members of this group concentrated their efforts on painting the rich, wooded landscapes and forests of Fontainebleau and the surrounding regions of Bas-Bréau, Ville-d'Avray and Jean-de-Paris - paysages often sparsely populated by a lone figure or peasants undertaking their daily tasks. Corot's intimate landscapes have been characterized as idyllic, even dreamlike, while still maintaining an adherence to a nearly monochromatic color palette and a quiet restraint, as shown in the present work.