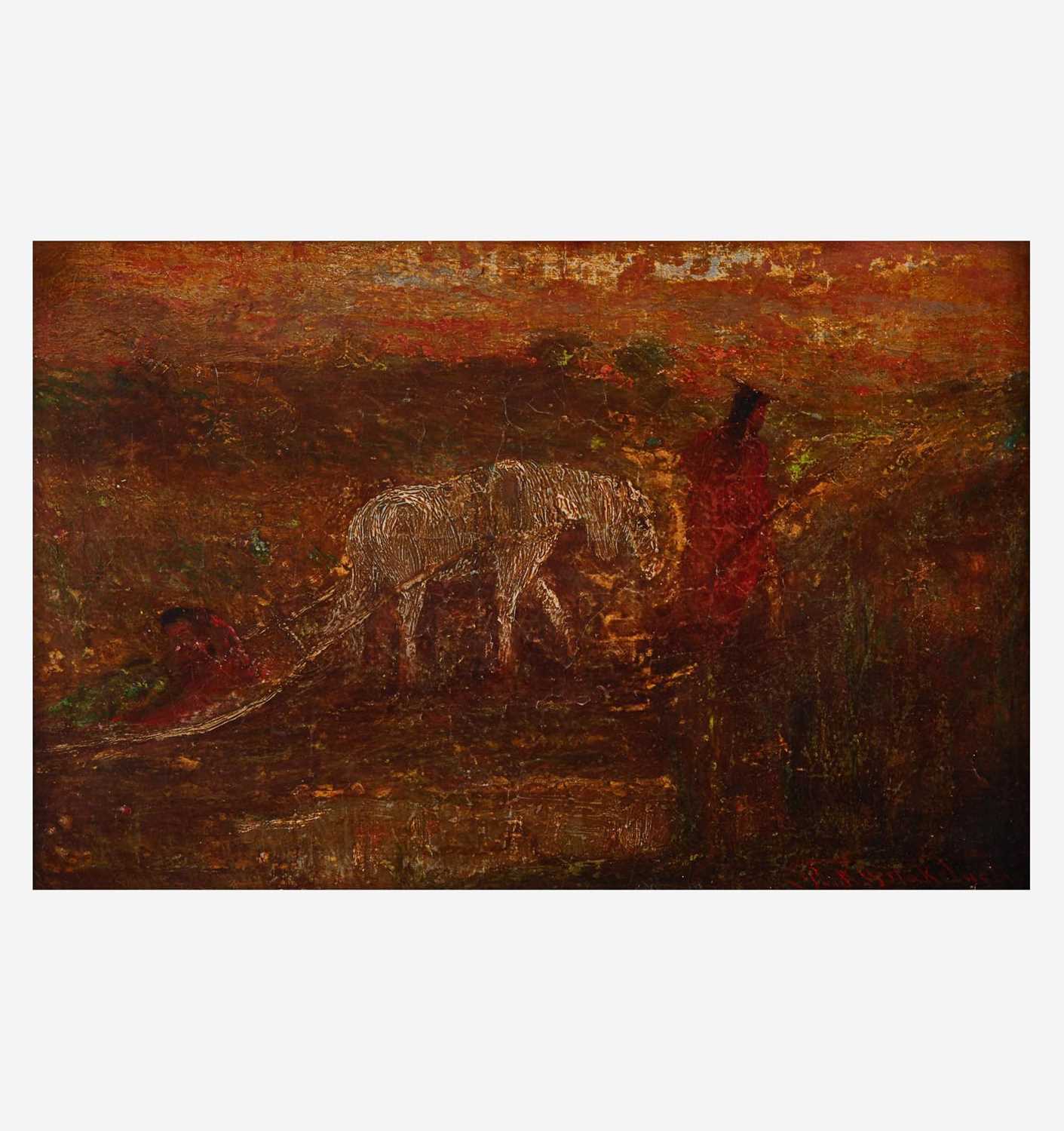 This painting is included in the University of Nebraska, Nebraska Blakelock Inventory as NBI-1271, Category II.

Despite being born to a well-known physician in New York City, Ralph Albert Blakelock abandoned his education in medicine after discovering a passion for music and art. Declining his parents' offer to send him to art school, he took a three-year trek across the American west on horseback. After returning to New York, he developed his signature, labor-intensive practice of thickly applying and chipping away at layers of paint to create hauntingly moody scenes. In 1899, he suffered a mental breakdown and was diagnosed with dementia praecox (now known as schizophrenia) and was committed to the Middletown State Hospital for the Insane. After hospitalization, the value of his work skyrocketed, and he became one of the most popular artists in the country despite being institutionalized the rest of his life. Indian with Horse and Cart draws on his earlier travels out west while serving as a prime example of his paint application method.